A record amount of snow fell in the western United States, reports YAHOONEWS. 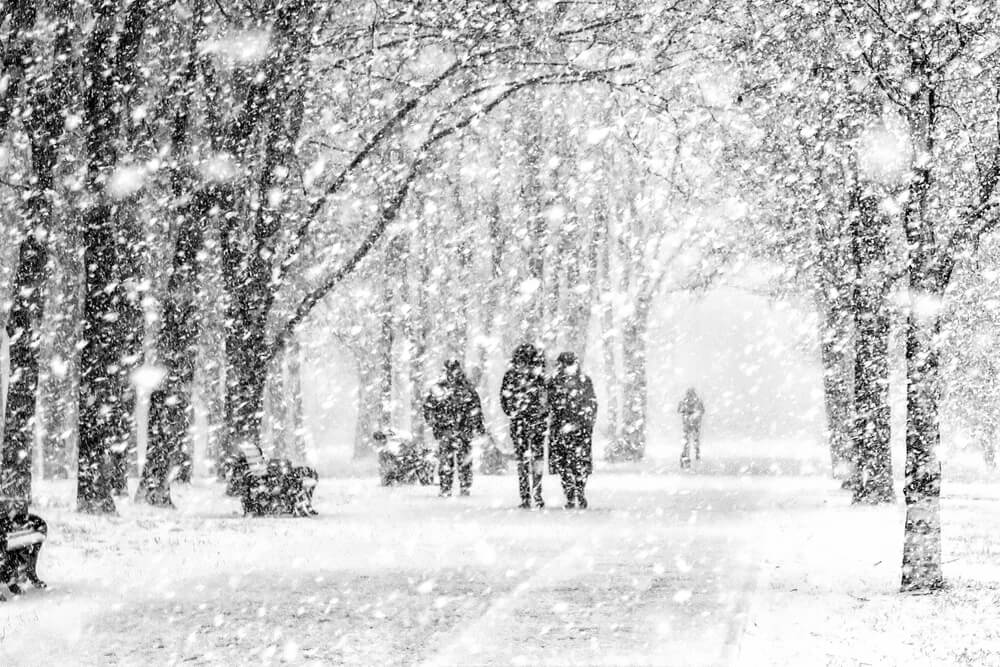 Decorating Halloween homes, shopping for candy, and carving pumpkins are common chores in late October, but it all looks different this year amid massive snowfall in the western United States due to storms that have swept the region since October 24.

Heavy rain and dangerous flooding in areas affected by fires in California were devastating. The snow has turned the highlands into a fairy tale, and the roads into a complete nightmare.

Bill Waddell of AccuWeather said experts told him last week that the Sierra Nevada needs good snow cover this winter to help the West get out of a prolonged drought.

“Well, let's talk about a good start to the season,” Waddell remarked while reporting from Truckee, California, a small town in the northwestern part of the state about 50 km across the Nevada border from Reno.

1 meter of snow fell across the California-Nevada border at the popular Mount Rose ski resort in Reno. Across the region, several other ski resorts also received 60cm of snow, while many others received over 2,5cm of rain.

Such heavy rainfall is not just atypical for October, it was record-breaking in many cases.

Heavy snowfall is not only a potential first step in the fight against drought, but also a very valuable gift for ski resorts.

Mammoth Mountain Ski Resort has received more than a meter of snow this month, making this October the second most snow in the resort's history. As a result, Mammoth Mountain will open for skiing and snowboarding on October 29th.

The abundance of snow at the start of the season will allow winter sports enthusiasts for just the 10th time in Mammoth history to go skiing and snowboarding in October, according to KTLA. Cameras positioned on the mountain have captured the beauty of a winter wonderland awaiting visitors later this week.

At the Donner Summit, the University of California, Berkeley Central Sierra Snow Lab reported Oct. 26 that a new cover of 15cm of snow raised the overall October dimensions to 121cm, less than 5cm less than the absolute record. More than 80 cm of this total came from this recent storm system alone.

On the subject: California will destroy 10 thousand trees, including sequoias: they pose a fire threat

Meanwhile, snow depth measurements at state SNOTEL stations near Lake Tahoe showed record snow depths on October 26 at 10 of the 17 reporting stations, most of which have been in operation for 30 years.

At Independence Lake, the station has never recorded snow as high as 99 cm, recorded on October 26 in the morning.

Outside the mountains, this snow was not a miracle - the situation on the roads became more complicated.

Back in Truckee, Waddell reported that the traffic "was an absolute nightmare" due to heavy snowfall.

Behind him, he said, CalTransit stopped large trucks to check the snow chains on the tires, more than a necessary component for safe driving in winter conditions.

The technical facilities throughout the region needed all the help they could get.

Drone footage from Brandon Clement's Live Storm Media showed a seemingly endless line of trucks stuck on the side of a highway in nearby Verdi, Nevada.

Waddell also said transport logistics and power outages due to snowfall forced some schools to cancel classes on Monday. The snowfall came just a couple of months after many of the same schools barely started classes after a season of intense wildfires.

However, some residents also see a positive side to the unfolding storm.

After a decade of catastrophic bushfire seasons, early-season rainfall effectively suppressed any chances of fire reoccurrence.

“I'm really happy to see this snow after the wildfire season, we live in fear all summer,” Alisen Navarro from South Lake Tahoe told Wadella. - So every year, but this particular year was extremely stressful. So it's nice to see such extreme weather. ”