Home Page In the U.S. Time magazine named Man of the Year

The American Time magazine named a group of journalists “Person of the Year”, including the Washington Post columnist Jamal Khashoggi, who was killed in October under unclear circumstances, writes with the BBC. 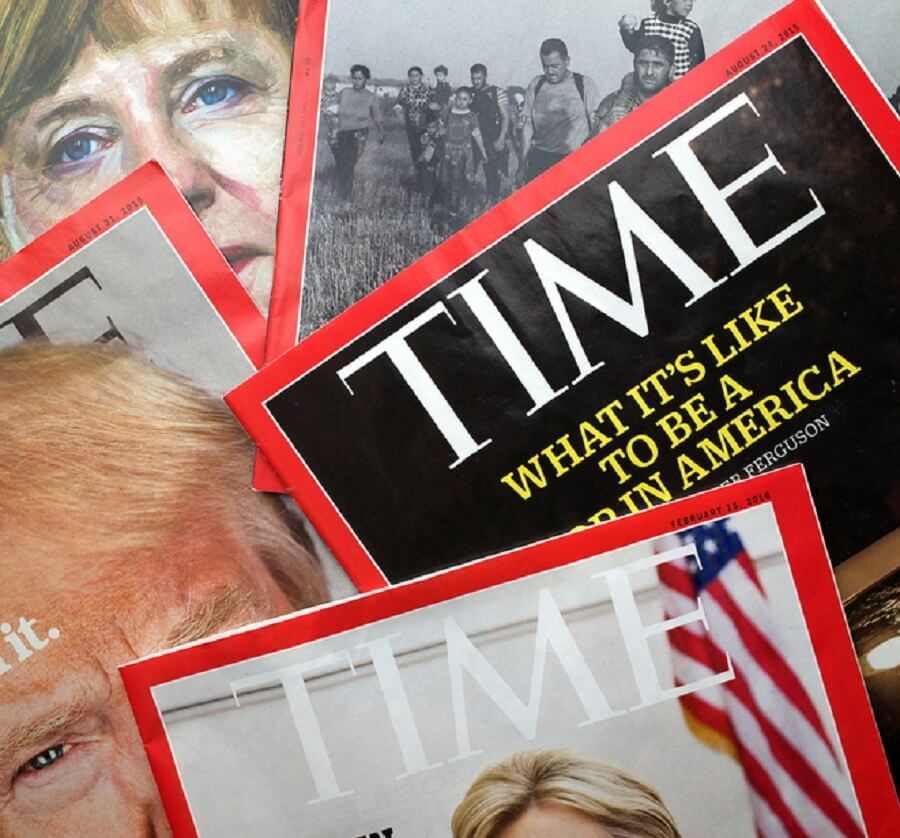 The group also included Maria Ressa, editor of the opposition Filipino portal, Reuters journalists Wa Wa Lon and Kya Soo, convicted in Myanmar for investigating violence against Rohingya Muslims, as well as the staff of the American newspaper Capital Gazette, which was armed in June.

Time called these journalists “Guardians”. The portal of the publication notes that they were chosen as persons of the year “for a risky search for the truth, for an imperfect but necessary search for facts, for bold statements and speeches”. 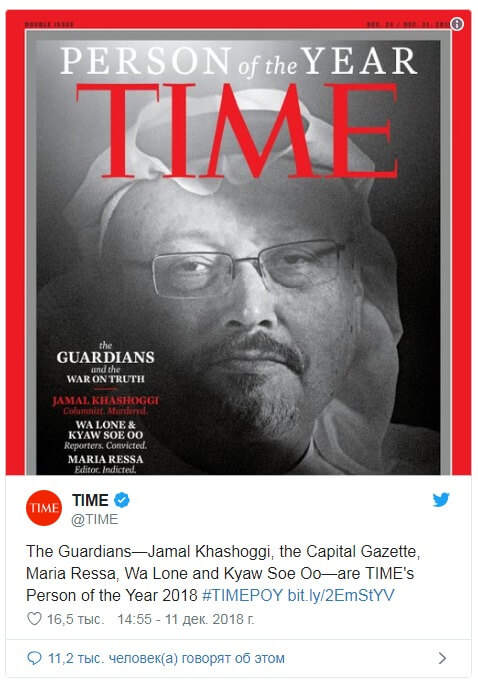 The shortlist of candidates for the title of "Person of the Year", published the day before, included, among others, Russian President Vladimir Putin, US Special Prosecutor Robert Mueller, US President Donald Trump and the wife of British Prince Harry, Duchess of Sussex Megan.

A native of Saudi Arabia, Washington Post columnist Jamal Hashoggi was known for his critical attitude towards Saudi authorities.

2 October, he went to the consulate of Saudi Arabia in Istanbul and disappeared.

Initially, the Saudi authorities denied the death of a journalist, but on October 20, the country's Prosecutor General’s Office reported that he died as a result of a fight. A few days later, the department said that the murder of Khashoggi was intentional.

Saudi Arabian authorities reported that 18 suspected suspects in the murder case were detained; several high-ranking Saudi officials were deprived of their posts.

The day before, Fahrettin Altun, head of the public relations department of the Turkish presidential administration, said that Mohammed Altaibi, the consul general of Saudi Arabia in Istanbul, was involved in the murder.

He also noted that Turkey is disappointed with the statement of the head of the Foreign Ministry of Saudi Arabia that the kingdom will not extradite its subjects as part of the murder investigation.

What is known about other "guards"

Last year, a group of people was also recognized as “Person of the Year”: then this title went to women who launched the online movement #MeToo.

The #MeToo hashtag, which has been accompanied by female Twitter users with stories of how they became victims of sexual harassment or violence, gained huge popularity on Twitter last year.

The magazine's traditional honorary title was first awarded in 1927 and was originally named “Man of the Year”. Most of the laureates received this title individually, however, there were earlier cases when a group or community received the title “Person of the Year”.

Each of the Ebola fighters became Time's Person of the Year 2014, and in 2011 the magazine noted the significance of the Arab Spring and declared the generalized “protester” “Person of the Year”.

Brexit will not be? In Britain, moved the most important vote

“Do not think that everything is so rosy here”: Armenians about life in America