Main page In the U.S. US residents receive extra unemployment benefits: what it threatens and how to return the money

Correspondent USA Today Jessica Menton understood why some Americans receive too large amounts of unemployment benefits, while others do not see money at all, and talked about her own experience of returning excess benefits. Further - from the first person. 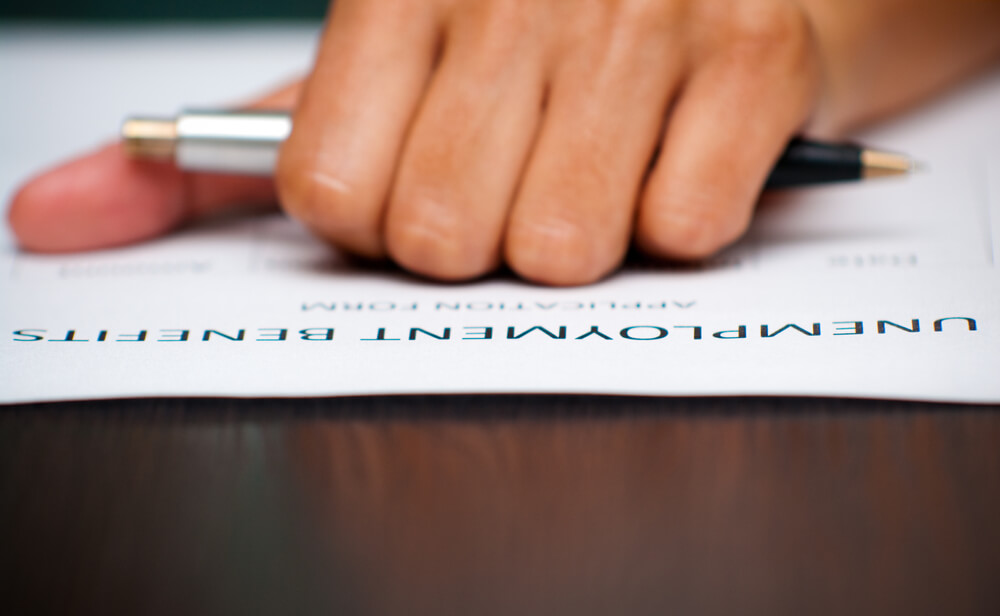 In April, I was temporarily suspended from work, at first I tried to get unemployment benefits. But, ironically, the problem was not solved the way I expected: I am not just paid, but overpaid. While millions of Americans are not receiving unemployment benefits, some people like me have the opposite problem: the government is sending us too much money - and all this is money that we have to return.

Gannett, my employer and publisher of USA TODAY, announced in late March that some reporters and editors would be suspended from work in the second quarter. Under the CARES Act, a federally funded Pandemic Unemployment Assistance Program was created that provides unemployment benefits for suspended workers who are generally not eligible for traditional benefits.

I applied for benefits in New York via the Internet at the end of April after my first week of forced leave, but then I received a message that my application was incomplete and I need to call the unemployment department. But I could not get a response from a real person for a month, listening only to automatic messages.

State unemployment systems were overloaded after 42 million Americans applied for unemployment benefits since mid-March, as enterprises affected by the pandemic massively fired workers.

After persistent calls, staying on the line for several hours and talking with several people, I got the application reviewed. A few days later I received the first payment. A week later, checking my bank account, I found a whopping $ 4000 there. This could not be a real amount: I did not even confirm my last request, continuing to receive error messages. So I immediately warned the employer and contacted the New York Labor Department.

No one could have predicted in advance the wave of unemployment claims that will hit the United States due to the pandemic, she said. All states had a hard time, but "New York has moved mountains to pay billions of dollars in benefits to the unemployed."

Overpayment for unemployment is getting bigger

It is still unclear how this happened to me. But one thing is certain: I am not alone. Many people across the country received overpayments, including employees of our media holding in Florida.

Virginia is another state with overpayment problems. In May, the State Employment Board notified some 35 self-employed people that they had been overpaid between $ 000 and $ 600, money the agency said would be deducted from future checks.

Susan Hiltz of Macomb, Mich., Faced the same problem. Hiltz, 60, was fired in March from the Auckland County Police Sports League. In May, she received an email from her state unemployment department saying that they made a mistake there and overpaid her about $ 1300 in benefits. They understood the problem so quickly that she did not notice too much. The money was withdrawn from her account and everything was fixed on the same day.

44-year-old Nena Perez suffered from underpayment. A single mother living in the Bronx in New York was forced to apply for unemployment benefits in March because she had to stay at home to take care of two children aged 10 and 13 years. Perez, who was previously a home health worker at Health Acquisition, received a series of payments in April and early May, but the money stopped flowing and no one answered her calls to the unemployment department.

“I didn't eat anything, just so my kids had food,” says Perez. - How do they give people extra money? Are you joking? I can't even get my due in a week. It hurts".

Some did not know that they were overpaid

It was not easy for people in other states to return the money. Some did not even know that they were overpaid.

Savannah Fosdick, 24, was fired from her job in March at Starbucks in Olympia, Washington. She was approved for PUA in April, a woman received money retroactively. But then payments abruptly stopped in mid-May. After that, authorities informed her that she owed about $ 1200 in the form of overpaid benefits. Now she cannot reach anyone at the unemployment bureau and does not know how to return the money.

"I worry. How did I get overpaid when I was approved? ”Fosdick asks, adding that the pause in payments affected her financially because she supports her mother on disability. - My utility bill is increasing. It's really annoying. "

How I sent the money back

In New York, I was not fined for the mistake. According to Cohen, those who are overpaid will receive a written notice in the mail with instructions on how to send a check or money transfer to return the amount.

They did not have the opportunity to withdraw money from my bank account, like Hiltz from Michigan.

You can send by postage all or part of the overpaid amount.

Those who are in other states, experts advise not to spend the overpaid money and save it. You must contact the state unemployment office and wait for them to notify you by mail about how to return the money.

Be sure to return the money

If you do not return the overpaid, unpleasant consequences are possible. This can be considered fraud, you can be deprived of a tax refund and even put in jail. If this is an accident, this is technically not a scam, but you may need a lawyer and a lot of money to prove it, says Lori Yadoff, a legal aid lawyer in Florida.

“I wouldn't be surprised to see more overpayments in the future,” says Jadoff. "If it is not your fault, you can refuse the overpayment, or you will have to return it in installments."

If you need unemployment benefits later, the government may refuse to pay benefits so that you pay off your debts. For example, if the government believes that there has been a deliberate violation and false information about unemployment, you may not receive food stamps, even if you have the right to them.

The CARES law has expanded the circle of people covered by the allowance, which allows self-employed, independent contractors, temporary workers to apply for benefits, although they did not have the right to them before. But this has potentially created more problems for state unemployment assistance systems.

Unemployment overpayments can "catch up" suddenly

Helena Moyer of Plantation, Florida, had problems with overpayment after she was forced to apply for partial unemployment due to her dismissal. A 43-year-old mother of three began receiving benefits in March. But then receipts ceased.

Trying to get someone to answer her calls, she eventually found out that she had to return the $ 550 overpayment as early as 2015. This came as a shock to her because she had no idea about this problem.

Moyer returned the debt, but over the past two months she has not received any additional unemployment benefits due to a failure in the Florida online system.

“I was shocked and disappointed,” says Moyer, worried about how she would pay $ 2650 next month to rent a four-bedroom home. "What happens when I can't pay the bills?"