Home In the U.S. Residents are afraid to sit in restaurants and cannot sleep because of the noise: a city in California was captured by crows

Fighting thousands of crows that have nested in downtown Sunnyvale, California for years, the city is adopting Silicon Valley experiences and adopting high technology in the form of lasers. CNN. 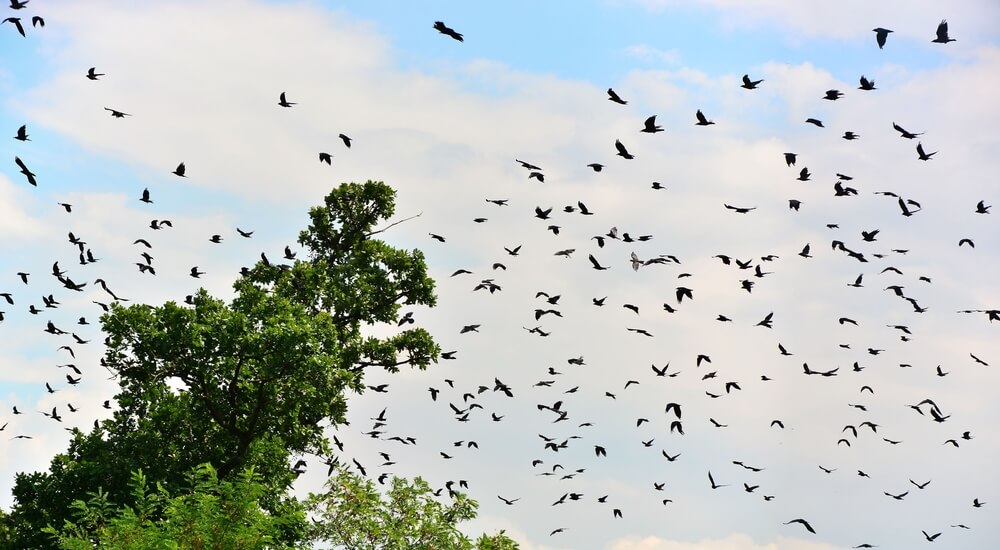 Mayor Larry Klein said crows have been nesting downtown for generations, but numbers have risen during the pandemic. Birds have become a problem for restaurants and other businesses, as well as a noise nuisance in residential areas.

"When it comes to eating outdoors, I'll go inside unless I'm under an umbrella," local resident Frank Hampton said.

“The fact is that they are not here during the day, they are only at night. They start coming when the sun goes down,” he added.

The city tried everything to get the birds to find a new place, but all success was short-lived.

On the subject: Thousands of Florida residents will receive $42 million for citrus trees destroyed 16 years ago

“We used to have a falcon, a hawk, but the success of using these birds in the fight against crows was short-lived, and the crows returned,” Klein said.

Reflectors also proved to be a bad experience, given that crows tend to congregate at night. Now the city is switching to laser pointers.

“The cost of bringing in a falconer is actually quite high in the long run, and right now we’re basically talking about a $20 solution and some staff time to have a pilot program to try and fix the problem,” Klein explained.

“This is a problem that we had to deal with and solve it at the expense of the city, so if we have a cheap solution, there is no reason not to try it, right?” Klein said.

The mayor got the idea from a friend who used a green laser to disperse the birds that were screaming in the yard. He learned that other cities with bird problems use the same method because the Humane Society of the United States considers it safe.

The program starts at the end of the month. City officials and residents will be armed with lasers in the hope of success.

However, not everyone is a fan of this technique. The Audubon Society of the Santa Clara Valley informed Klein that they were concerned that the lasers would blind birds and harm people and aircraft. They want the city to keep exploring other options.

A family in Ukraine accidentally washed a cat in a typewriter: he miraculously survived