Home In the U.S. A resident of Alaska found a bottle with a letter in Russian on the beach. A PHOTO

A resident of Alaska found a bottle with a letter in Russian on the beach. A PHOTO

A message from the Soviet era in a bottle thrown into the sea came ashore 50 years later, but the recipient needed help to translate the letter. Writes about this The Moscow Times. 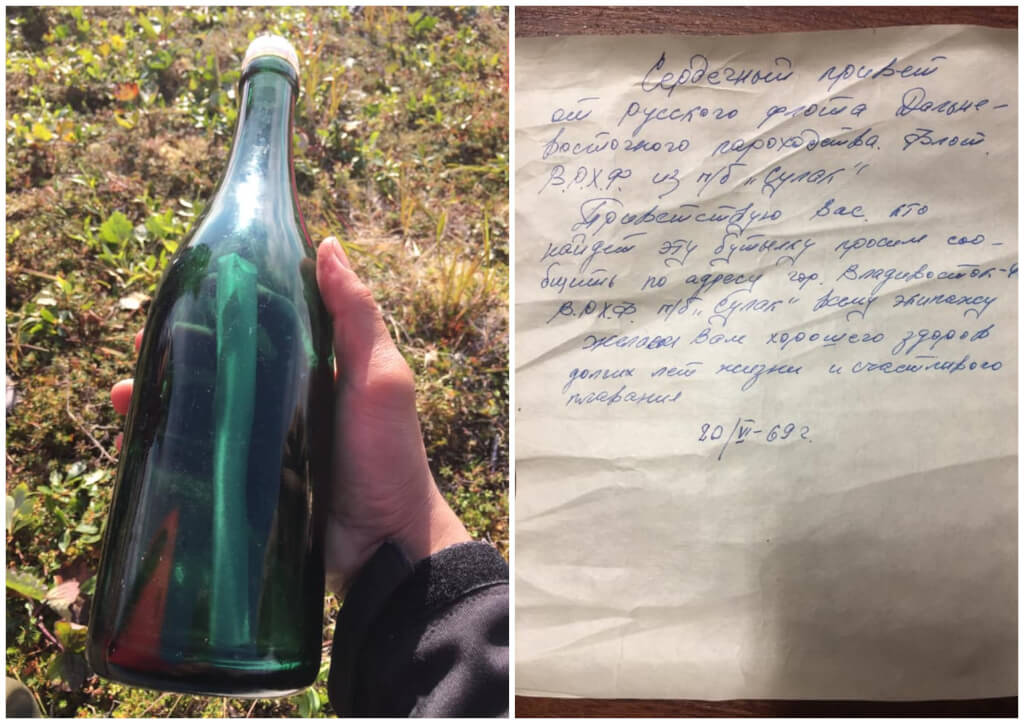 Tyler Ivanoff from Alaska, the basketball coach of the year at 2018 High School, posted photos of the letter and bottle on Facebook, asking, "Are there any Russian translators here?"

“I just walked and collected firewood for a small fire and came across a bottle,” Ivanoff said.

“I showed my children a bottle, and they were very glad that I found it,” he said. - I opened it and saw that the letter is in Russian. They asked me how they speak [Russian]. And I said a few words in Russian, counted up to 10 and told a little poem that I learned in Russian when I was in high school. When we returned home, I posted photos on the Internet with a request to find out if someone could translate it. ”

Tyler Ivanoff’s page was soon filled with translations of the mysterious message from 20 on June 1969, which he found north of the Bering Strait.

“Hello from all my heart”, a letter written by hand in Russian on a well-preserved sheet of paper that was brought in waves in a kind of bottle of Soviet champagne.

“Whoever finds this bottle, we ask you to tell the entire Sulak crew in Vladivostok,” the message goes on. The letter also refers to the abbreviation of the former Soviet Far Eastern fishing fleet. 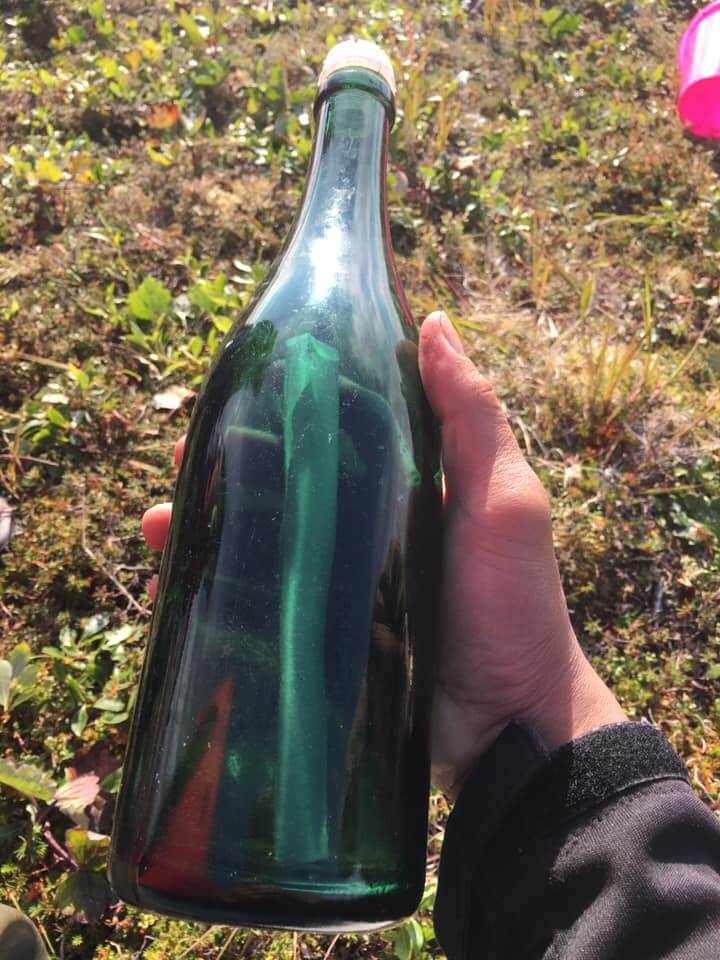 The archives mention three decommissioned Sulaka built in 1964, 1966 and 1969, with the second vessel being classified as fishing. The Sulak seems to be a refrigerated cargo ship built in Japan and disbanded in 1992.

“We wish you good health, long life and happy sailing,” the letter ends with these words.

Users suggested that the man find and contact the author of the letter - a task that the coach gladly passed on to all network users.

“I work and pick berries, so I don’t have much time for research,” he wrote.

Ivanoff also said that he did not expect such a violent reaction on the Internet.

“I did not expect the letter to be distributed all over the Internet. I hope to get to know the author and let him know that I found his message. In addition, I plan to keep the letter as a family value. ”

One is good, but two is better: how to convince an American child to learn the native language of parents

Russian festival and picnic for Russian speakers: how to spend a weekend in the USA (21-23 ...

The panic epidemic: why everyone is afraid of the coronavirus, although measles is infectious, and mortality from ...

Hundreds of flooded and ruined homes: massive flooding is a disaster for two states

'Sugars' and 'angels': affectionate appeals most often used by Americans

Clemency in exchange for testimony about Russia: Assange's lawyer made a scandalous statement about Trump

New study: risk group and all methods of transmission of Chinese coronavirus

Russian festival and picnic for Russian speakers: how to spend a weekend in the USA (February 21-23)

Holidays outside the USA: where Americans like to relax

'Capitalism is immoral': the most fierce democrats debate in Las Vegas

'Returning to Ukraine is more dangerous than staying in China': Ukrainian student on the situation with coronavirus

Broker, realtor in California since 1997
Do not be afraid of interviews, be afraid of their absence: how can an immigrant properly present himself during an interview with an employer
How many times since 1996, from the beginning of my work in the USA, I have been interviewed. And she passed, and participated in the preparation for her husband, sons, friends, customers ... - do not count. Over the years I have developed ...

Buy, use, return: what rules in US stores hit immigrants

'An example worth emulating': for which Melania Trump received an honorary college award in Florida

'My world is destroyed': shortly before suicide, ex-girlfriend of Prince Harry left an emotional message

Acquaintances in the USA: the Russian woman told how men in New York and Los Angeles differ