An Ethiopian Airlines plane flying from Addis Ababa to the capital of Kenya crashed on Sunday morning. All 149 passengers and 8 crew members were killed. Among the dead were representatives of 35 countries. The family of the Slovak deputy Anton Grnka, 12 UN members and the world famous archaeologist from Sicily Sebastiano Tusa were also killed.

On board were 32 Kenyans, 18 Canadians, 8 Americans, 7 British citizens and three Russians. The plane of the same model crashed in October in Indonesia. 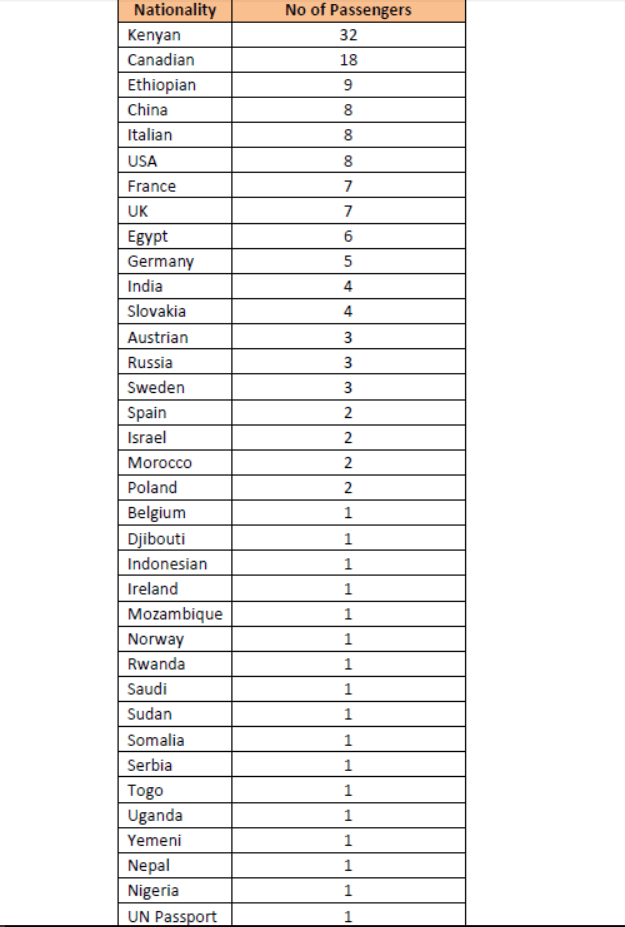 The deputy of Slovakia Grnko told about the death of his family on his page on the social network Facebook.

“It is with deep sadness that I announce that my dear wife Blanca, son Martin and daughter Michal died in the disaster in Addis Ababa this morning,” Grnko wrote.

As reported UkranewsThe passenger list also includes the adviser on the cultural heritage of the region of Sicily, Sebastiano Tusa, an archaeologist of international recognition, the head of the Maritime region. Tusa headed the UNESCO project in Kenya and went there to work on it.

Also, according to AFP, citing a source, at least 12 UN staff members died in a plane crash in Ethiopia.

According to RBC, according to data provided in the statement, at least five different departments of the UN and its related organizations died in the crash. These include the World Food Program, the UN Refugee Agency (UNHCR), the International Telecommunication Union (ITU), the United Nations Environment Program (UNEP), the World Bank, and several others. There is one IOM employee among the dead - An-Catherine Feigl, a German citizen, who was heading for a training course in Nairobi.

As writes edition RIA News, with reference to the head of Ethiopian Airlines, Tevold Gebmarimariam, the pilot of the crashed in Ethiopia, Boeing-737 reported problems and requested permission to return to the airport.

“As you can hear on the air traffic controllers' tape, the pilot said that he had problems and wants to return. He was given permission, ”said Gebremariam.

How did the crash happen

According to Air forceEthiopian Airlines said in a statement on Facebook that the plane that was operating the ET 302 / 10 flight from the capital of Ethiopia to the capital of Kenya crashed near the city of Bishoft (Debre Zeit) in the central part of the country.

The Boeing 737 MAX 8 aircraft with the registration number ET-AVJ flew to 08: 38 local time from the Bol International Airport in Addis Ababa.

Communication with the airliner was lost in 08: 44.

Search and rescue operations are underway, “we have no confirmed information about survivors or possible casualties,” Ethiopian Airlines said in a report originally published.

Later, the airline promised on Twitter that it would conduct a joint investigation with Boeing.

The US Federal Aviation Administration intends to assist with the investigation in conjunction with the National Transportation Safety Board.

The airline operates flights to many destinations in Africa, making it a popular carrier on the continent.

Ethiopian Airlines has a good security record, although in January 2010, one of the airline’s aircraft crashed in the Mediterranean about half an hour after taking off in Beirut. The victims of that disaster were 90 people.

The Boeing 737 MAX is the fourth generation of Boeing 737 aircraft, replacing the Boeing 737 Next Generation. The first flight of this model took place in January 2016. The plane can carry 162-175 passengers.

At the end of October last year, the Boeing 737 MAX 8 of the Indonesian company Lion Air fell to Javan Sea shortly after departure from Jakarta airport. 189 people died.

Then the pilots could not cope with an automatic system that prevents the nose from picking up the aircraft, the loss of thrust and the breakdown in the tailspin. The system, as the investigation showed, constantly lowered its nose, even when the plane did not lose its thrust. The pilots tried to rectify the situation, but the automation more than 20 times did not let them do it.

For the first time, this system appeared in the 737 MAX line.

The threat of a repetition of a similar problem exists for 250 liners. Boeing 737 Max. This was warned by the US Federal Aviation Administration. In the use of American airlines is 45 such aircraft.

In 2018, the death toll in air crashes rose sharply

Safest airlines in the world