The woman, who went missing two years ago, was found alive at sea by bewildered fishermen. The details of this incredible story were told by the publication The Sun. 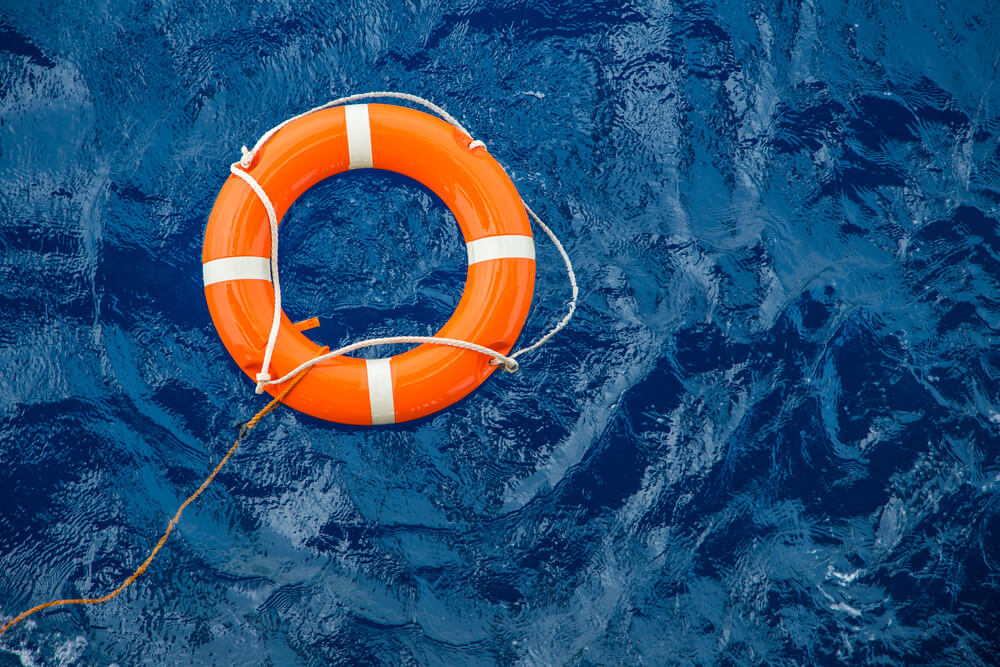 Angelica Gaitan, 46, was found unconscious and hypothermic off the coast of Colombia.

She was discovered by fisherman Rolando Wisbal and his friend sailing 1,2 miles (1,98 km) from Puerto Colombia on the Atlantic side of the country around 06:00 on Saturday, September 26.

Her first words after being saved were: "God did not want me to die."

Angelica then reunited with her family and told investigators what happened to her two years ago.

During her time at sea, she remained afloat for eight hours, with sharks circling over her as she regained consciousness and passed out.

On the subject: In Florida, a woman called the rescue service 4 times to be taken to another city

But then, when time was running out, she was miraculously lucky when a fisherman noticed her, who at first thought she was a log until she waved her hand to call for help.

The video shows Rolando and his friend Gustavo bumping into Angelica, who appears to be unconscious.

Rolando said they barely went fishing that day due to engine problems.

“If we hadn't had problems, we would have gone fishing that day and the woman would have been dead already,” he said.

The video shows Angelica being dragged to the boat in a life buoy. The woman is very emaciated.

The men try to talk to her and get her drunk, but Angelica begins to cry.

When Angelica was dragged onto the deck, she was so weak that she could not utter a word. If the woman had spent a little more time at sea, she would undoubtedly die.

The story of her disappearance is surrounded by mystery. According to her story, she was fleeing domestic violence from a partner.

Angelica says that her life was difficult, she was forced to flee, and then decided to commit suicide and threw herself into the sea.

“For 20 years my partner and I had a bad relationship,” she said.

According to Angelica, even during her first pregnancy, the man constantly beat her. The violence continued during the second pregnancy, but she could not leave because the girls were young.

“I reported this many times, but the police took him away for 24 hours, and when he was in the house again, the beatings continued,” the woman said. - In September 2018, he broke a bone on my face and tried to kill me. Thank God I managed to escape, ”says Angelica.

On the subject: Saved at Christmas: how an American almost froze on the highest mountain in Ukraine

She lived in the city of Barranquilla for six months before seeking help and was placed in an orphanage. The news that the partner left the city with the children plunged her into a deep depression.

“I didn't want to go on with my life. The woman lent me money for a ticket, I took the bus and went straight to the sea, ”she said.

In a state of depression, Angelica jumped into the sea and lost consciousness.

“Thank God I was alive, they threw me a life preserver and took me to the medical center, where I receive the necessary help,” the woman says.

On the subject: A few extra hours to save: the first time the operation was carried out on the new technology in the United States

Local media tracked down the woman's daughter Alejandra Castiblanco, who said she hadn't known her mother's whereabouts for the past two years. She claims that her father never hurt Angelica and never lived in Barranquilla.

“We don't know who attacked her and how she ended up at sea,” Alejandra said. "The mother suffered from heart problems for years, and after a heart attack her mental health deteriorated."

Castiblanco and her sister are currently raising money to move their mother to the capital, Bogota, where they live, and hope that now she will be "taken care of by the family."

'Madonna of War': how a brave nun saved dozens of Jewish children from the Nazis