Main page In the U.S. Women in the U.S. Army were allowed to dye, loose their hair, and breastfeed while on duty

The US Army has announced a bylaw change for female soldiers. Now girls are allowed to wear different hairstyles, dye and wear earrings. More details about the changes were reported by the BBC. 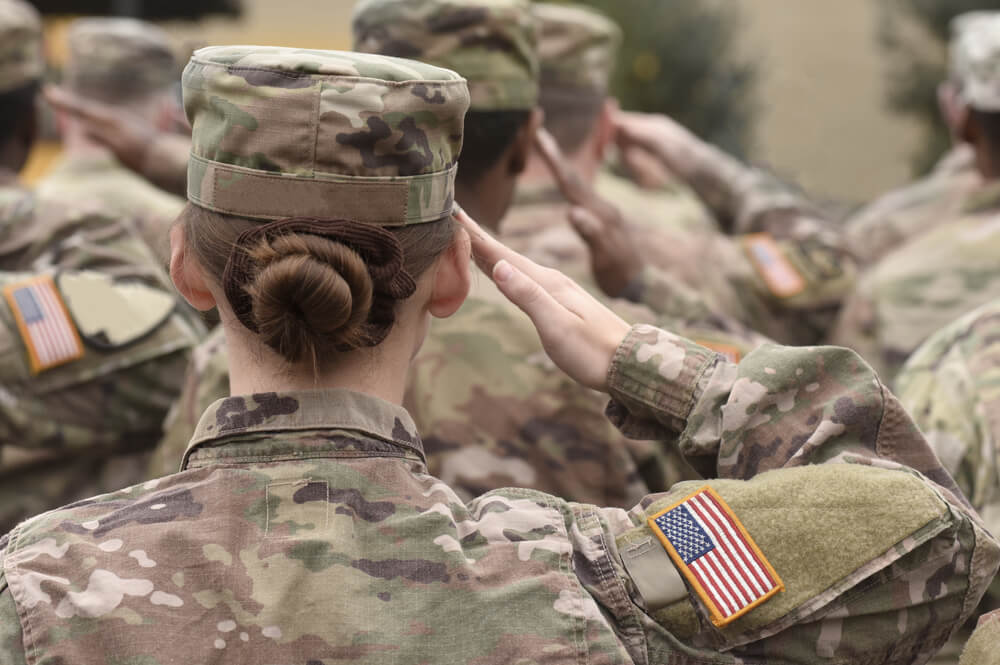 All female soldiers, instead of the obligatory short haircut or tucked into a tight bun of hair, can do different hairstyles for themselves, wear short ponytails and pigtails in everyday service, and in combat conditions and during exercises, even long tails are allowed, which do not interfere with wearing a helmet.

The new addition to the charter came into force on 26 February. There are now 127 women serving in the US Army and National Guard.

According to National Guard captain Joanna McFadden, who has traveled to many countries, including hot spots in 22 years of service, the old rules not only deprived women of their individuality, but also prevented them from fulfilling their duties.

On the subject: Older than the country itself: 5 interesting facts about the US Army

She assures that the statutory bun, in which she had to remove her thick curly hair all this time, pushed her helmet over her eyes so that "when you lie down and prepare to shoot, you can't see anything."

Under the new rules, girls can also do highlighting, lipstick and nail polish as long as they are "not too eccentric or quirky." And outside the combat zone and exercises, earrings are allowed.

In addition, for the first time, female military personnel were allowed to breastfeed their children while on duty "wherever the woman and her child have the right to be," while they will be given special T-shirts with slits that can be worn under camouflage.

The number of women in the US Army has grown steadily since the end of World War II, although at first they were given secondary roles as nurses and secretaries, which did not imply a rise in rank or a rise in salary.

Starting a family was considered a violation of the statute, and until 1972, if a woman on active duty became pregnant, she was automatically fired. This ended after young attorney Ruth Bader Ginsburg won a Supreme Court case against the US Department of Defense.

Since then, the number of women in the armed forces has grown from 2% to about 15%, and in recent years they have been recruited into practically all military units and promoted to high positions.

The army especially welcomes black women in the military. Nearly a third of all American female military personnel are African American, although they make up only 15% of the country's total female population.

Changes to the charter were made on the recommendation of a committee of senior and junior army officials, which, among others, included 10 blacks, 4 white women and one Hispanic woman.

The members of the committee took into account the conclusions of the doctors, who admitted that tight bundles often lead to hair loss, headaches and other problems that adversely affect the health of soldiers.

While the military has been slow to meet the demands and demands of women in the past, today it fully appreciates the importance of every soldier having a say, Sgt. Major Michael Greenston, who represents the interests of all army sergeants in the top leadership of the US Armed Forces, said in an interview.

“When I first joined the army, they used to say that there is only green,” recalls Greenston, who began his service in 1987 with the rank of private gunner.

This was to remove any prejudice and make it so that all soldiers would be treated equally, regardless of gender, race and individual characteristics. But, by his own admission, when someone told him that seeing only green means not noticing a person, it became a real insight for him.

On the subject: Personal experience: what are the benefits to our immigrants of military service in the United States

Since then, the honored veteran, who, by his own admission, was at first very difficult in the army, because his mother was white and his father was black, began to actively campaign to ensure that the army did not suppress individuality. He is convinced that every soldier who feels like a big family in the army will better fulfill his duties, and this will only strengthen the armed forces.

“Our goal is to create standards that are suitable for everyone,” Greenston said ahead of the bylaws announcement.

The male military, encouraged by the new indulgences for women, bombarded the sergeant major with questions about when they would be allowed to wear beards. Currently, in the US Army, only 550 military personnel are allowed to wear a beard for religious reasons. The rest are allowed only a neat mustache.

Greenstone promised to raise this issue at the next stage of the revision of the charter, noting that the army also knows how to learn, and "if we did not do something in the first hundred years, it does not mean that we will not do it in the next hundred."