Home In the U.S. Woman demands to reopen investigation of her rape by Bill Clinton

Woman demands to reopen investigation of her rape by Bill Clinton

American Janita Broaddrick calls on the FBI to launch an investigation into her long-standing accusations that former President Bill Clinton raped her in 1978. She also accused the Democrats of “double standards” because of ignoring her case. 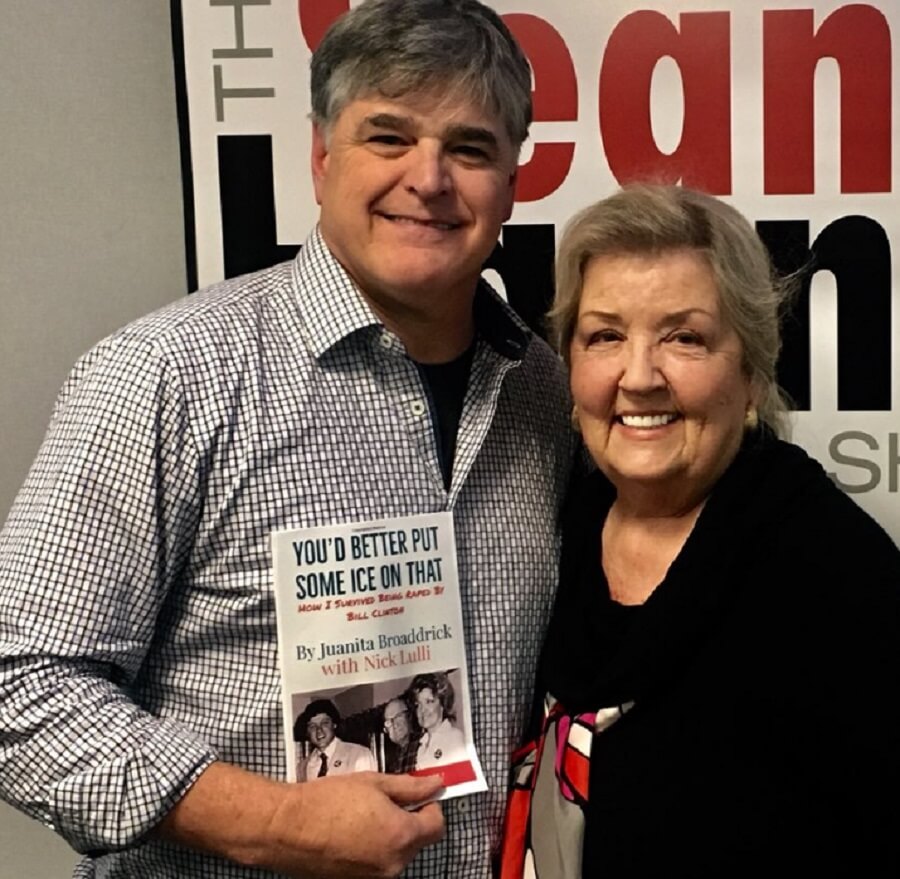 In an interview with Fox News on Tuesday, Broaddrick accused the Democrats of not considering her statements as seriously as the sexual harassment of the candidate for the post of Supreme Court of Brett Cavanaugh. Recall that the candidate nominated by US President Donald Tramp for the country's Supreme Court Brett Cavanaugh was blamed three women in sexual harassment and rape.

“It's not politically beneficial for them to support me,” Broaddrick told Fox News. - These are the same people who refused to read my testimony back in 1999. No Democrat would read it. [Chuck] Schumer, [Dianne] Feinstein, [Dick] Durbin, they completely turned their backs on me. "

Despite the expiration of the statute of limitations, she said she wanted an investigation into her application. 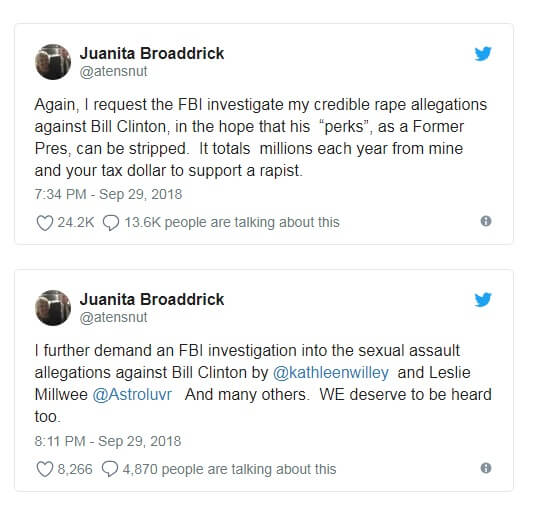 Independent lawyer Kenneth Starr interviewed Broaddrick in 1999 year as part of an investigation into sexual assault cases. And while Broaddrick first signed a deny rape document, after Starr offered her immunity, she decided that “the time has come to tell the truth.”

Broaddrick described in detail her own experience, which occurred more than four decades ago, when Clinton was the Attorney General of Arkansas.

“It scared me to death. After the rape, after he left my room, I thought that someone was going to come to get rid of my body. That's how I felt, ”said Broaddrick. - My lip was swollen and doubled, I could not even hide it with makeup for three or four days.

After that, he looked at me coldly and said, "You'd better put ice on." I will never forget that, ”said Broaddrick.

She recalled how she sat on the bed, "in tears and devastated, not even realizing what had happened to me." She said that Clinton assured her: “Do not worry. I am barren ... I had a piggy back when I was a boy. ” She added: “It made me cry even harder. I was just raped. ”

A Clinton spokesman did not respond to a Fox News request for comment.

Bill Clinton denied Broaddrick’s claims through his lawyer back in 1999: “Any claim that the president attacked Mrs. Broaddrick more than 20 years ago is absolutely wrong. In addition, we will not comment on this. "

Since the FBI is launching another investigation into Kawano’s actions more than 30 years ago, Broaddrick insists on conducting a similar investigation on her rape. But the fact that in the state of Arkansas the statute of limitations for such a case has already expired may prevent its holding.

Broaddrick nevertheless tweeted last month that “rape has no statute of limitations” and called on all states to lift such restrictions.

“I would like to see former President Bill Clinton stripped of his privileges - this man uses millions of dollars every year from our tax fund,” said Broaddrick. “I'd like my case to be reviewed by the FBI. Consider removing these perks for the rapist. "

Broaddrick first attracted public attention at the beginning of 2016, after Hillary Clinton said that victims of sexual violence should speak.

Personal experience: 10 things I miss when I move to America