Home Educational program The Pearl of California: a little-known park that will amaze you with its uniqueness and beauty

The Pearl of California: a little-known park that will amaze you with its uniqueness and beauty

Franklin Canyon Park is a gem hidden in plain sight. This is a national park, people can live here for years and never hear about it, much less visit it. The edition told in more detail Mercury News. 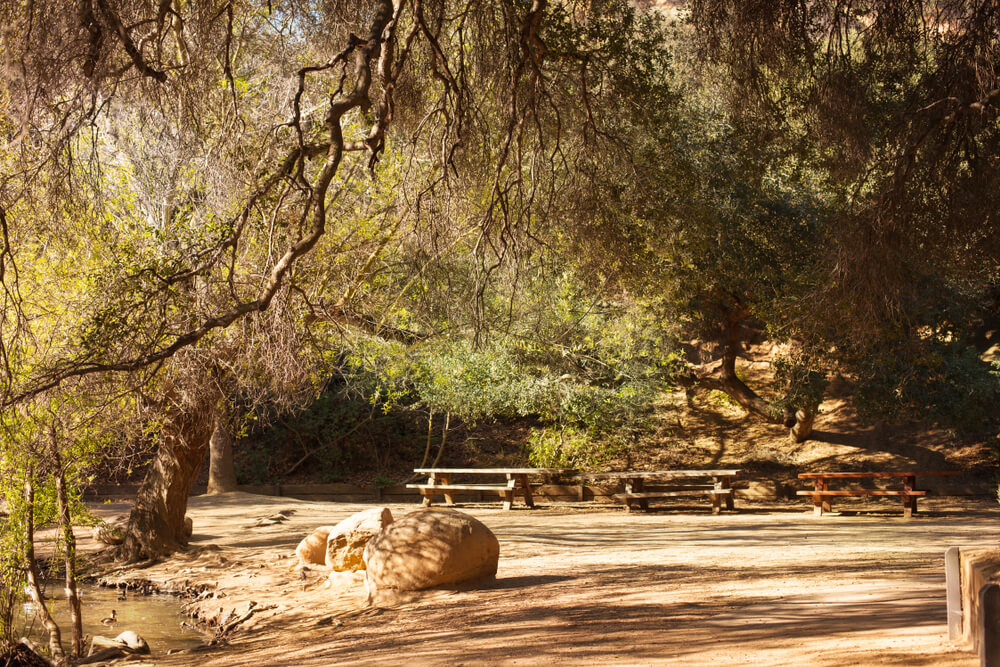 Located at 2600 Franklin Canyon Drive in Beverly Hills, California, it is open from 07:00 to 19:00 seven days a week with free admission. It consists of five miles (8 km) of trails across 600 acres (242 ha). From the San Fernando Valley, turn south onto Coldwater Canyon Boulevard until you reach Mulholland Drive. Continue straight across Mulholland and continue down the sloping road that leads into the canyon, where you will see picnic tables on your left at the foot of the hill at the top of which is the nature center.

You can find trails leading to the water where ducks, turtles and koi tend to congregate. At the end of the road, you will see the Franklin Canyon Ranch, which consists of a large lawn with a trail behind it that leads up a steep slope into rolling hills with panoramic views.

Avocado trees grow at the edge of the grassy area at Franklin Canyon Ranch. One tree is half dead, but it currently has a bunch of more than 20 avocados growing on it, with fruits hanging from the crown of a nearby tree.

On the subject: Legendary water parks in the USA that will give you an unforgettable experience

These avocado trees are about 50 years old, if not more, and provide proof of their urban resilience despite extended periods of drought. While the productive life of deciduous fruit trees (peach, plum, apricot, apple) in our area rarely exceeds 30 years, avocados and citrus trees often bear fruit for more than half a century.

A magnificent wild grape (VItis girdiana) can be found at the lower edge of the lawn along Franklin Canyon Drive. It is also known as a Southern California variety because this is where it grows in the wild, unlike the California grape (Vitis californica), which is native to the northern part of the state. The main difference between the two is geographic, as both produce black fruits that are edible not only for humans but also for animals.

Berry-loving birds such as Western bluebirds and California thrashers are especially fond of bountiful grape harvests. However, Desert Grape does differ from its northern cousin in one significant difference - its soft silvery foliage, which makes it an attractive ornamental plant. You can grow a trellis fence, trellis or gazebo out of it to provide shade on hot summer days.

A hedge of Little Ollie dwarf olives has been planted between the parking lot and the ranch. Little Ollie is a barren olive with barely visible flowers that grows slowly to six feet (1,8 m) in height. Little Ollie is also an excellent container plant. Most often it is planted as a hedge.

Speaking of olives, there is no better place in the country, perhaps in the world, to grow olives than Silmar in the San Fernando Valley. Proof of this is the fact that the world's largest olive grove was located here in the 1920s. It was 2000 acres (809 ha) and produced 50 gallons (000 liters) of olive oil. Keep in mind that olive trees should be planted several inches above ground level to provide perfect drainage for their roots. They should not be planted on the lawn because the regular watering that lawns require results in the growth of the soil fungus verticillium, which is fatal to them. No tree is more drought tolerant than the olive.

Next to the trees mentioned above is a bee flower planting (Oenothera lindheimeri 'Siskiyou Pink'). It is a smart choice as it consumes a minimum of water, blooming cherry pink over a period of several months.

The lawn at Franklin Canyon Ranch is adorned with crimson pimpernel flowers (Anagallis arvensis). It is considered by some to be the most beautiful of all weeds, if you dare to call it a weed. The sudden appearance of the pimpernel in the garden causes amazement and exclamations of joy due to the tiny flowers of an unusual salmon orange color. Alas, this is an annual that dies soon after flowering.

The scarlet pimpernel is also masked, albeit in the reverse order. It seems to be the most obedient and friendly of plants, but contains toxins that are deadly to the animals that graze here. Growing conditions appear to affect its toxicity. Where it grows in a harsh, uncultivated environment, such as grassland, toxins are concentrated to a lethal degree, whereas in a cultivated garden it is a spicy vegetable that adds zest to your salad.

The nickname for the scarlet pimpernel is misleading, as its flowers are not scarlet, but the color of orange sherbet. As with most potentially poisonous plants, the constituents in the right dose are highly curative. Its genus name, Anagallis, comes from Anagelao, which means "laugh" in Greek, as it relieves the sadness that accompanies many illnesses.

How much do you need to earn for living in different states of America: rating

Overtime work in the USA: when the employer is obliged to pay it, and when it may not