Home World Lands and money: countries and cities that will pay you to move there

There are places all over the country and around the world that want your company so badly that they will give you land, a house and/or a big pile of money to become a member of their community. Gobankingrates. 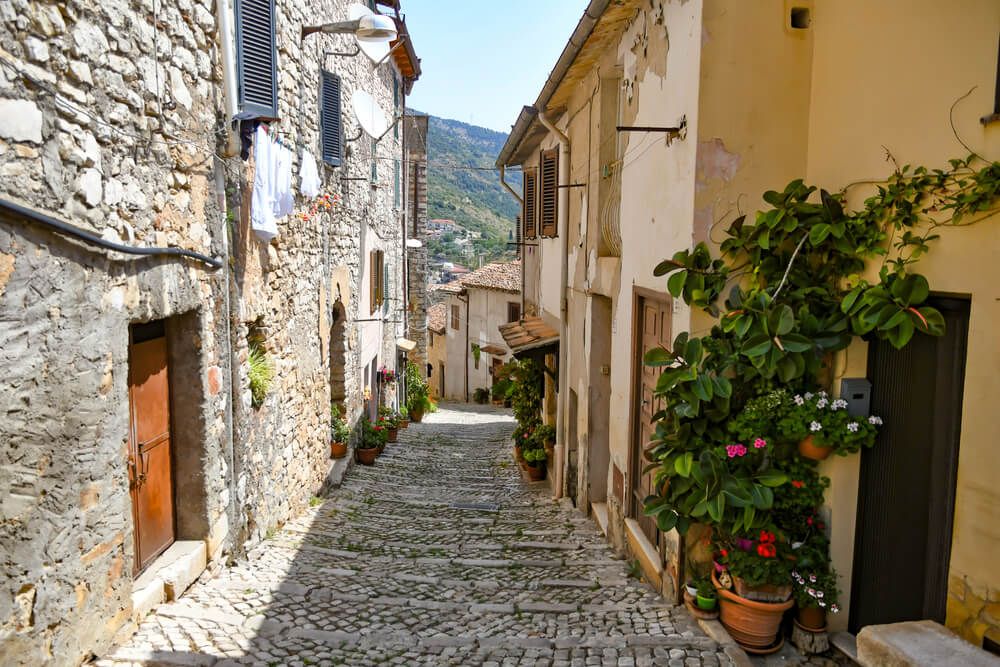 If you have joined the remote work revolution, you may have the opportunity to move anywhere for the first time in your career. If you want a change of scenery to a brand new place but don't know how you could afford to move, here are 7 places that are giving away land or money to move there

According to the LA Times, in 2011 in the village of Ganji (Italy) a very profitable program began to buy a house for $1.

With 5800 cities of less than 5000 inhabitants, 2300 of which are completely abandoned or close to it, the country is in danger of losing its historic rural culture. Starting with Ganja, small outlying villages across the country began selling abandoned houses for $1 to try and increase their population.

On the subject: Chicago Launches New Basic Income Program: How to Apply and Earn $500 Monthly

In 2021, Maenza became the first city near Rome to join the $1 home buying craze, marking the start of a rise in population in a city that was not a lost wilderness where travel was difficult and opportunities for work and study were rare.

To buy a house here, you need to apply to the municipality.

The rural municipality of Pipeston in Manitoba, Canada, sells plots of land for $10 for residential use. Interested buyers pay a deposit of $1000 and sign an offer agreement. When they build a home in accordance with the terms of the offer agreement, they receive a $990 refund.

According to the Canadian Citizenship and Immigration Resource Center, it's part of a nationwide movement that began in New Brunswick when a single couple began giving away parcels of their 52-hectare plot of land to create a new city around their home.

Scotland has 1000 offshore island communities whose communities are an important part of Scottish culture and history, but the population of these communities is declining. To revive these isolated towns and villages, in 2019 the government launched National Plan of the Islands, and the initiative has survived both Brexit and the pandemic.

📢A consultation seeking the views of people from across Scotland on the proposed Islands Bond has been published. The Bond aims to tackle depopulation on Scottish islands.📢

The Scottish authorities have set up a bond fund to allocate about $65 for 000 households that will move to the respective islands by 100.

Mankato is a city of 900 people located in a county of about 3000 people, and if you like the atmosphere of a small town in a rural part of a rural state, you can go there for free land, like settlers in the old days. The city is distributing more than two dozen plots to people who agree to build houses on these plots within six months.

All sites are close to the local hospital, school, steakhouse and motel and only a kilometer from the city's shopping area.

Known for its rugged beauty and mountain wilderness, West Virginia is suffering from a drastic population decline that is almost unmatched in the rest of the country. To reverse the flow of people leaving, the government launched a program " Ascend West Virginia”, designed to attract new residents and stop the exodus.

The initiative is offering $20 to anyone who wants to move to the Mountain State. The first part of the award is a $000 cash payment - no strings attached - which includes $12 during the first year and $000 during the second year.

The remaining $8000 is for free activities such as rafting, skiing and other otherwise expensive outdoor activities, as well as free rentals and equipment for you and your family. Members also receive free collaboration space and free professional development and entrepreneurial assistance.

Program Tulsa remote, which incentivizes out-of-state employees working remotely full-time in Oklahoma. She increased the number of applications by 300% during the pandemic. Now the program has expanded its offerings with a fresh monetary stimulus.

The City is providing $10 to qualified applicants who purchase a home in Tulsa. The money is paid in a lump sum, and in a city where the median home price is just over $000, $205 is about 000% of the 10% down payment.

The Vermont government is offering two different incentives to attract new residents to the heart of New England. Grant New Relocating Worker Grant is intended for new residents who fill a vacancy with a Vermont employer. The Remote Worker Grant is for newcomers who work remotely for an out-of-state employer.

There are several eligibility factors, but those who meet all the requirements can receive up to $7500 to move to Vermont.