The Kremlin said on June 20 that two Americans detained in Ukraine during the fighting on the side of Ukraine were mercenaries who endangered the lives of Russian military personnel and should be held accountable for their actions. to Reuters. 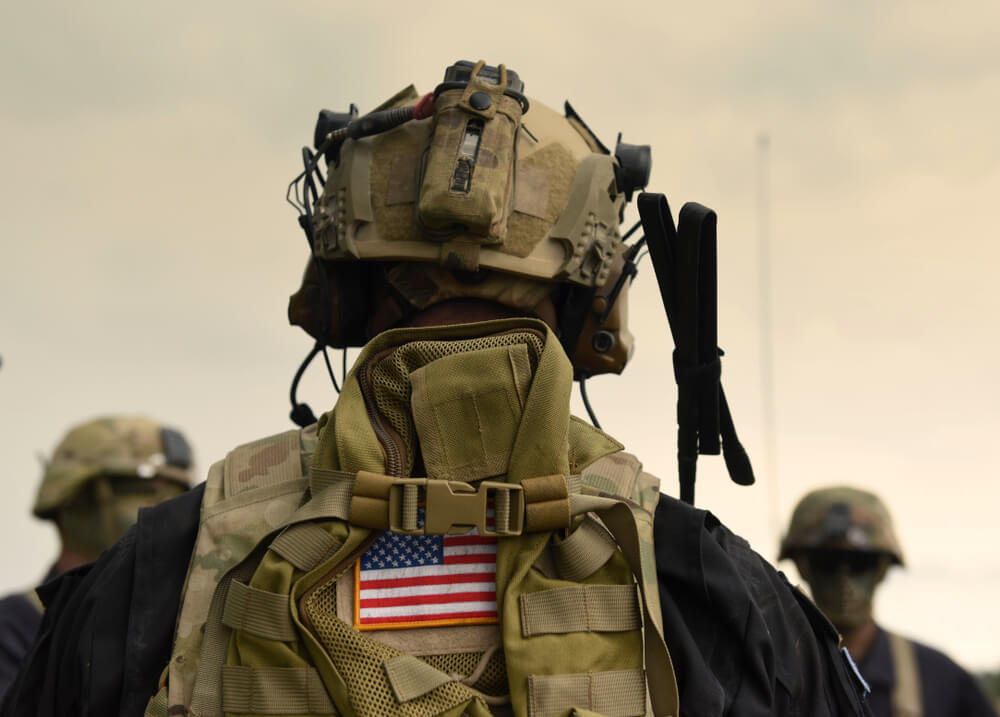 In an exclusive interview on June 20, a spokesman for Russian President Vladimir Putin did not guarantee that two former US soldiers captured in Ukraine would not face the death penalty, reports NBC.

"It depends on the investigation," Dmitry Peskov told NBC News senior international correspondent Keir Simmons when asked if Alexander Dryuke and Andy Hune would suffer "the same fate" as two British citizens and a Moroccan sentenced to death by Moscow.

On the subject: Ben Stiller visited Ukraine: he met with Zelensky and refugees

The families of Druke, 39, and Hyun, 27, were reported missing last week.

Simmons interviewed Peskov in Moscow, where the government cracks down on journalists and limits their freedom of speech with the threat of imprisonment.

Peskov said that Druke and Hyun were "involved in illegal activities" in Ukraine by shooting at Russian military personnel.

Peskov's comments were the first official confirmation that the two men identified in US reports as Andy Hyun, 27, of Hartsell, Alabama, and Alexander Dryuke, 39, of Tuscaloosa, Alabama, are in custody and investigation.

“They are soldiers of fortune. They were engaged in illegal activities on the territory of Ukraine. They participated in the shelling of our servicemen. They put their lives in danger,” Peskov said.

The Kremlin comments admit that this is the first time the men have been detained.

“And they must be held accountable for the crimes they have committed. These crimes must be investigated. What is clear is that they committed crimes. They are not in the Ukrainian army and are not subjects of the Geneva Convention,” Peskov said.

Peskov did not disclose where the men are being held.

In early March, the Ukrainian government said 20 people from 000 countries had volunteered to fight in the Ukrainian International Legion after the government urged foreigners to join its fight against Russia. It is not known how many of them are now in the country.

Damien Magrow, a spokesman for the Foreign Legion, said he could not "confirm or deny" whether Drucke and Hyun were in the Ukrainian armed forces.

Peskov also did not specify whether the men are being held in Russia or by pro-Russian forces fighting Ukrainians in the country's east. He added that they are unlikely to fall under the Geneva Conventions, which provide protection for prisoners of war, because they are not part of the regular army of Ukraine.

Druke's mother said in an interview last week that her son went to Ukraine not to fight but to teach, while Hyun's fiancée said they talked about his intention to fight before the couple got engaged at the end of March.

Peskov said he had no information about Grady Kurpasi, the third former US soldier who was also reported missing in Ukraine by his family. He also reiterated that NATO and the US had left Russia "no choice" but to launch its operation in Ukraine after its concerns about the security of a proposed military bloc intrusion on its borders fell on deaf ears.

Two Britons and a Moroccan have already been convicted by a court under separatist jurisdiction in Donetsk on the grounds that they were mercenaries and did not fall under the Geneva Prisoner of War Convention. Kyiv denounced the court's decision as null and void and said the soldiers were members of the Ukrainian armed forces and were thus protected by the Geneva Convention.

Kremlin spokesman Dmitry Peskov, in an interview with American television company NBC News, also said that American basketball star Britney Griner, who was detained in Russia for more than two months, is guilty of drug-related crimes, and is not a hostage.

Peskov said that Griner, who came to promote basketball in Russia, is being prosecuted under a law prohibiting the import of drugs.

“Russia is not the only country in the world where laws are quite strict in this sense ... it is prosecuted by law. There is nothing we can do about it,” Peskov said.

He “strongly disagrees” with any notion that Griner, who arrived in Russia in February, is being held hostage.

In May, the US State Department determined that Griner had been wrongfully detained and assigned diplomats to work to secure her release. Her wife Cherell Greener said that Britney is a political pawn in this story.

Rocket builder escaped from Russia and fights with the FSB, which is trying to bring him back to his homeland