Home Educational program Difficulty speaking, walking, and even paralysis: what eating bread can do to your body

Dizzy spells, clumsiness, and falls can be a warning sign that your brain is being damaged by eating bread. The publication told more about this. Daily Mail. 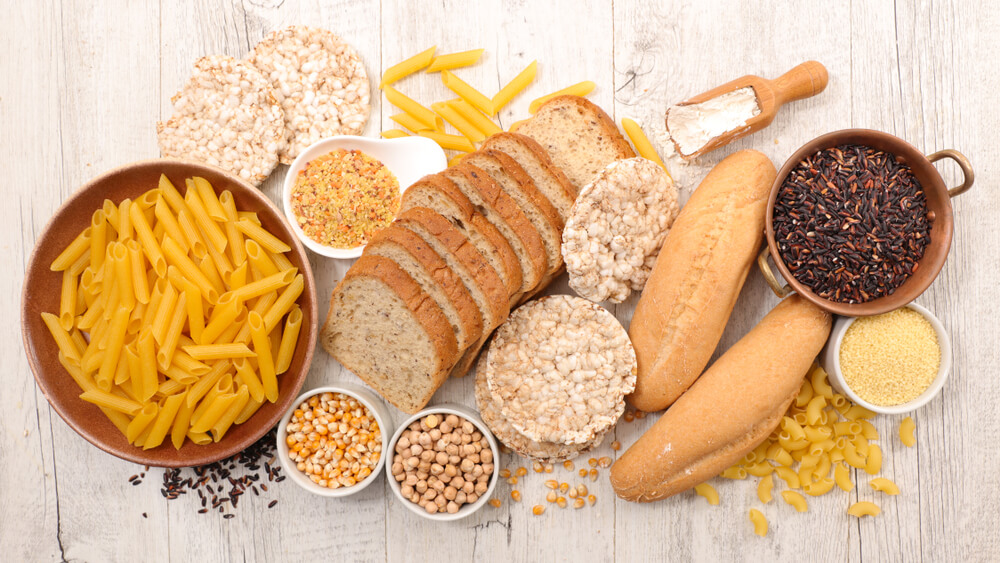 And while sinister causes such as cancer or stroke, fluctuations in blood pressure, and infections can be quickly ruled out, for many, the cause, as well as being an effective drug, can remain elusive.

But could diet be the problem? The answer is yes, according to a group of doctors, who say such difficulties can be caused by surprisingly frequent reactions to gluten, a protein found in breads, pasta and cereals.

A condition called gluten ataxia occurs when, for reasons not entirely understood, the immune system breaks down in response to gluten in food and attacks parts of the brain.

In severe cases, patients can suffer from stroke-like symptoms such as difficulty speaking, walking, and even paralysis.

Unfortunately, this is too often mistaken for other diseases, which deprives patients of the simple and effective treatment - a gluten-free diet.

On the subject: 16 Signs That Your Immune System Is Not Alright

If you experience these symptoms, then avoiding gluten-containing foods can relieve your symptoms. But if left untreated, in severe cases, it can cause permanent brain damage, leading to lifelong disability.

Neurologists at the NHS Teaching Hospital in Sheffield have developed a simple blood test that can make a diagnosis within minutes.

The test looks for proteins in the blood that are secreted by the immune system of patients after they have eaten foods that contain gluten.

Patients can then switch to a gluten-free diet, which in most cases relieves symptoms and repairs physical brain damage.

Gluten ataxia has been linked to celiac disease, a disease directly dependent on gluten that causes inflammation in the intestines.

Celiac patients are 16 times more likely to develop gluten ataxia than healthy people. And it is believed that these two problems are caused by the same genetic defect.

But experts say it is possible to suffer from gluten ataxia without experiencing intestinal symptoms. So patients are often not tested for gluten exposure.

One of the victims, Lorraine Walker, a 65-year-old former school teacher from Barnsley, UK, lived for four years with slurred speech, severe tremors and problems with balance before she was diagnosed with gluten ataxia in 2012.

Unbeknownst to her, the food she ate was the trigger for her disabling symptoms, since she had no digestive problems.

She says: “When I first went to my GP in 2008, I was told it was menopause. But then, when it got worse, I was referred to a neurologist who did tests, suggesting that I had a stroke, but the tests were normal. "

Over the course of several weeks, Lorraine's condition worsened, especially her balance.

She recalls: “I had to use two canes to get around. I thought I was going crazy: no one could understand what was happening to me. "

Neurologist Lorraine eventually referred her to Professor Marios Hadjivassiliu, a neurologist at the Sheffield Center, who suspected gluten ataxia and suggested that she follow a gluten-free diet. Her condition improved rapidly.

On the subject: What you need to eat to strengthen immunity: expert advice

“For the first time in years, I was able to walk without a cane,” she says. - I became much more stable. But since the damage was so severe, my speech will always be slurred. But now I know it won't get any worse. "

Professor Hajiwassiliu has treated over 600 patients with celiac ataxia since the opening of the Sheffield Ataxia Center 20 years ago.

In 80% of cases, a gluten-free diet, if not eliminated, then dramatically reduced symptoms. The problem, he said, is that patients went to his clinic as a last resort.

He adds: “Gluten ataxia destroys the cells of the cerebellum, the part of the brain responsible for movement, and if this continues for an extended period, the symptoms will become irreversible.

"If someone is referred to us and their cerebellum has shrunk to the size of a walnut, then a gluten-free diet can do a lot."

Professor Hadjivassiliu says he has encouraged general practitioners to consider gluten sensitivity when diagnosing patients with balance problems for “many, many years,” but until now there was no clear diagnostic test for the condition.

Now his team has helped develop a blood test to diagnose gluten ataxia in patients in minutes and allow doctors to begin treatment before symptoms become irreversible.

The test, dubbed TG6, has been used in trials at the Sheffield Ataxia Center for the past year and may soon be available from the National Health Service. It works by detecting antibodies to transglutaminase-6, antibodies that are activated in response to gluten, in the bloodstream.

Patients with severe symptoms of gluten ataxia often have high levels of anti-transglutaminase-6 in their blood. And although research is still ongoing, scientists believe that antibodies entering the brain and attacking the cerebellum may be one of the main causes of the disease.

The charity Celiac UK is already raising funds to provide a test for all Britons experiencing ataxia symptoms.

On the subject: What immunity myths can seriously harm health

Professor Hadjivassiliu's study of gluten ataxia has not been without criticism. Some experts in the United States argue that ataxia may be due to vitamin deficiencies, not gluten.

Dr. Andrew McKeon, a neurologist at the Mayo Clinic in Minnesota, said gluten ataxia is a controversial issue and suggested that patients may be suffering from copper deficiency.

But Professor Hadjivassiliu dismisses these ideas as nonsense, pointing to the successful recovery of his patients as "evidence."

And in 2018, an American study published in the journal Neurology, Neurosurgery And Psychiatry, concluded that there is a clear link between gluten-induced antibodies and cerebellar damage.

Experts say that if patients suspect they are suffering from gluten ataxia, it is vital not to eliminate gluten from their diet without first talking to a doctor, as avoiding gluten can lead to false negative test results.

If you eliminate gluten, your body won't make the chemicals that can help diagnose the problem.

Lorraine Walker believes that an early diagnosis would make a huge difference to her life, and possibly prevent irreversible damage to her speech.

She says: “It would have been different if I had been diagnosed in 2008. I could still speak. So many people suffer from this and this test can help all of them. "

Water, sleep and positive: 20 daily habits of people who rarely get sick