On the night of Tuesday, March 31, the Russian airline Aeroflot unexpectedly canceled several dozen flights scheduled for the period from March 30 to April 2. The reason for the cancellation was the congestion at Sheremetyevo Airport. In connection with the new rules introduced because of the coronavirus pandemic, the airport can accept no more than 500 people a day, since those arriving from now on must undergo a thorough medical examination.

As a result of the cancellation of flights at a New York airport, several dozen Russians “stuck” who are unable to return to their homeland. As ForumDaily New York found out, the majority of travelers in trouble are tourists who were temporarily in the United States. Many of them do not have the means to stay in the country, and some are already running out of visas. Meanwhile, according to the victims, Aeroflot did not pay passengers any compensation, did not provide them with accommodation and meals, and still avoids interacting with customers. The Russians, who unwittingly find themselves in the midst of a pandemic, still do not know when they can return home. 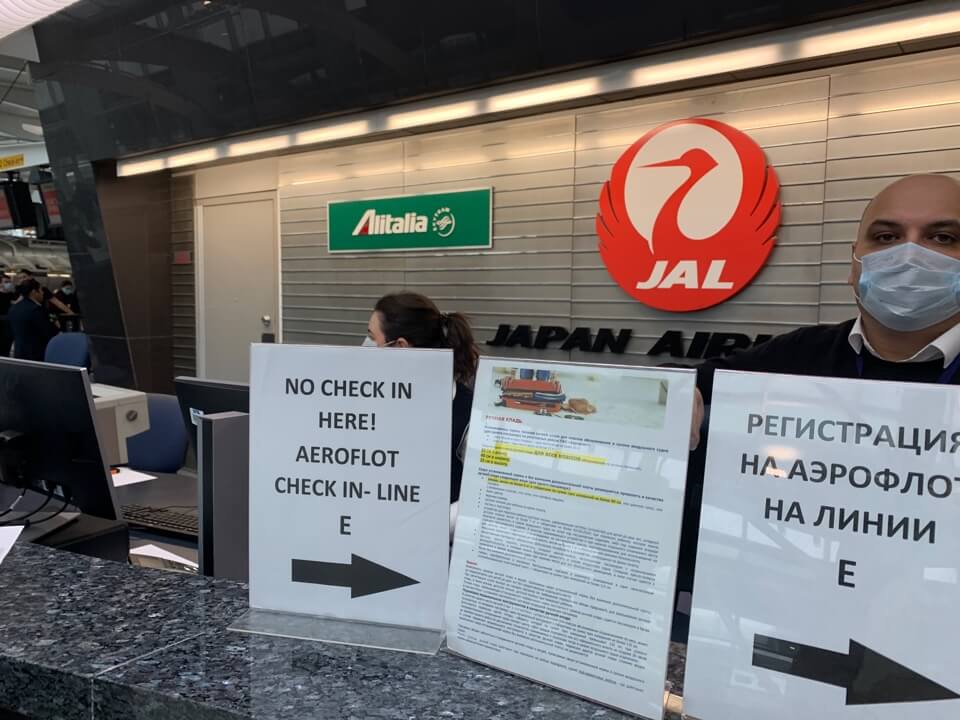 Anna Lovyanikova flew from Moscow to Arizona to visit her mother. In comparison with other people in need, she could be lucky - thanks to her mother, Anna has at least a temporary refuge in the country. After spending 12 hours at Kennedy Airport and without waiting for help or accurate information about the transfer of the flight, she returned to Phoenix.

“First, I had a night flight from Phoenix to New York. I arrived there at 7 am on March 31, and at 8:15 I received a message that my flight was canceled - about 11 hours before departure. Notifications, by the way, were not received by all passengers, so I was lucky. However, I also felt abandoned. We submitted our data to the consular department, but soon its employees announced that they had sent lists of compatriots stuck at the airport to Moscow and could no longer help us. At 6 pm, Aeroflot representatives told us that they would not provide any housing, since this was not their responsibility. After spending all day at the airport, I realized that I did not want to spend the night there, and at my own expense flew back to Phoenix, ”says Anna.

According to the girl, at the time of her departure to Arizona, about 60 people were left at the New York airport, including families with children.

“Many of them simply had nowhere to go. Someone, for example, flew in transit from Costa Rica. If they knew about the cancellation of the flight in advance, they could try to extend their stay there, but they have absolutely no idea where they can go to the USA, ”Anna shares.

In fairness, it should be said that the Russian consulate in New York paid passengers the cost of the hotel for 3 days, checking them in pairs in double rooms. This option is in any case better than a night at the airport.

“The worst thing was for the passengers of the flight, which was supposed to fly on March 30,” says another victim, Mikhail. - We were warned only when we arrived in New York from different states for departure. So far, the situation is incomprehensible to the end. Now I am in a hotel in New York, in America I was on a business trip to Texas, but generally I live in Moscow. After canceling flights, someone flew to the states where he had lived before, some stayed with friends, some rented a hotel at their own expense. ”