Home At home 'Making Trump jealous': why Kim Jong-un is going to meet with Putin

'Making Trump jealous': why Kim Jong-un is going to meet with Putin

North Korean leader Kim Jong-un arrived in Russia on his first visit. In Vladivostok he will meet with Russian President Vladimir Putin. 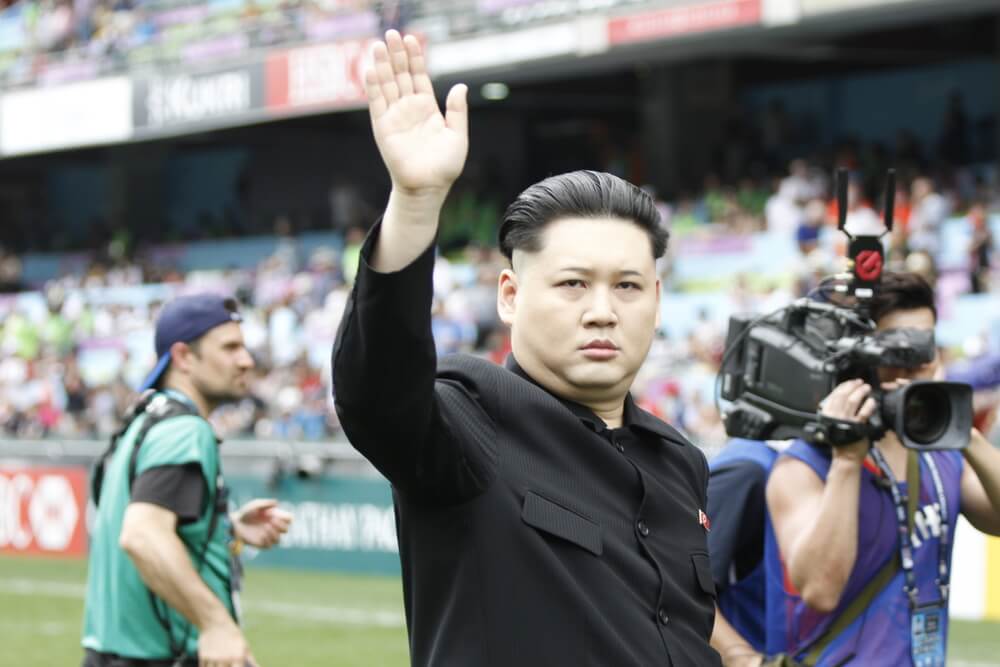 Arriving at the Vladivostok railway station on the evening of April 24, Kim moved to a limousine, which went to the city center. On the sides of the limousine guards fled, and a motorcade rode after him, writes “Currently,".

“I have heard a lot of good things about your country and have long dreamed of visiting it. Seven years have passed since I headed the country, and only now I have been able to come to Russia, ”Kim said upon arrival in Primorsky Krai.

There, the North Korean leader met with Russian Deputy Foreign Minister Igor Morgulov, Russia's Ambassador to the DPRK Alexander Matsegora, Minister for the Development of the Far East and the Arctic Alexander Kozlov, and Primorsky Territory Governor Oleg Kozhemyako.

The North Korean leader is traveling across Russia on the same train, in which his father Kim Jong Il came to Russia in 2002 year.

On the subject: Kim Jong-un rides an armored train: what is known about the dictator's transport

Dozens of journalists from Japan and South Korea have been on duty in Vladivostok for several days: Russian and South Korean media have reported about the meeting between Putin and Kim, but there is practically no official information.

What will Kim do in Vladivostok

Kommersant claims that Kim Jong-un will come to Vladivostok for several days. An extensive cultural program has been prepared for him: he can visit the Museum of the Russian Pacific Fleet and the Primorsky Stage of the Mariinsky Theater.

Sources of the publication also assure that during his stay in Vladivostok, Kim Jong-un will settle at the Gavan Hotel - 17 years ago, during a visit to Russia, Kim Jong Il stayed here, after which a memorial plaque was hung on the building. It is assumed that this time, Kim Jong-un will come to see the hotel where his father spent the night. However, while the hotel staff do not know anything about this.

Where and when will the meeting take place?

Journalists expect the meeting of the leaders of Russia and the DPRK to be held on the campus of the Far Eastern Federal University (FEFU), built on Russky Island. Already today, students were not allowed into the building S.

Kem Jong-un will probably also live there: in 2012, the campus was built with the expectation of holding summits - there are several luxury hotel complexes on its territory.

So far, nothing is known about whether the classes at the university will be canceled at the time of the meeting of the two leaders, however, students in the dean's offices have already been told about Kim's arrival.

How will the meeting

Assistant to the President of Russia Yury Ushakov рассказал RBC that the meeting of the two leaders will begin with one-on-one talks on April 25.

In addition, meetings are scheduled in the narrow composition and composition of delegations, as well as an official reception. It is known that Foreign Minister Sergey Lavrov, Transport Minister Yevgeny Dietrich, Deputy Energy Minister Anatoly Yanovsky and others will be present on the Russian side.

The main topic of discussion will be the solution of the nuclear problem of the Korean Peninsula.

On the subject: King Kim Jong-un: everything you need to know about the North Korean dictator before meeting Trump

Following the meeting, Vladimir Putin and Kim Jong-un did not plan to make statements or sign documents, Ushakov said.

The head of the School of Oriental Studies at the Higher School of Economics in Moscow, Professor Alexei Maslov explained this “Present Time"By the fact that, in his opinion," Putin and Kim will have a very preliminary conversation. "

“It is obvious that after some time the American and international sanctions against North Korea will be lifted, or at least partially lifted. And at this moment a very important question will arise: who will rush into this breakthrough? The North Korean market and the development of economic relations with North Korea are very beneficial. Today there are at least four applicants for it: the United States, China, South Korea and Russia, ”Maslov explained.

“China is ready to invest a lot in North Korea. Therefore, Putin will have a preliminary conversation with Kim, and he will touch on at least two blocks of problems. First, there are political issues related to security on the Korean Peninsula. And, at a minimum, - the guarantees that North Korea will receive when the sanctions are lifted and the DPRK will be left without a nuclear shield, ”the orientalist said.

He reminded that Summit of DPRK and US leaders in Hanoi in February 2019 brought no results and no agreements on nuclear disarmament of the DPRK were reached. Immediately afterwards, international observers reported that the DPRK began rebuilding Sohe nuclear test sitedestroyed after the first meeting of Kim Jong Un and Trump 12 June 2018 of the year in Singapore.

“Why didn't an agreement between the US and the DPRK take place a few months ago? Because Kim Jong-un did not hear the keywords he wanted to hear from Trump: “full guarantee of security” for his regime. I think that now, after the failure of the meeting with the United States, the DPRK leadership is trying to reach an agreement with a number of other countries, including Russia and China. So that several countries at once give Kim Jong-un collective guarantees of the security of his regime. Well, besides this, he wants to make Trump “jealous” by meeting with Putin, ”Maslov suggested.

The expert also admitted that Russia would be ready to exchange participation in ensuring the "collective security" of North Korea for participation in several economic projects on the territory of the DPRK. The Kremlin hinted at what kind of projects they would be by publishing a list of participants in the Vladivostok summit: in addition to Foreign Minister Sergei Lavrov, these are Transport Minister Yevgeny Dietrich and Deputy Energy Minister Anatoly Yanovsky.

On the subject: North Korea: How a country lives that threatens America

North Korea, in his opinion, is ready to make concessions and to suspend the nuclear program somewhere, but it is not ready to completely abandon nuclear weapons, as representatives of the North Korean Foreign Ministry have said almost straightforwardly.

Besides the fact that the presence of nuclear weapons significantly reduces the likelihood that North Korea will ever be attacked, it will also be very difficult to sell to the people.