Russian is one of the most difficult languages. Those who teach it as a foreign one are looking for clues: for which words you can fall in love with Russian, which cannot be found in your native language, the meaning of which words is easy to guess. They orient themselves as they can in the wondrous world of the Cyrillic alphabet, conjugations and cases. Edition Lifehacker unearthed the strangest and most interesting life hacks of those for whom Russian is not native. 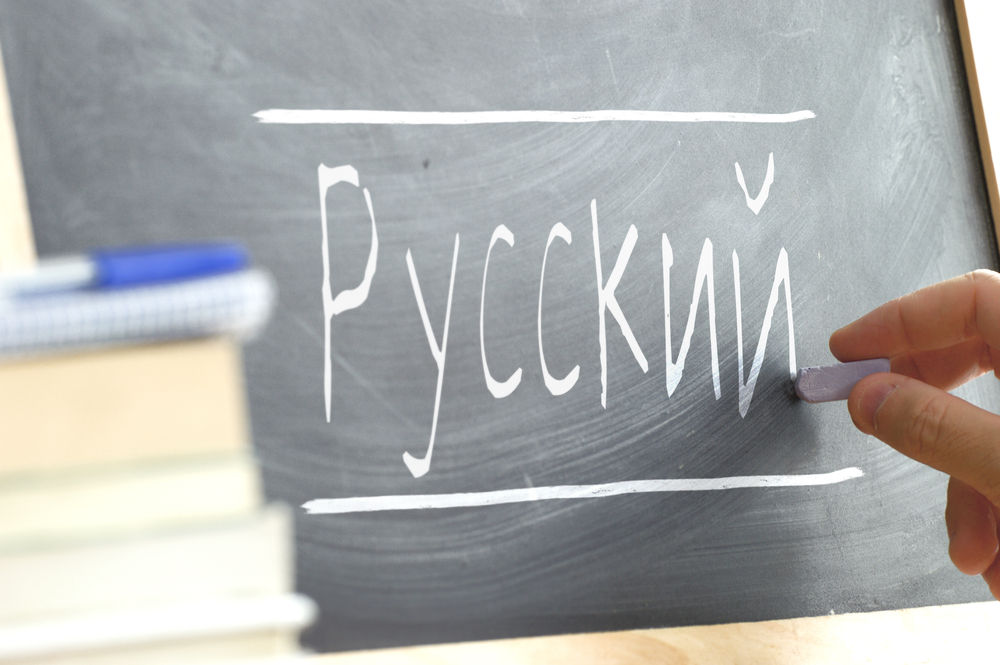 When you are tired and forget all your vocabulary, just drop “-ow” at the end of any English verb “and pray to the gods of cross-cultural communication”, as BuzzFeed journalist Suzy Armitage, who studied Russian, writes.

"Y" as the sound of a blow to the stomach

Especially hard for foreigners are some sounds. The French, say, learn to say “x” from scratch. There is no such sound in their language, but instead of the words we know, we get “kleb”, “cow breeder” and “calva”. It’s hard for everyone to give an “s”.

“Imagine that you just got kicked in the stomach, then you get the perfect Russian“ s ”,” the professor taught the American Armitage.

"What for?" and "For what?" - People who get to know Russian consonants for the first time ask about these questions. It is easy to confuse “w”, “uh” and “h” when the sounds are new to you, and as a result, native speakers don’t understand you at all. For example, you needed the Shukhovskaya tower, asked for the way as you could and arrived at the Shchukinskaya station. This is the norm.

Everyone who learns Russian goes through levels of humility. It looks like this: first you learn, then you learn more, then you learn a little more, you begin to feel confident, and then you are mistaken in cases. The only way to stay calm and continue is to learn humility.

Six synonyms for to go

A sophisticated test for a foreign student is to write a little story about a walk around the city. To tell her, you have to use six different verbs instead of the native to go: “go”, “go”, “go out”, “go around”, “go through” and “go in”. To indicate the scale of the tragedy, we recall that in Russian the glass is on the table, and the plug is on.

On the subject: 10 Russian words that cannot be translated into English

Armitage says that written texts in Russian for a foreigner have a special status. Firstly, no matter how you try to write beautifully, it will turn out like a third-grader. Secondly, you will still not be able to read texts written by hand by native speakers for quite some time. Thirdly, most likely, you will become much worse off handwriting in your native language. A vicious circle of some kind.

The harmless “Give me the salt please” in English sounds like an ultimatum: “Pass me the salt, please.”

The sphere of the Russian language for a foreigner is a hotbed of awkward situations. Due to the consonance of the words “circumcision” and “education”, a bizarre change of stress in the word “write” depending on the meaning, many beginners catch a smile in their conversation with the Russians. Of course, you can understand what is meant, but it’s difficult to resist laughing.

If you want to be understood, say English words with an accent

Western brands, penetrating the Russian market, begin a new linguistic life. The most striking example is Nike. For decades, we bought Nike sneakers, while everyone in the US, UK, and other countries called Nike. It is curious that in the cinema in Russian dubbing, translators nevertheless tended to the popular version.

To order Sprite or Long Island in a Russian bar, writes Armitage, one must name drinks with a hard Russian accent, otherwise they will not understand. Well, or just pointing the finger - it often makes life much easier. It is also difficult for many English speakers to realize that all their lives they have incorrectly called the main alcoholic drink from Russia and said "vadka".

Take care of others - call yourself in Russian

“If you call your name the way you are used to doing it, they will not understand you in Russia or they will still speak incorrectly,” complains Susie Armitage. Especially hard, she notes, are people with names like Seth or Ruth. Ruth? Ore? What?! How right ?!

“Yacht Club”, “Xerox” and “Body Shaming” as a big hello from home

In the Russian language there are a lot of borrowings from English and just similar words: we really start, finish, flirt and invest. Especially a lot of such words that have come into use recently: “post”, “google”, do “drawing”. Therefore, when a student studying the Russian language, after cramming cases and stresses stumbles upon it, his soul becomes a little calmer.

“Beloruchka” and “lawlessness”: words and their unique meanings

Many concepts familiar to us seem strange to foreigners, albeit accurate. They cannot find analogs for them in their own language. A few of these words: “longing”, “vulgarity”, “being”, “lawlessness”, “how much”, “sushnyak”, “beloruchka”.

Many people touch touching new words when they start to learn Russian. To some it seems charming a “front garden” instead of a garden, to someone - a “pillow” underneath the ear, and an “eye”. Katherine Sperling talked about which of them sunk into her soul.

In the first place - “slippers”. Against the background of the English version of house slippers, our word contains something more.

“The sound“ top-top-top ”, which is heard when you walk, is even in their name and refers to the verb“ stomp ”. Therefore, the word slippers crept into my speech when I speak English or German, ”writes Catherine Sperling.

Following the “slippers” - “hedgehog”. In English, these animals are called rigidly: "hedzhhogs" (hedgehogs). There is no diminutive form for them, often for this they add the word little, and it turns out nicer: “little hedgehog”. But, says Sperling, the affectionate "hedgehog" perfectly reflects the look of the animal.

On the subject: Great and powerful: what shockes Americans studying Russian

The multifaceted word "so"

“So” possesses special magic - an adverb, a union, a particle, and an introductory word all rolled into one. Sperling notes that a short “like that” contains many tones. It takes a moment to think - say "so." If you want to seem formidable, say so. Do you want to draw attention to the problem? "So"!

I learned this word from my husband's grandmother. I still don't speak Russian fluently enough, so our communication often goes downhill. When we both decide to give up, she says “so,” which means, “It's okay. At the very least, we both agree that trying to explain further is useless. " When we understand each other, she also says "so", that is, "Yeah, great." A word for all occasions, which is why I like it, ”says Katherine.

In addition to the fact that the passage itself from “no, probably” can drive a meticulous person crazy, a foreigner needs to deal with commas in it. But those who study Russian, take their tricks into arms and begin to use it themselves, especially enjoy it. A foreigner who has learned to say “no, probably” to the place is almost a carrier.

10 Russian words that cannot be translated into English

Do not outsmart the system: why in the USA are forbidden autonomous with an innocuous word

Why Americans, unlike Russians, do not leave housing for children as an inheritance