Home loudspeakers Why do Americans arrange their funerals in life

The American tradition of celebrating important life events with a special scope and taste is known to us all from Hollywood films. Moreover, the wealthier the Americans, the more their personal family event turns into a public holiday. For example, in the USA they like to get married, one year before the wedding, they often hold a full rehearsal of the celebration and even sometimes advertise it in the newspaper. A funeral is no exception. 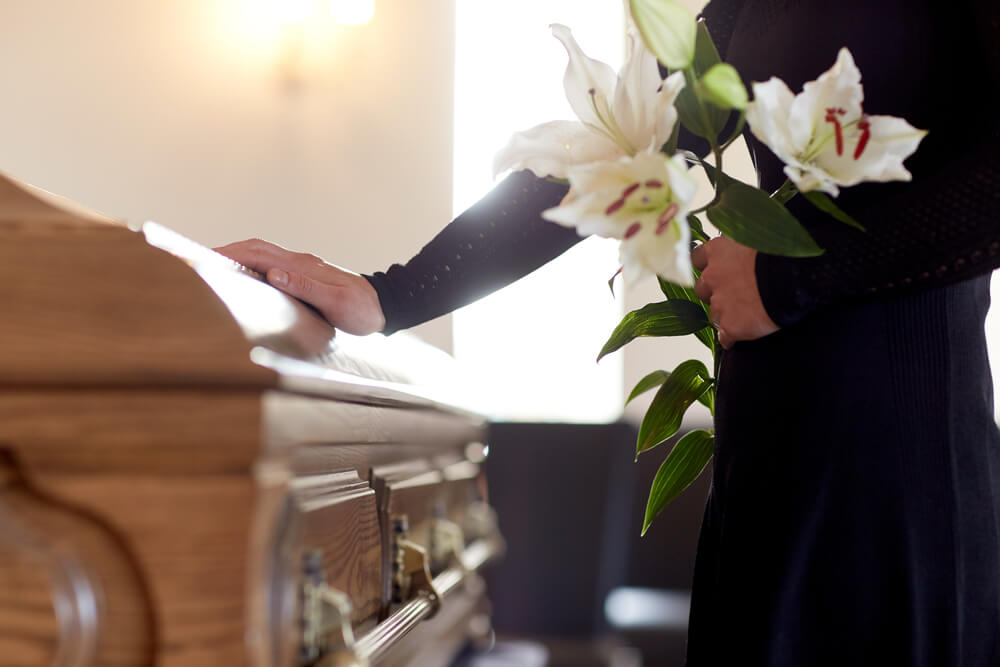 Americans prefer to prepare for death in advance. This includes legal procedures, such as arranging insurance and wills, as well as buying a place in a cemetery, as well as choosing a funeral home and even drawing up an approximate scenario for a future procession.

One wealthy and already middle-aged resident of Los Angeles went even further. Last weekend, he organized ... his own funeral! My friend Irina managed to get into the number of guests. For ethical reasons, she does not name her “hero of the occasion,” but she shared with us how the funeral is held with the direct participation of the “deceased.”

“In this case, we are talking about an elderly person who really has health problems. Apparently, he feels that he does not have much time left. Moreover, he has no family and heirs, but he has a lot of money. So I understand his logic. The funeral, in addition to grief, is an attempt to pay tribute to the deceased, to remember what a person was like during his lifetime. In farewell to the deceased, his friends and relatives come from all over the world. But the tragedy is that the deceased himself no longer has the opportunity to either say goodbye to his loved ones or hear their good words addressed to him. So why not take this opportunity during your life? ”, Irina argues.

According to her, the event was a success. Deprived of the sadness for the deceased traditional for memorial evenings, it turned into a real holiday.

On the subject: Cemetery picnic: how our immigrants instilled strange traditions into the Americans

“My friend rented a club in the center of Hollywood. The celebration itself resembled a party in a Russian restaurant: lunch and a concert. All the gathered addressed him with words of gratitude, talked about him, recalled various moments from his past. Further, the "deceased" showed a film about himself, consisting of his personal photographs and the designation of the main milestones of life. Also, the public was shown appeals to him from various Hollywood stars. This is also a common practice in Hollywood: for the money you can easily order such videos. Also at the evening Dick Van Dyke performed live - despite his 94 years, he still sings and even dances, ”says Irina.

According to her, the organizer of the evening was very pleased with the ceremony.

“He managed to gather almost all his friends and relatives, to hear what they would say about him when he does not become, in a word, to attend his own funeral during his lifetime. I am very glad that he managed to spend his money during his lifetime, while they are still able to bring him pleasure, ”concludes Irina.

Your own “funeral” is getting popular

The case of Hollywood's "living wires to another world" is far from the only one, many Americans arrange their own funerals. This often happens when a person is sick and knows that he has little to live. It happened with Jessica, writes Living Room.

The girl suffered from ovarian cancer and, after 6 years of fighting the disease, she died. But before that, she arranged herself an unforgettable “funeral”. The idea to make such a party came to her when she was in the hospital on her last birthday and could not celebrate it. Then she realized that in her last days she wants to say goodbye to everyone and have fun.

According to a friend of Jessica, it was "an unforgettable party."

“There were cakes and wine for the guests and a drip for Jessica. Her niece read emails from people who were unable to attend the funeral in person. Her husband said that when he met her, he did not know that she would become the love of his life. We gathered around the piano and sang Cosmic Strangeness. Her doctor said that he had never had a patient who would do something like that, ”said a friend of the girl.

“We live in such a horrific death-denying culture. I have had family members who refused to talk to me when my college roommate was dying because it was too painful a topic. When I was diagnosed with a fatal cancer, I had friends who insisted that I would survive and who made me feel like I would let them down if I didn't. We describe the natural and inevitable end of life as “losing the battle”. Yet I am well aware that the treatment did not prevent my death. It was just postponed for another day, ”- shared his opinion of Jessica's friend, who met her in a support group for cancer patients.

After her party, Jessica lived for some more time, after which she left, leaving a good memory of herself.

"If I ever get the opportunity to throw the same party, I will definitely do it," admitted a friend of Jessica.

Another cancer patient, John Shields, decided to do medical euthanasia, but before that he threw a gorgeous party. He and his girlfriend gave each other farewell gifts.

Despite the fact that people are still very wary of such events, "funeral" parties are gaining popularity and may soon become an integral part of life.

Why does someone decide to hold a live funeral?

There are several reasons why more and more people are choosing to have a live funeral. The importance of religion as part of a funeral ritual is gradually diminishing for some Americans, and many are opting for personalized rituals. Thus, a “live funeral” can be unconventional and creative. US-funerals.

Now a person can decide to hold his own holiday of life, bringing his family and friends together and getting the last chance to meet and share the joy with loved ones. The reason for holding such a funeral is usually an elderly person or a deadly disease.

In what format are “funerals” held?

Such a funeral can take any format that the customer chooses. As a rule, they are organized as a party for family and friends, and should not be formal or take place in a “normal” funeral venue.

Funeral parties in the world

In January 2020, the story of the Japanese businessman Satoru Anzaki became known, who at the age of 80 decided to hold his own funeral before his death, to see and thank all those who played a role in his life.

Similarly, the 93-year-old Briton Ethel Lezer decided to have her own funeral as a chance to organize a grand party for her family and friends.

Do I need a funeral home for a living funeral?

A funeral home does not have to attend a funeral while alive. No death has occurred yet, no sanitation is required. It also does not need any legal permits or documents regarding the dead body. A preliminary funeral is simply an event dedicated to the life of a person about to leave.

How much does a live funeral cost?

Of course, much less than the traditional funeral services. For those who know about their imminent death and want to gather together family and friends, the event can be organized simply and without any special costs.

On the subject: Cemetery dot com: what happens in social networks with accounts of deceased people

While the funeral during life remains a concept that exists on the outskirts of culture. They are perceived as non-traditional and violating the accepted life rituals situation. But soon this should change. In addition to the examples presented here, more and more people are talking about recognizing that our attitude towards death is changing, and that it will no longer be something intimidating and unknown.

Personal experience: what services can be obtained in the USA without leaving the car

Declassified data: how Soviet spies worked in different countries of the world