Home In the U.S. 'Forgot who I am and where': after COVID-19, people suffer for months from disorientation and memory loss

'Forgot who I am and where': after COVID-19, people suffer for months from disorientation and memory loss

After contracting the coronavirus in March, Michael Reagan completely forgot his 12-day vacation in Paris, even though the trip was only a few weeks ago. Survivors of Covid-19 months later still suffer from "fog in the head", difficulties with memory and recognition of people and objects, writes New York Times. 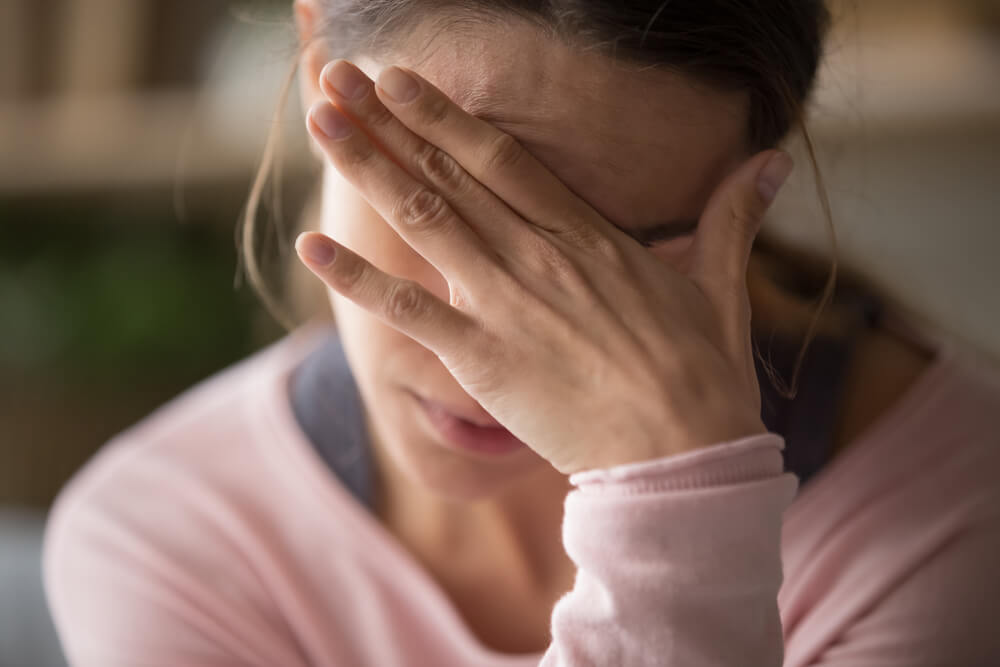 A few weeks after Erica Taylor recovered from the nausea and cough caused by the Covid-19 virus, she did not recognize her own car, the only Toyota Prius in the parking lot of her apartment complex. Lisa Miesel, an experienced emergency clinic nurse practitioner who fell ill in July, found herself forgetting about routine procedures and laboratory tests and had to ask colleagues about the terminology she knew automatically.

This condition is referred to as “post-Covid head fog”: disturbing cognitive symptoms that can include memory loss, confusion, difficulty concentrating, dizziness, and difficulty in forming familiar words. Increasingly, coronavirus survivors say head fog impairs their ability to work and function normally. Igor Koralnik, head of the Department of Neuroinfectious Diseases in Chicago, says the problem has affected thousands of people.

Scientists aren't sure what exactly causes the symptoms. The main assumption is that "fog" occurs when the body's immune response to a virus does not stop, or because of inflammation of the blood vessels leading to the brain. In August, a French study found that, months after recovery, 34% had memory problems and 27% with concentration.

“It's exhausting,” said Rick Sullivan, 60, from Brentwood, California, who has had episodes of brain fog since July following Covid-19. "It feels like I'm under anesthesia."

On the subject: Unbearable for most Americans: NYT named the cost of Trump's treatment for COVID-19

"Forgot who I am and where"

When 31-year-old Taylor contracted the virus in mid-June, she thought she would only need a short break from work. But she was so disoriented that she washed the TV remote in the typewriter and had to return the dog to the shelter because she could not trust herself to care for the animal.

One morning she woke up and realized that she did not remember who she was and where she was. Everything in her brain was "white static electricity."

“I sat on the bed, cried and felt that something was wrong, I had to ask for help, but I could not remember who and what to ask for. I forgot who I am and where. ”

By July, she decided she had recovered and told her boss that she could return. But after another episode with “white static” she wrote to him: “I'm scared. I really want to get back to work. But I get very tired and very confused all the time. " He invited her to rest and recover.

She resumed work in early August, but her mind wandered and it was difficult even to read her email. In the end, the employer asked her to leave. She tried to volunteer, but was refused.

Reagan, 50, who spent 5 days in the hospital, resumed his job at a stents and catheters company. But tremors of fingers and convulsions, neurological symptoms do not make it possible to do the job efficiently.

“In the meetings, I can't find the words,” said Reagan, who is now on vacation. "I feel like an idiot."

Before she contracted the virus and was hospitalized with pneumonia, she treated 6 patients per hour on her own at her clinic in Huntsville, Alabama. But recently she asked someone else to work with her.

“I try to be gentle with patients. Nobody wants the health worker to be in the fog, it's very scary, ”she said, adding that the situation has improved slightly. "I haven't killed anyone yet."

The cause of the symptoms remains a mystery, in part because they are varied.

“The simplest answer is that humans have sustained immune activation after the initial infection has subsided,” said Dr. Avindra Nath, head of the Nervous System Infections Unit at the National Institute of Neurological Diseases.

According to Dr. Serena Spudich, head of neurological infections at Yale School of Medicine, inflammation of the blood vessels or cells lining the vessels may be involved. Inflammatory molecules, released by effective immune responses, “can also be a kind of toxin, especially for the brain,” she said.

According to Dr. Dona Kim Murphy, a neurologist and neuroscientist, microstrokes can cause some symptoms. She herself experienced neurological problems after the coronavirus.

Symptoms such as tingling or numbness can occur when damaged nerves send the wrong signals, according to Dr.Allison Navis, neuroinfectious disease specialist at Mount Sinai Health System. Lung or heart problems can worsen neurological symptoms.

On the subject: COVID-19, flu or cold: how to recognize the disease by the first symptoms

How do you say "toothbrush"?

This summer, Reagan turned on the stove to cook scrambled eggs, and then absentmindedly went for a walk with the Wolf-Parkinson-White dog, named for a heart arrhythmia. When he returned, he found a red-hot empty frying pan, panicked and has not cooked since. He completely forgot last Christmas, New Years and the March holidays in Paris, which he arranged on the occasion of his partner's 40th birthday.

Even a little mental or physical stress can provoke his "fog", and Sullivan, who was fired from a leadership position before the pandemic, said that for many days he could only perform two duties: "To clean the cat litter box and collect dog excrement." And even that was a series of difficult challenges.

Julia Donahue, 61, from Somers, NY, struggles to speak fluent sentences. Recently, she could not even remember what the "toothbrush" would be. She told a friend: "You know, the thing that cleans your teeth."

Experts advise people with “fog” to see a doctor to rule out other illnesses and treat any remaining physical symptoms. Mizel, Reagan, and Taylor consult with cardiologists and neurologists. Doctors don't know if symptoms will improve over time or go away.

In mid-September, Sullivan thought the worst was over, but in the grocery store he felt sick and a "continuous fog" formed in his head. A few days later, he lifted small dumbbells - nothing compared to his serious fitness program before COVID-19. At that moment, the "fog" overtook him again. According to the man, at that moment he began to cry.

WHO no longer wants quarantine due to COVID-19 and even warns against it: what is the reason

How the pandemic changed the housing market: where and why Americans are moving

Card, money and smartphone: coronavirus can live on some surfaces for up to 4 weeks