Home Our people Yuri Shevchuk: “It is important not to“ unhumanize ”before Armageddon”

Yuri Shevchuk: “It is important not to“ unhumanize ”before Armageddon” 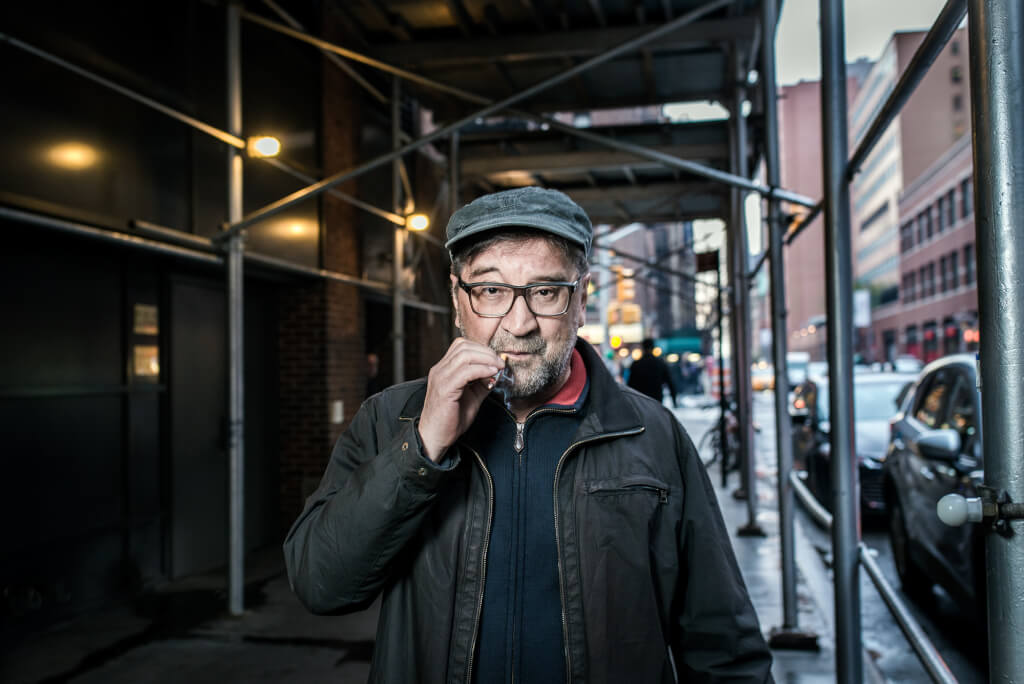 Yuri Shevchuk is the founder, leader and the only permanent member of the DDT group in New York. Photo: Pavel Terekhov

Yuri Shevchuk and DDT group in New York. ForumDaily met with the rocker on the eve of the concert and found out “what will happen to the Motherland and with us”, when to wait for the next compilation of Shevchuk and why he doesn’t like the current America.

DDT's US tour includes two concert formats: "Acoustics" - more reminiscent of Shevchuk's author's evening (such concerts were expected in Miami, Philadelphia, Montreal, Seattle and San Francisco) and "Transparent" - a large full-fledged concert of the group and the presentation of the album of the same name ( in this format, the musicians perform in Boston, New York and Vancouver).

In all cities, the group was expected to be sold out, despite the fact that the schedule of touring performers from the CIS has tightened this spring to two concerts a week - the rockers were greeted with special warmth by representatives of all generations of immigrants.

Yury Yulianovich, “what will be with the Homeland and with us”?

I do not know.

And how do you feel there are positive developments?

Well, if they were not, we would not work. Just do what you need, and it will be what will be, many have forgotten about it. We do everything we can to change the situation: we sing about peace, love, man. Reminding everyone and ourselves that we are human, that we cannot and cannot be evil, suffer xenophobia and other social diseases. That we need to live in peace with the whole world, that music without boundaries, that it stands on the ground of good, gives warmth, and this is important and necessary for continuation. It is important and not to be “unruly” before Armageddon and epoch-making self-immolation at all levels.

You sing about it, but you also have two collections of poems, will you wait for the third?

While it is too early to talk about it, if there are so many texts that are worthy of becoming a book, then yes. I am writing something constantly, but the schedule is such that it is all put off somewhere on the table. While the third book is not enough for me. 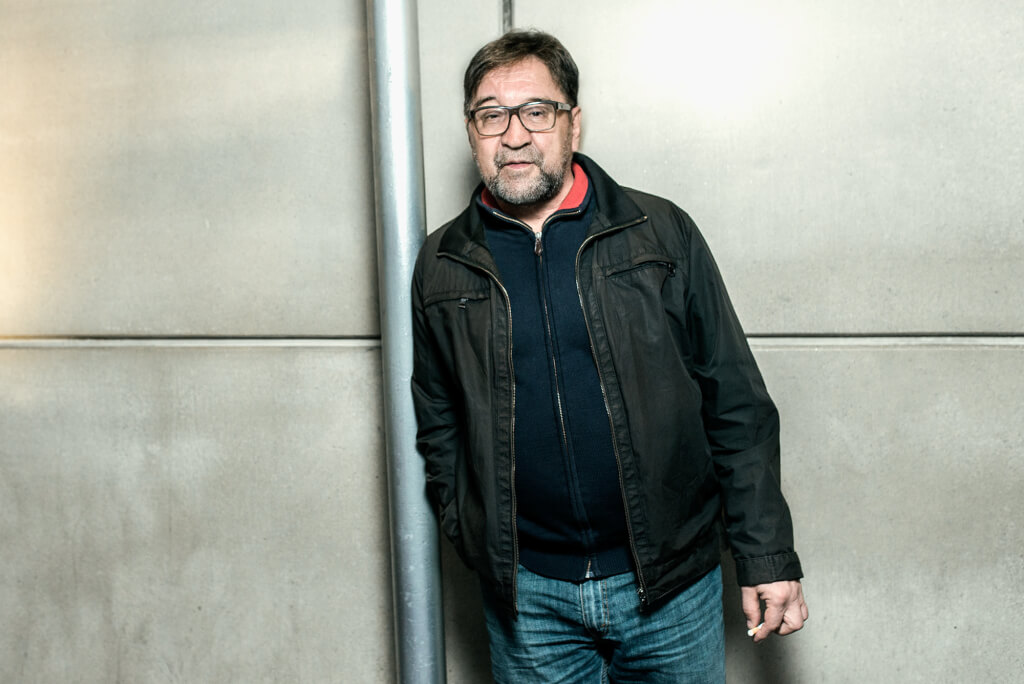 “Transparent” is the 21 album of the group “DDT”, released in May 2014 of the year. Photo: Pavel Terekhov

Album "Transparent", with which you are now on an American tour, is about love, peace, hope. With him you have traveled not only Europe, but also Russia. How did you manage it, given the widespread bans for you on television and in the media in Russia?

In Russia, we drove cities 60. In some cities, they really continue to put sticks into the wheels and they don’t even let us in, but we are used to this since the 2007 year. Something happens all the time, but we do not focus attention on it, because there are always enough fools everywhere. But people are waiting, and we come, how and where we can.

You have not been to hot spots and wars more than once, but you never reached the east of Ukraine, why?

I got drunk of it all. Too much pain, just ate for the most "I can not." Each person has his own threshold, and I reached it.

But you have always been a rebel and inspired others to stand up to the system, what has changed?

I do not consider myself a rebel, I just have a position that I do not want to impose on anyone. Maybe he became wiser, now I can only inspire, impose - never. Listen to my music, it says it all. 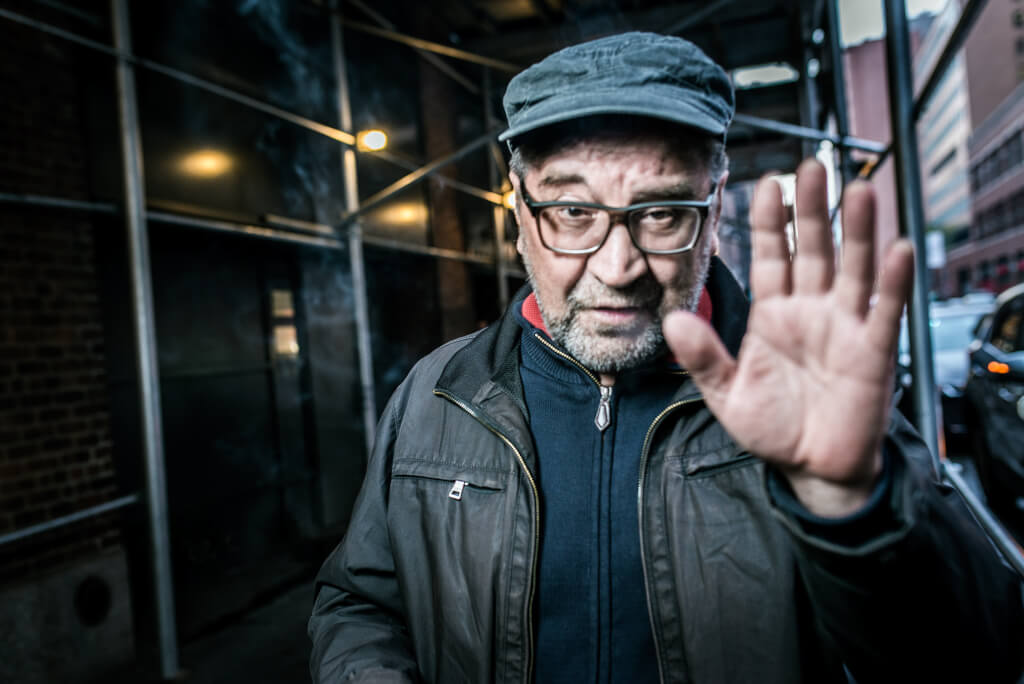 Yuri Shevchuk was born on 16 in May of 1957, in the village of Yagodnoe, Magadan Oblast, in a Ukrainian-Tatar family. Photo: Pavel Terekhov

You have Tatar and Ukrainian blood flowing in you, which is closer and tangible to you?

It is impossible to separate. My great-grandfather, the mullah, was shot for his convictions in 37. My grandfather passed on to me the Koran and Islam, the Tatars are my ancestors, my blood. This is a lot for me. I love Ukraine, how many times they played there, very warm relations with people, lots of friends. Our family was exiled to Siberia during collectivization, half of the family did not even get there, and they died there. A grandfather on the part of Shevchukov was shot near Kansk. Our family suffered, like many others, from collectivization, from Stalinism, from everything. From all sides suffered.

You have collaborated with many Ukrainian musicians. In your opinion, has the situation in music changed there due to the military conflict, the economic situation and the fact that the market has become several times smaller?

I think that the wave of bans on certain artists is very wrong. Trying to judge the art of this or that musician, based on the political situation, it is wrong. I am sure that it is impossible to touch an artist, in spite of his political views. He is still an artist and it is impossible to forbid him a concert. I am talking now about both Russia and Ukraine in equal degrees.

Music has no limits.

Art affects life indirectly, not directly. The pocket and what is in it, political concepts, directly affects life, and art is always indirect. It can make a person more human or, if it is propaganda, "more dehumanizing." The second world war was not saved by the brilliant art of the early 20th century - brilliant, in my opinion. Why was rock and roll born? He was born, first of all, from disappointment with classical art, which did not save the world from cannibalism. 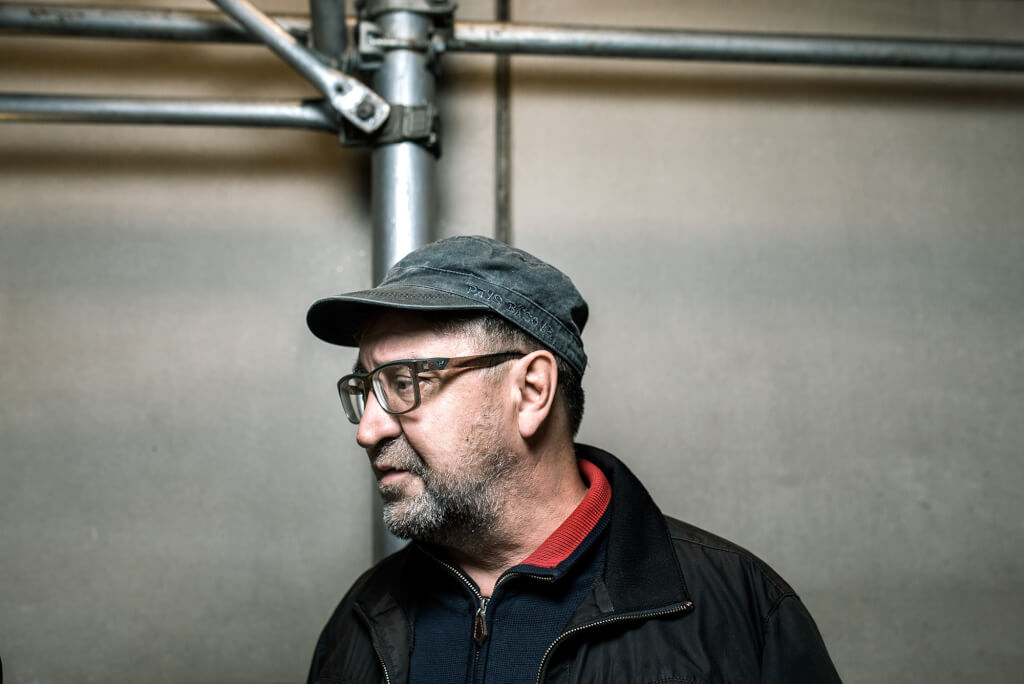 The name of the DDT group is derived from the chemical substance dichlorodiphenyltrichloroethane (colloquially “For domestic beasts”, “Dust”), which was used as a powder in the fight against harmful insects. Photo: Pavel Terekhov

This is not your first time in America. How do you think the portrait of an immigrant has changed, who is coming here now?

Now many people travel not for economic reasons, as in the 90s, but for political reasons - and it is sad that people do not see the prospects. I see many from Ukraine, Belarus, Russia, Georgia, from many CIS countries - intelligent, charismatic people who cannot arrange their lives and careers there.

Do you remember your first visit to America and your feelings about this?

I remember, of course, I was here for the first time in 90, America was completely different, it was absolutely free. You definitely do not remember that New York, which I remember.

It was a luxury, feast, freedom and anarchy. Here you could do anything, literally everything.

You were not condemned for anything, and now New York also became a bit like a prison of nations, a police state (laughs). Especially after the attacks, it became so everywhere, unfortunately.

Do you have a favorite place in America?

I've been here a million times. In general, I do not really like cities, I love nature and trees, I even got tired of Peter. I'm tired of everything. Buildings, cities, people - everything is imperfect, only nature, trees, rivers, clouds - this is a miracle, this is inspiration, this is real beauty, this must be protected.

Vladimir Voinovich: Russia will be saved only by new restructuring

Permanent representative of Ukraine to the UN: The conflict in the Donbass at best will only be able to freeze

Go to the page ForumDaily on Facebook, to keep abreast of the latest news and comment materials.