Home In the U.S. I can not afford it: a woman stuck between the train and the platform, asked not to call an ambulance. VIDEO

I can not afford it: a woman stuck between the train and the platform, asked not to call an ambulance. VIDEO

Despite the fact that the woman’s leg was stuck between the train and the platform on the subway in Boston, she begged passers-by not to call an ambulance. 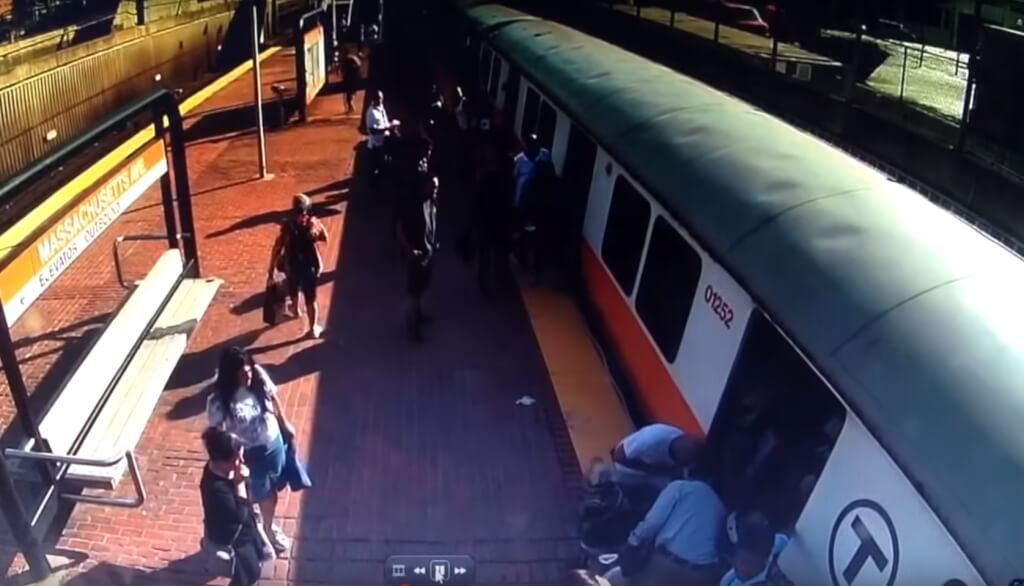 “Do you know how much an ambulance costs?” The woman asked in tears.

Metro workers rushed to save the woman after she was stuck in the gap between the train and the subway platform. The incident occurred around 17: 30 evenings on Friday at Massachusetts Avenue station, according to a police report. The gap between the platform was 12 width cm.

The Transport Management Security Camera showed that passengers were swinging a train to free a woman. 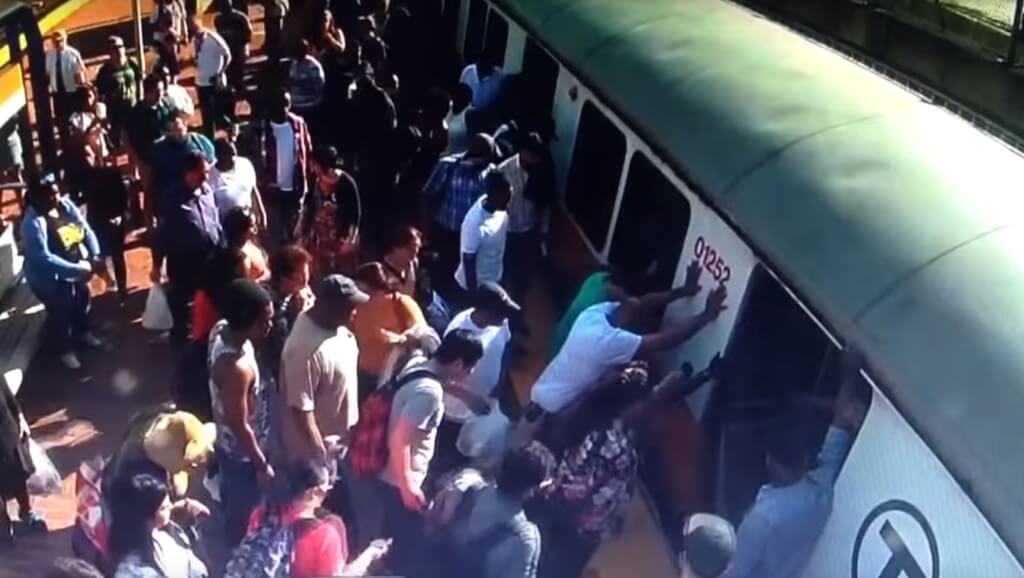 According to the reporter of The Boston Globe, Maria Kramer, who witnessed the accident, the 45-year-old woman was “turned and bloodied leg”.

“Awful scene on the orange line. The woman's leg got stuck between the train and the platform. She [leg - ed. ForumDaily] was twisted and bloody. There was almost no skin. The woman begs that no one calls an ambulance. “It's $ 3000,” she says in tears. - I can not afford it". 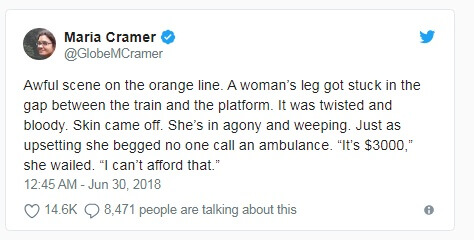 After the publication of this tweet, the story received national attention.

Police said emergency medical personnel bandaged the wound on a woman, but she needed surgery, so she was hospitalized.