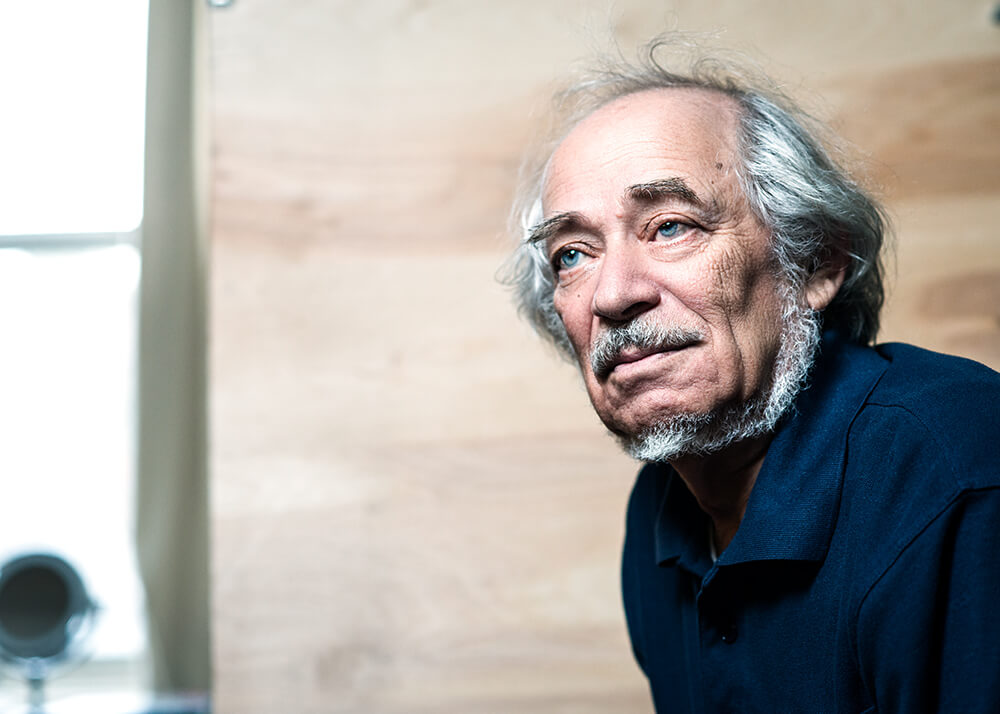 Mikhail Turovsky immigrated to the USA 35 years ago. Photo by Pavel Terekhov

Mikhail Turovsky lives with his wife in the Russian-speaking area of ​​Brooklyn. His apartment is more like a museum or library. Here are the owner's books, and the most precious thing for any artist - his paintings.

“There are hands, eyes are there, my heart is beating. I still work every day. I have been engaged in my favorite profession since I was eight. I have come a long way from a sperm to an academician. And he fought all the time, ”says Turovsky.

He arrived in New York from Kiev in the distant 1979 year. Conquer America failed immediately. Today, his works are represented in the National Art Museum of Ukraine, the State Tretyakov Gallery and in several US museums (for example, in the museum at Cornwall University). Last year, Mikhail Turovsky won the competition “Man of the Year Russian-speaking America” in the nomination “Artist of the Year”.

He writes in different genres, but is best known for the creation of the series "Holocaust" and "The End of the Great Utopia." According to Turovsky, the theme is dictated in part by the fact that he was born in 1933, when Hitler came to power, and grew up under the totalitarian regime of the Soviet Union. He talks about this in his paintings. “The Holocaust is happening wherever some people arrogate to themselves the right to decide who can live and who must die,” adds Turovsky.

The theme of life and death in Mikhail Turovsky is very common. Among the latest works is the painting "Two", where the transporter of souls is sailing along the river Styx in the underground kingdom of Aida with someone on a boat. “I've lived a great life. And, probably, it is also a physical feeling of war, ”explains the painter.

“The end of the great utopia” is a protest against totalitarianism. “I was happy when at the Venice Biennale I received a whole pavilion for the exhibition of paintings from this cycle,” Turovsky recalls his triumph.

For several years, the artist paints figurative paintings, which he calls “the naked truth, or the apocalypse-daily”.

Mikhail and Sophia Turovsky left Kiev as enemies of the people, without any hope of returning. “The umbilical cord that connected us to our homeland was cut for us,” the artist’s wife recalls with pain.

The family started life in New York from scratch. “We were greeted by representatives of an organization that helped new immigrants. They helped find housing, provided short English courses, and even taught how to look for work. We learned everything there was to know about American life. Sometimes they felt like just children, ”Sophia tells about the move.

Michael had to not only rebuild his life, but also fight temptations. In those years, pop art reigned in American art, Andy Warhol was king, but all this direction was alien to Turovsky. Therefore, he refused the opportunity to make money in the same advertising business, just as he did not chase easy money and get behind the wheel of a taxi. “I decided for myself that I should work in my field, and the freedom I gained should be used to realize my talents,” the artist recalls. 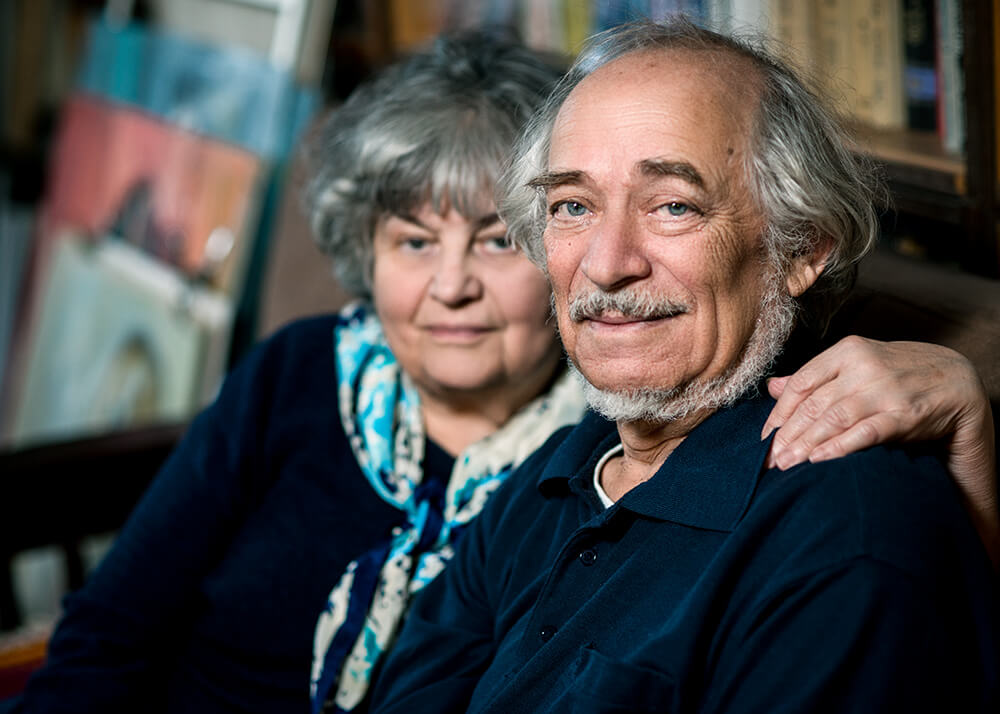 In the first ten years of his life in New York, he did not earn a penny. But the wife still got a job in an engineering company for the position of draftswoman.

“We left without a single picture, it was forbidden to take them out - as a national treasure. I had to leave everything. It seemed like a disaster, ”says Mikhail's wife, Sophia.

Turovsky, however, continued to paint - and somehow, by a happy coincidence, he met the French art critic Serge Lanchner. He became the first art dealer of Turovsky and helped to enter the western market.

An exhibition of the now New York artist in Kiev opened 20 years after he left there. The main one was the "Holocaust" cycle. “These people seem to live in me: their pain, their failed lives, their trampled hopes. With their death the connection of times was interrupted, ”the artist says, barely holding back tears. 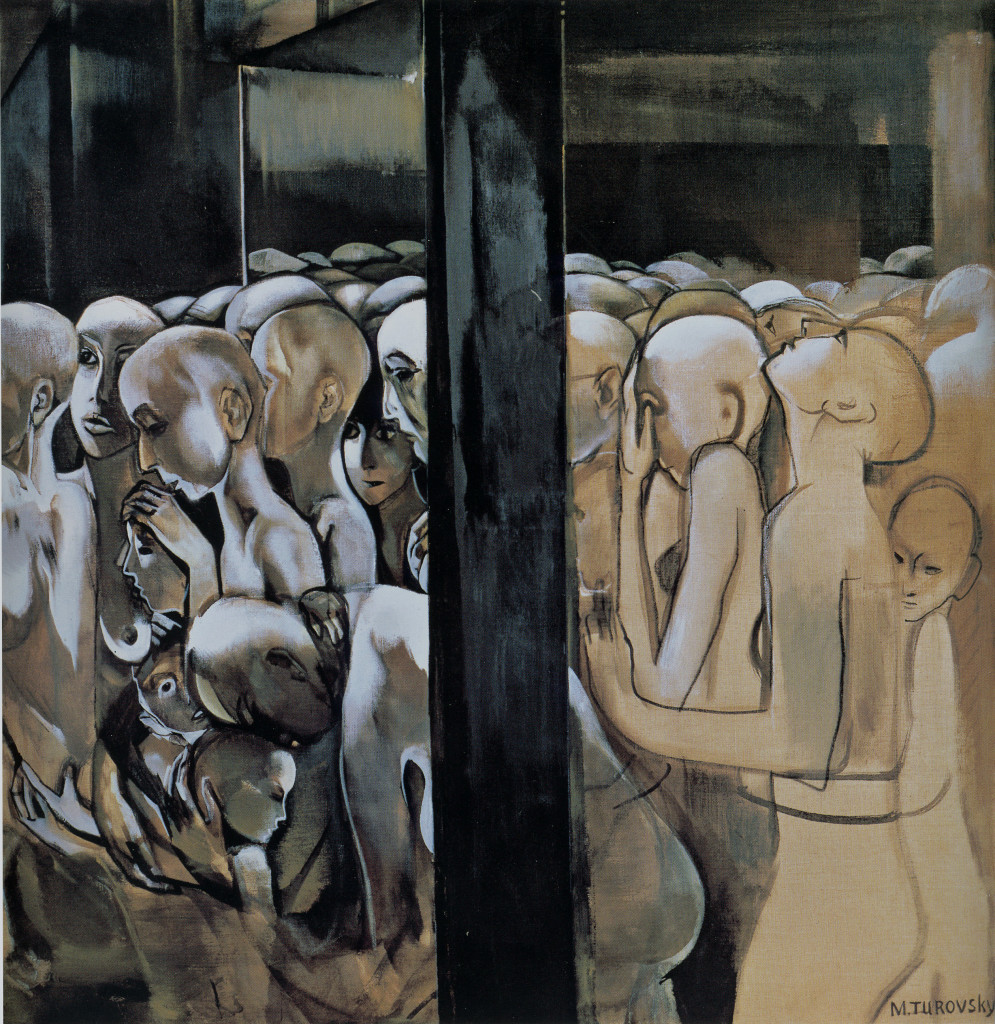 Painting by Mikhail Turovsky from the "Holocaust" cycle.

Mikhail Turovsky loves Kiev very much and believes that it is not even a city, but "a space of a certain spirituality." In the capital of Ukraine, he lived not far from the house of the artist Mikhail Vrubel and the writer Mikhail Bulgakov - and often imagined the life of these two geniuses. “The energy that emanated from these people could not but affect me. For example, I could see Vrubel - he lived on the first floor - open the window and look out, ”says Turovsky.

This year Mikhail Turovsky is 82 years old. He looks great and works hard. “I don’t do any exercises. I train spiritually. The main challenge for me is to create a space for work. The evening task is to motivate yourself for tomorrow, ”the painter shares his secret of longevity.

Turovsky is not very successful in socializing with the Americans, the language barrier interferes. “I did not become an English speaking person with my experience in the United States. My friends and acquaintances worked in American companies and thus learned the language. I no longer have a chance to improve. But I forgive myself for that, ”says the artist. However, the lack of integration into American society does not bother Turovsky very much - he is supported by a large and friendly family.

“We have always understood each other: 55 years together. I think Misha has extraordinary talent. He is a genius artist, and it gives me pleasure to participate, albeit from the outside, in his work, ”says his wife Sophia.

Their daughter Eugenia is a poet. She translates works of contemporary Russian poets into English. And his son Roman is a stage artist, painter and musician. Even grandchildren, twin boys, have followed in the footsteps of their father and grandfather and are already studying in art schools. We can say that the Turovskys completely devoted themselves to art.

“We like the area where we live. We have everything close at hand - shops, doctors, everything you need. We very often meet with Russian people <…>. We lived in Manhattan for several years. And now, when we arrive there, we are surprised: how did we live here? In the sense that there are a lot of people, cars, everything is noisy. And here we are calm and good, ”says Sophia.

Recently, a close friend of Mikhail Turovsky, the poet Alexander Behrens, has collected the artist's works over the past two years in the photo story “White, Black and Red”. “This film contains all my mood, my attitude to today's events in Ukraine. This is the cry of a man wounded by his time, ”says Turovsky.