Home Educational program Hanukkah: what is this holiday, when and why is it celebrated

Hanukkah is much more than eight days of gifts. Edition Reader's Digest has collected some really interesting facts about the winter holiday that you probably didn't know about. 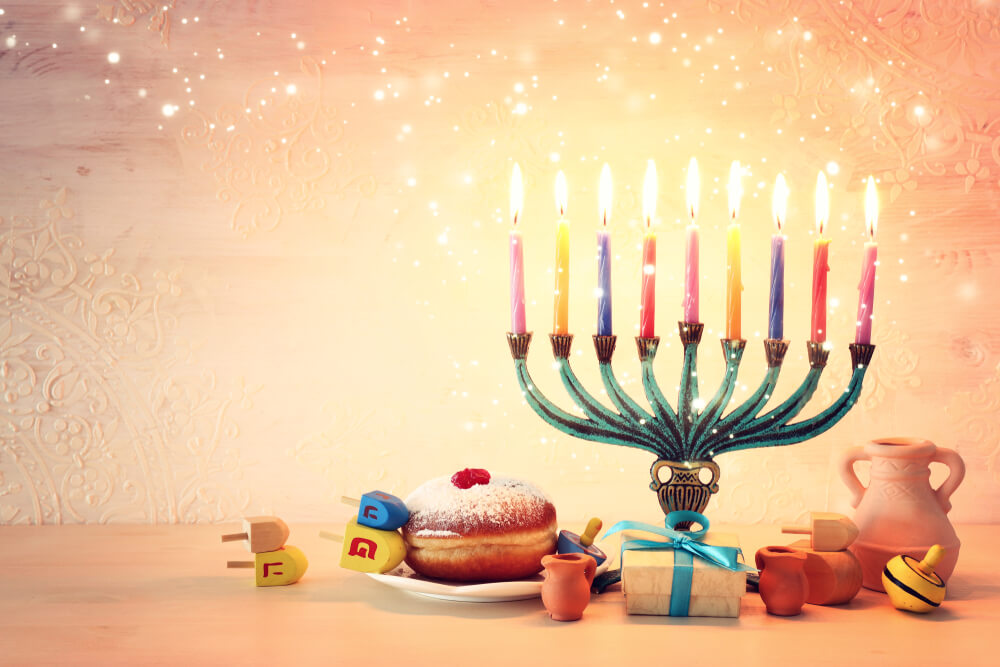 Since Hanukkah and Christmas fall around the same time of year, people often wonder if Hanukkah is the Jewish version of Christmas. At least from a religious point of view, this is not the case. While Christmas marks the birth of Jesus, Hanukkah, which was celebrated centuries before the birth of the Son of God, is something completely different.

Hanukkah marks victory in 164 BC. NS. groups of Jews (Maccabees) over the Syrian Greeks who occupied the Land of Israel even before 167 BC. NS. The Greeks not only destroyed the Jewish temple in Jerusalem, but also completely banned the practice of Judaism. After a three-year struggle, the Maccabees liberated the Temple and won the Jewish people the right to practice their religion.

Scholars believe that the first Hanukkah celebration was actually a belated celebration of Sukkot, a weeklong festival usually held in the fall. When the Maccabees defeated the Syrian Greeks, they wanted to celebrate the important holidays they missed during the uprising. Even though it was early winter, they celebrated Sukkot by re-consecrating the temple. Sukkot was never again celebrated in winter; it became an autumn festival again.

The re-consecration of the temple consisted, so to speak, of turning on the light. Since the invention of electricity was very, very, very far away, people relied on oil lamps. During the rededication there was not enough oil, and in the temple there was just enough to provide light for one day. But miraculously, the oil continued to burn throughout the Jewish people celebrating Sukkot: a total of eight days, including dedication. This is why Hanukkah is always celebrated eight nights.

On the subject: The amazing Latkes story: why potato pancakes are eaten on Hanukkah

The Jewish people continued to celebrate the re-consecration of the temple every year, but it took another 250 years before Hanukkah became known as the Festival of Lights, a name coined by the ancient Jewish historian Flavius ​​Joseph. Some historians believe that Joseph did not mean the lighting of lamps, but enlightenment - as a newly acquired freedom. In any case, the idea stuck. Many people associate Hanukkah more with the miracle of oil than with the rededication of the temple.

When does Hanukkah begin

In 2021, Hanukkah starts at sunset on November 28 and ends at sunset on December 6. If you're wondering why Hanukkah falls on a different day every year, it doesn't actually happen according to the Hebrew calendar. The re-initiation took place on the 25th day of the month of Kislev in 164 BC. E. Since then, every year Hanukkah begins on 25 Kislev. But the Hebrew calendar is lunar, meaning it follows the moon, while most of the rest of the world uses a solar calendar that follows the sun. Since the lunar and solar calendars do not match exactly, Hanukkah can fall any time from late November to late December.

How Hanukkah is celebrated

Hanukkah is celebrated by playing with dreidels, singing holiday songs, exchanging gifts, preparing delicious Hanukkah recipes reminiscent of the butter that burned for eight days in the temple in Jerusalem (jelly donuts called sufganiyot, potato latkes), and lighting candles while singing a blessing.

The traditional Jewish menorah has seven branches for seven candles and is considered a symbol of the Jewish religion. This is what the Jews used during the first Hanukkah celebration in the temple in Jerusalem. The Menorah, which is now used during Hanukkah, is called Chanukkiah and consists of nine candles: one is the original vessel of oil, and eight are the days when the oil burned.

Chanukkiah is usually lit after sunset, but depending on the branch of the Jewish faith it may be necessary to wait until dark. On the first night, one candle is placed in the far right place, and it is lit by shammash (the ninth candle), which is then placed in the designated place. Every night thereafter, a new candle is placed to the left of the previous candle of the previous night, and shammash lights them all from left to right.

Playing with dreidels or tops is a Hanukkah tradition for all ages. The custom dates back to the Greco-Syrian rule of the Holy Land. Since the study of the Torah was prohibited by law at that time, Jewish children pretended to be playing with the dreidel, but in fact they were learning.

Although wrapped gifts are more popular today than in the past, gelt or money is a traditional Hanukkah gift. Some people say that due to the growing popularity of Christmas gifts, more Jews are choosing gifts too.

The Hebrew word for Hanukkah means dedication, which refers to the rededication of a temple after the victory of the Maccabees.

Traditional Hanukkah foods are fried because they celebrate the miracle of the oil that keeps the menorah burning. Traditional foods include latkes, jelly donuts and pancakes.

The first and second books of the Maccabees are part of the Septuagint, the Greek translation of the Bible into Hebrew, which became the model for the Christian version of the Bible.

Born into a Jewish family more than a century after the events of the Maccabees, Jesus celebrated Hanukkah with his fellow Jews in the first century AD. Evidence that he celebrated Hanukkah is found in John 10: 22-24, which speaks of Jesus attending the Dedication Festival in Jerusalem.

There is really no correct way to spell Hanukkah - more precisely, in English. In Hebrew it is “Hanukkah”, But since Hanukkah is a Hebrew word and Hebrew cannot be written in English letters, there is no standard English spelling. Instead, it is spelled phonetically, which allows for interpretation. For example, while Merriam Webster prefers Hanukkah, it's perfectly okay to write Hanukah, Hannukkah, Chanukah, or Chanukahs.

Hanukkah: what kind of holiday it is and how American Jews made it popular

The routine of the miracle: what saved the Soviet Jews and what could save the Jews in the USA