Home Page Selected articles in English What it Takes to be a Cloud Evangelist: a Peek into the Life of Ghulam Mustafa

As a leading Digital Transformation and Enterprise Cloud Architect, Ghulam Mustafa is a force to be reckoned with in the Cloud Services industry. But behind all that talent and experience, there is also hardwork and determination. His journey at the IT world has begun as early as college from COMSATS. Having shown great promise, Mustafa was accepted and attended the most prestigious Nathiagali Summer College at Pakistan to represent the Prime Minister's Office, for a program exclusively given by faculty and C-level audience from the Silicon Valley, Prestigious National Center for Physics, Quied- e-Azam University. 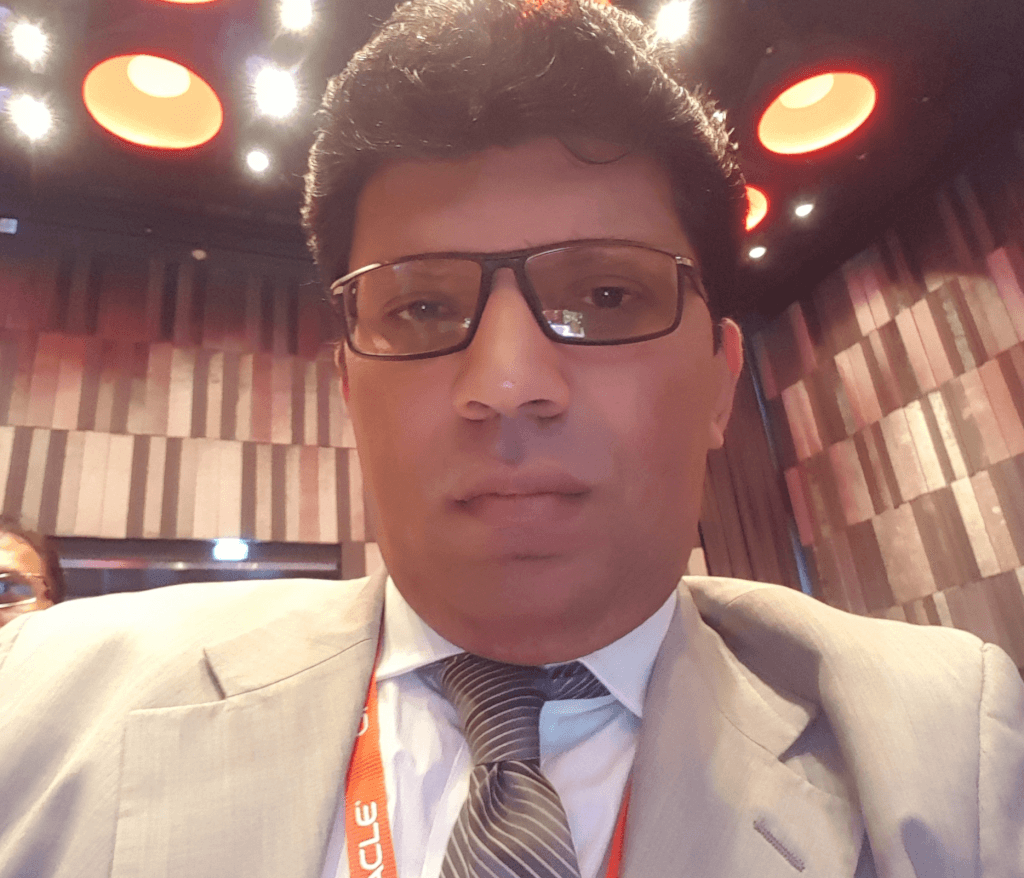 Equipped with a Grid Computing Trainings from CERN, Genava, Ghulam entered the workforce as an IT Consultant to the Pakistani Government, Starting with COMSATS and then for the office of the Prime Minister. From there, his success was not late to come as he went on to become Team Lead and Project Manager in several projects for PwC UK and NHS GoUK.

But if his education and experience has taught him anything, is that tenacity and determination are key. Soon, Mustafa went on to become CIO for a large Pakistani Conglomerate, which later catapulted him into Global Positions such as Regional Director of Customer Care for Oracle Corporation, where he accomplished the above 70% rate which was the highest in the region. Thus, this position and his success took him on various locations in numerous countries, mainly around South Asia, West Asia and Indonesia. Aside from allowing him to develop his management and customer relations skill, this role has taken him to different countries, where he absorbed a varied set of skills.

Thanks to his expertise in IT management, Mustafa was elected for the position of Director of IT in the Ministry of Finance of Pakistan. There, Mustafa was in charge of projects destined to improve Financial Reporting and Auditing, aimed at automation of the Ministry and its affiliated departments, encompassing 500 offices throughout Pakistan. During his tenure at the Ministry of Finance, Mustafa established the very first indigenous SAP Competency Center for the Government of Pakistan. It should be noted that Mustafa's knowledge and skills have been recognized by Pakistan's Prime Minister's Office and he was designated Prime Minister's honorary IT consultant for two consecutive years.

Finally, Mustafa's abilities and record enabled him to fulfilled his dream and be employed by the giants Oracle Corporation, who in 2015 endorsed him for the position of Director of Cloud Customer Success in ASEAN. However, since 2018, Mustafa's title had changed into APAC Cloud Platform Sales Consultant and Enterprise Architect for wider APAC Role. Committed to his clients as well as prospective ones, Mustafa notes that a crucial part of his role is creating advanced Cloud-based solutions and catering both to the market's needs as well as his clients'.

A big part of his role entails educating and sharing his immense expertise through the Oracle Customer Awareness program. Performing as counselor and coach allowed him to deepen and base his expertise by defining novel approaches. You could say, that as much as Mustafa has to share with the world of IaaS and PaaS systems and applications, he is keen on learning and constantly self-developing. Furthermore, utilizing every device in his toolbox, Mustafa makes sure every opportunity that comes his way is one he uses for growth.

During his 10 years of employment (and still counting), Mustafa has achieved a great number of successes, some of which include the execution of the Implementation Management Process in over 100 strategic projects. Furthermore, he has successfully deployed Oracle's Fusion / EBS Enterprise Resource Planning (ERP), Customer Relationship Management (CRM) and numerous other projects with customers such as Askari Bank, Mobilink, Telenor and PTCL. However, Mustafa take special pride in his most impressive achievement which was the amicable turn-around of several critical projects. Mustafa single-handedly rescued the projects by applying product specialist knowledge, leadership and negotiation skills, arbitration techniques, and above all; by applying Project Management winning practices.

Now, Mustafa is taking the cloud scene by a storm. Through his day-to-day work at Oracle, and his illustrious 20-year career in both the public and private IT sector, he is able to offer some intriguing observations about the future of the Cloud industry. Some of which include potential vulnerabilities Cloud systems may have to tackle, as well as innovative solutions to address these issues. With over 20 years in the IT field, backed up by one of the greatest Cloud corporations in the world today, we are sure to hear more of Cloud Evangelist Ghulam Mustafa and his contribution to the field.