Home Educational program Chinese coronavirus: is it worth wearing a mask on an airplane and how not to get infected while traveling

In the modern world, people travel around the globe, making it difficult to localize infectious diseases - in particular, the outbreak of a dangerous coronavirus that began in Wuhan, China, writes USA Today... John Cox, a retired airline captain and head of the flight safety business, spoke about what is happening in the world and how airlines protect passengers and crews. 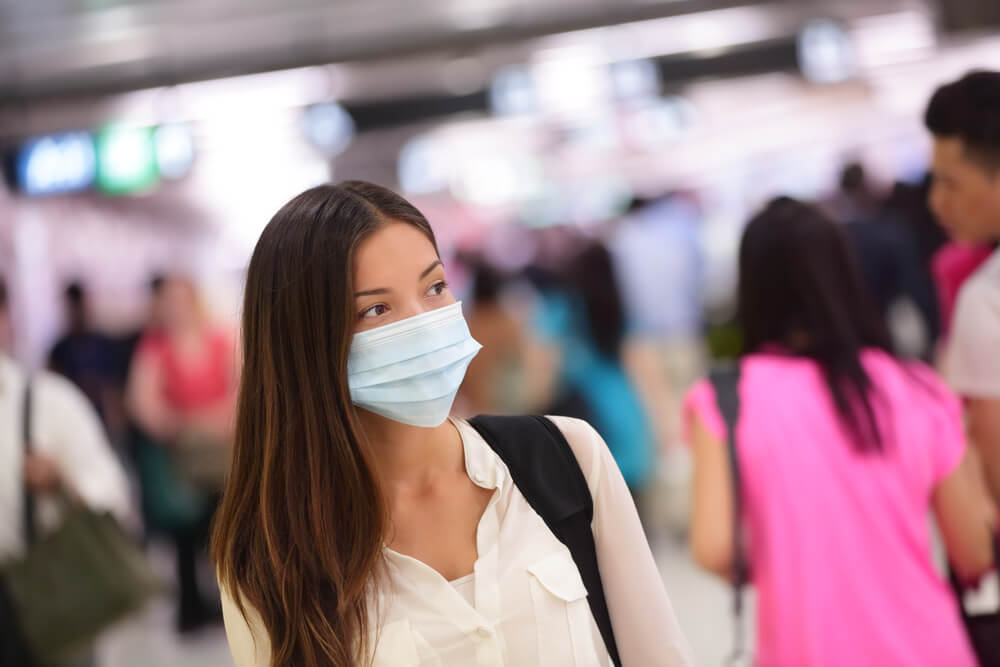 Chinese officials have already stopped travel to and from Wuhan, as well as to two neighboring cities, and canceled the Lunar New Year celebrations to prevent the spread of the virus. The new coronavirus has infected more than 4500 people across China. At least 106 people have died (information is changing rapidly), 5 cases have been confirmed in the United States - two in California and one each in Arizona, Illinois and Washington. More than 50 cases are being investigated elsewhere in the United States. There are also a small number of confirmed cases diagnosed in Australia, France, and several Asian countries, including Thailand, Vietnam, Singapore, and South Korea.

"All cases in the US are associated with the city of Wuhan, China," said a statement released by the US Centers for Disease Control and Prevention. - More cases may be identified. However, the risk to the US population is still considered low. ”

Southwest Airlines has suspended flights to or from China. Representatives of the airline confirmed that after the flight from Las Vegas to Baltimore, one of the passengers was transferred to local health workers on Saturday, January 25.

“Local medical personnel met Flight 2889 when it arrived Saturday at Thurgood Marshall International Airport in Baltimore / Washington from Las Vegas due to reports of an unhealthy client,” Southwest spokesman Dan Landson said. - Due to additional precautions and in light of recent coronavirus concerns, our team has followed the Centers for Disease Control's recommendations for responding to concerns to ensure that the client and those traveling with them receive the help or support that may be required. "

Maureen Regan, spokeswoman for the Maryland Department of Health, said that although the passenger was recently in Beijing, he did not meet the CDC criteria for a positive diagnosis and was released.

On the subject: 5 cases of coronavirus infection from China recorded in the USA: how to protect yourself

How airline passengers and crews can protect themselves from coronavirus

Coronaviruses are a large family of viruses that cause diseases ranging from the common cold to more severe infections, such as pneumonia, the Middle East respiratory syndrome (known as MERS), and severe acute respiratory syndrome (SARS). Initial symptoms of the virus include fever, cough, and shortness of breath. But in more serious cases, the infection can cause pneumonia, kidney failure, or death.

One of the first lines of defense is observing passengers and crew members flying from areas where the virus is active. The virus prompted the United States and several other countries to begin this monitoring process.

USA Today also reports that the US plans to expand its virus scan to 20 airports. Details of the list of airports have not yet been disclosed, but Vice President Mike Pence said in a speech on Monday that airports together serve 90% of all passengers from China. The George W. Bush Intercontinental Airport in Houston has tweeted that it will be one of 15 additional airports.

Since most coronaviruses spread by airborne droplets (sneezing or coughing), as well as contact with an infected person or surface, washing hands is an effective way to reduce the likelihood of infection.

Although the CDC does not discourage healthy people from wearing surgical masks as a precaution, the agency recommends that they be used only by patients who are suspected of catching the virus and by medical professionals who interact with them.

If a passenger experiences symptoms of a virus that is officially known as 2019-nKoV, he is advised to consult a doctor or emergency department in advance. The infected person should be isolated, wear a mask, and wash their hands frequently to reduce the likelihood of the virus spreading.

In its recommendations for flight attendants, the CDC recommends that airline staff wash their hands frequently and use alcohol-based hand sanitizers.

If the passenger has symptoms (temperature exceeds 100,4 F or 38 C, constant coughing or shortness of breath during the flight), the flight attendants should offer him a surgical mask, keep the patient at least 6 feet (1,8 meters) from other passengers and appoint one employee to look after him.

The assigned crew member must wear a surgical mask, goggles and a dressing gown over his uniform. All body fluids should be treated as if they were contagious, and then all disposable items in contact with the passenger should be placed in a bag marked with a biohazard sign for proper disposal. Then, all contaminated surfaces must be cleaned and disinfected in accordance with the airline protocol.

Upon arrival, CDC staff will conduct a passenger assessment to determine if they should be taken to the hospital for further analysis and treatment.

“CDC will inform the airline about the results of the survey and any need for follow-up of crew members or passengers,” the documentation says.

On the subject: Chinese coronavirus: where does this type of disease come from and why is it so dangerous

What airlines have learned from past viral outbreaks

In 2002 and 2003, there was a major outbreak of SARS that occurred in Asia and led to disruptions in flights, monitoring of passengers and the detention of people who might be exposed to the virus. Sounds familiar?

This is because many flight operations teams have updated their procedures for future epidemics or pandemics based on what they have learned from the SARS epidemic (an epidemic is when a large number of people become infected at the same time in a specific area that can spread to the entire world ; a pandemic is when an epidemic spreads across the world; as of January 26, the World Health Organization said the coronavirus has not yet reached pandemic proportions).

Ultimately, SARS also did not become a pandemic. However, more than 8000 people have been infected with the virus, and more than 700 deaths have been attributed to the CDC.

The spread of the SARS virus has led airlines and other flight control centers to quickly coordinate with local health authorities to know how to respond effectively. These team efforts did not always go smoothly.

Today, more effective procedures exist because emergency response plans have been improved. Accordingly, airlines and flight crews carefully monitor passengers for signs of the spread of the virus and report potential cases of CDC and local health officials.

If coronavirus becomes more common, more airports may be affected. But it's too early to talk about what 2019 nKoV will be like. We can only know about the symptoms, pay attention to the news and follow the CDC recommendations and situation reports.

5 cases of coronavirus infection from China recorded in the USA: how to protect yourself

Virus from China: a woman from the epicenter of the epidemic 'tricked' at the airport