Home In the U.S. A native of Ukraine and the main witness in the Trump case, left the US Army due to bullying

Coming from Ukraine, Lt. Col. Alexander Windman was one of the main witnesses at the hearing about the impeachment of US President Donald Trump last fall. Now he has quit the US military, reports Air force. 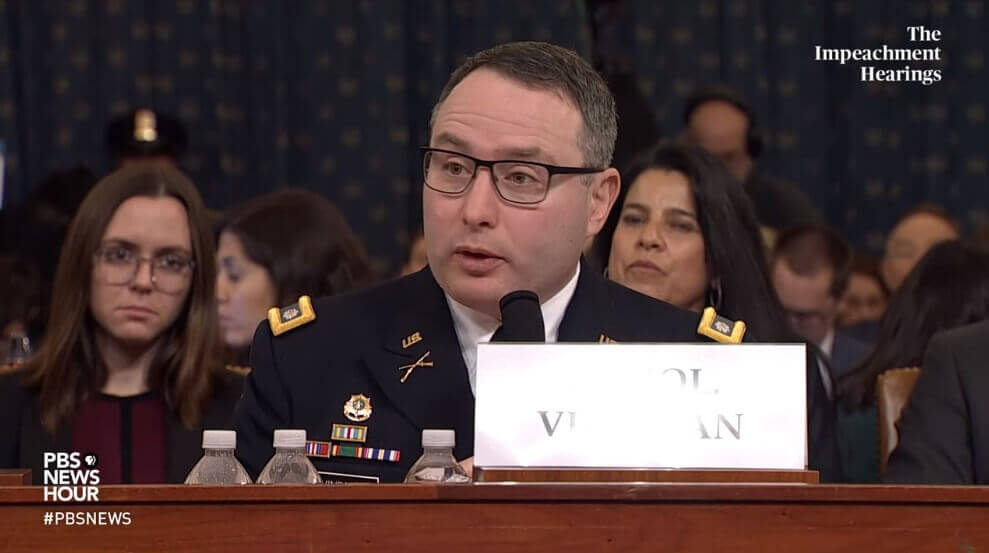 According to lawyer David Pressman, Windman was pushed to such a step by “the campaign of bullying, intimidation and retribution”, which was launched by President Trump.

Lt. Col. Windman, who had immigrated to the United States from Ukraine as a child, heard Trump telephone conversation with Ukrainian President Vladimir Zelensky last year.

This became the reason for the Trump impeachment case.

Contrary to the instructions of the president, Windman testified and confirmed that the conversation between the presidents caused him concern.

Congress, in which the Democrats had the most votes, voted in favor of Trump’s impeachment in December, but Trump was acquitted in early February in the Senate, which is controlled by Republicans.

Soon after, most of the officials who testified about impeachment lost their jobs. Lt. Col. Windman, seconded from the Pentagon to the National Security Council in the White House, brought out of the White House under guard and revoked his pass.

However, Windman continued to serve at his principal place of work in the Department of Defense.

In June, when he was supposed to be given the next rank of colonel, publications appeared in the press that the White House would delete him from the lists for promotion.

Later, Windman himself confirmed on Twitter that he asked for his resignation from military service.

“Today I formally asked to be discharged from the US Army, an organization I love. My family and I are preparing for a new chapter in our lives, ”he wrote.

On the subject: Fox News: Trump is upset about bad ratings and may withdraw from the election if his performance doesn't improve

The White House and President Trump himself have not yet commented on the resignation of Alexander Windman.

In 2019, the team of President Zelensky invited Alexander Windman to become the Minister of Defense of Ukraine.

The ghost of impeachment: the court ordered the White House to publish Trump's correspondence about Ukraine

Thanks to impeachment: Trump headquarters raised $ 46 million in the election fund