Home World Higher than the Empire State Building: a coral reef skyscraper found in the ocean

Scientists have discovered a previously unknown huge coral reef in the northern part of the Great Barrier Reef off the coast of Australia, reports Air force. 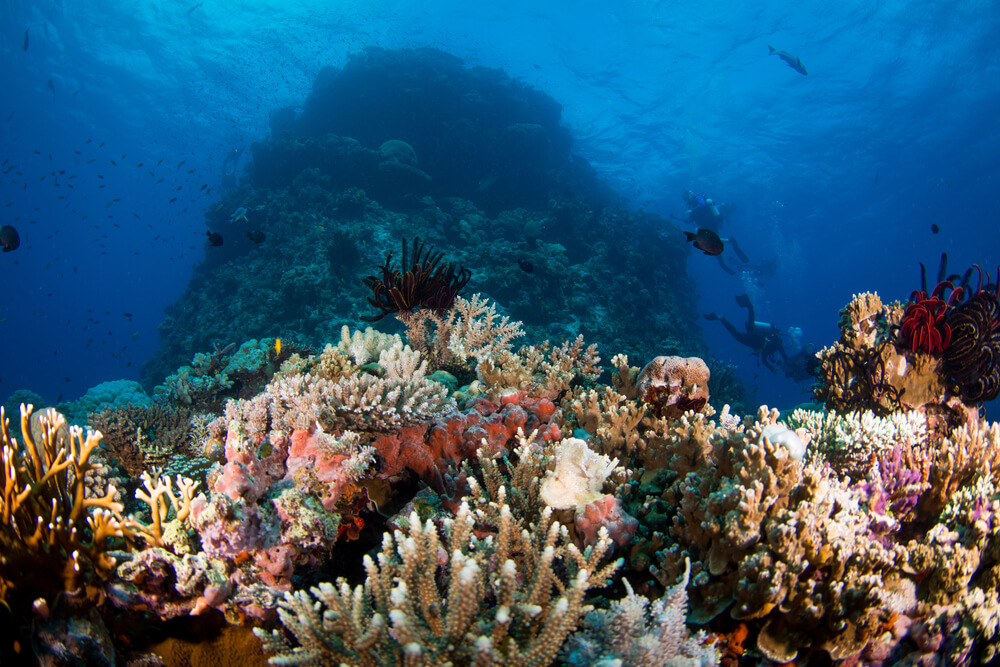 A team of researchers from the Schmidt Institute of Oceanology in California was engaged in three-dimensional mapping of the seabed north of Cape York Peninsula in the Australian state of Queensland.

The remote-controlled robot SuBastian developed at the institute, capable of diving to a depth of four and a half kilometers, broadcast video surveillance in real time. The new reef, according to scientists, is not associated with the main structure of the Great Barrier Reef.

The Institute's managing director, Dr. Vimani, noted that the discovery of a previously unknown half-kilometer-high reef shows "how unexplored the world remains even on our very shores."

“The combination of the data mapping and underwater imaging functions that the robot can perform will help us understand the role of the reef we found in the structure of the amazing Great Barrier Reef,” explained Dr. Vimani.

The Great Barrier Reef is the largest coral reef in the world. It is home to 1500 fish species, consists of 411 calcareous coral species and extends over 2300 km.

In 1981, UNESCO selected it as a World Heritage Site, as it was said, for “its immense importance to science and the environment”.

However, the rise in ocean temperatures in recent years has led to the fact that corals began to die, the unique ecosystem began to decay, while algae and other elements alien to the reef began to grow.

In early October 2020, the results of a large-scale study became known. They said that since 1995 the Great Barrier Reef has lost more than half of its corals due to global warming.

On the subject: If melting Arctic ice does not raise sea levels, then why are we afraid of global warming

What do we know about the new reef

Scientists say this is the first such find in the region since the late XNUMXth century. In total, seven very high reefs have been found, including Rhine Island, the world's largest nesting site for green sea turtles.

It is not an extension of the main ridge of the Great Barrier Reef and arises from the seabed off the coast of the Australian state of Queensland.

We can say about it that it resembles a "knife blade" and reaches a width of one and a half kilometers.

The highest point of the reef (500 m) is located just 40 meters from the water surface.

“This unexpected discovery confirms that we are still continuing to discover new species and new structures in our oceans,” said Institute co-founder Wendy Schmidt.

“Our knowledge of the oceans is severely limited, while new technologies can become our eyes, ears and hands in the ocean depths, which we can now explore on a completely different level. New deep horizons are opening up for us, new amazing ecosystems that give shelter to a huge variety of living organisms, ”she explained.

The Schmidt Institute expedition will continue to explore the northern part of the Great Barrier Reef until November 17.

The new reef is the last, but far from the only discovery made by the Institute's staff aboard the research vessel Falcor. The expedition lasted 12 months, during which they discovered 30 new species of marine life, including the "longest inhabitant of the sea" - a 45-meter siphonophore in a deep canyon west of the coast of Australia.

Siphonophora is a close relative of jellyfish. Many of its species have bioluminescence - they glow blue or green to attract prey.

The giant siphonophore was found in August. In the same month, the expedition discovered a new species of black coral and noted a rare species of sea scorpion, never before seen off the coast of Australia.

What to do in quarantine: 20 exciting webcasts from oceanariums and zoos