Home In the U.S. Escaped in the middle of the night: in California, thousands of people have been evacuated due to powerful new fires

Escaped in the middle of the night: in California, thousands of people have been evacuated due to powerful new fires 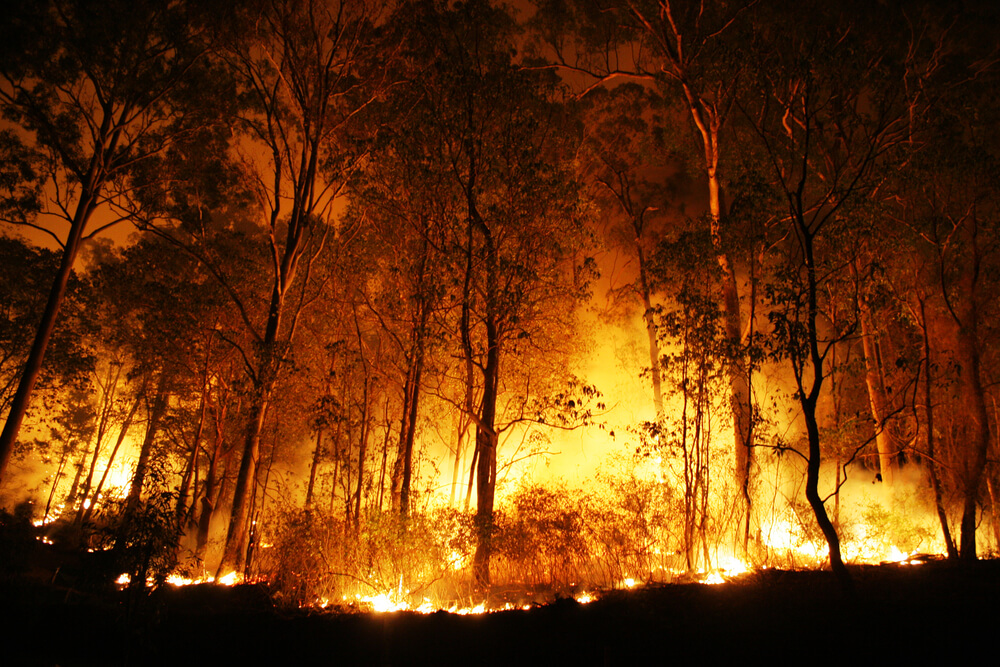 According to Cal Fire, the massive Zogg Fire covered 15 acres (000 ha) of land near Redding, Northern California, and the Glass Fire, 6070 acres (11 ha) in the Napa and Sonoma wine counties north of San Francisco. As of 000:4451 AM PT, both fires were 9% localized.

Fires caused by gusty winds burned several structures overnight, including homes in Santa Rosa, as well as the Chateau Boswell Winery and the nearby Black Rock Inn in Saint Helena, Napa County. There are more than fifty wineries on the territory.

“This fire was moving at about 40 mph (64 km / h) last night due to winds downhill to Santa Rosa City and we look forward to better conditions today,” State Senator Mike McGuire told KTVU-TV ... - We simply have no words. This is an incredibly difficult and emotional time. "

An evacuation was ordered in Napa and Sonoma counties, where two smaller offshoots of Glass Fire, the Shady and Boyse fires, merged to expand the flames. More than 8500 houses and other buildings were under threat.

Paul Lowenthal, a Cal Fire spokesman, said more than 13 homes are under threat in Santa Rosa, and he estimates tens of thousands of people are in a warning or evacuation order.

On the subject: 'It's awful': how residents escaped toxic air in wildfire California

Wine counties have been hit by dire wildfires in recent years, including the Tubbs Fire, which killed 22 people and destroyed more than 5600 buildings in 2017.

The National Weather Service issued a warning for much of Northern California by the end of Monday, September 28. The heatwave in the West is combined with dry winds blowing across the area, raising the risk of fires this week.

According to the San Francisco Chronicle, in Sonoma, about 4500 residents of the Oakmont Village neighborhood escaped the rapidly spreading fires - many in their nightclothes, robes, walking sticks and walkers.

“It was scary and I didn't expect it to be this close,” said Doris Tietze, 91, a resident of Oakmont.

California's wildfire season has done tremendous damage. There have been more than 8100 wildfires since the beginning of the year, according to Cal Fire, which have burned more than 3,7 million acres (1,5 million hectares) of land across the state. Since August 15, when fire activity increased in California, 26 people have died and more than 7000 buildings have been destroyed.

#RedFlagWarning - The National Weather Service has issued a Red Flag Warning across much of Northern California due to critical fire weather. Watch this short video to learn more.

The crews are fighting 25 major wildfires, according to Cal Fire.

The National Weather Service reported that the wind, which has amplified the Zogg Fire, will subside until late afternoon. Wind combined with low humidity intensifies the fire.

“In low humidity, any fuel is more prone to fire, especially with the dry fuel we have now,” said National Weather Service meteorologist Emily Heller.

40 miles (64 km) south, the huge August Complex Fire continues to burn. The largest wildfire in state history, about 130 miles (209 km) north of San Francisco, charred more than 878 acres (000 hectares) and is a major contributor to the dangerous air quality to which residents of the state are exposed. for a few days about three weeks ago, and an apocalyptic sky over the bay on 355 September.

On the subject: California fires: Trump, Biden and Newsom argued about the causes of the disaster

Neither the August Complex Fire nor the Creek Fire, which burned more than 304 acres (000 hectares) of forest, is 123% restrained. They continue to spew smoke and pollute the air around them even, depending on the wind, hundreds of miles away.

On Sunday, Sept. 27, PG&E officials said they cut electricity to 65 customers in 000 northern California counties to prevent the spread of wildfires. According to them, it was decided to shutdown after a warning about the danger of strong winds.