Home Educational program The second wave of coronavirus: when to expect it and whether to be afraid

The coronavirus pandemic is far from over. There are countries where there is still a high incidence rate, and where the virus has been able to take control, they fear the second wave, writes Air force. 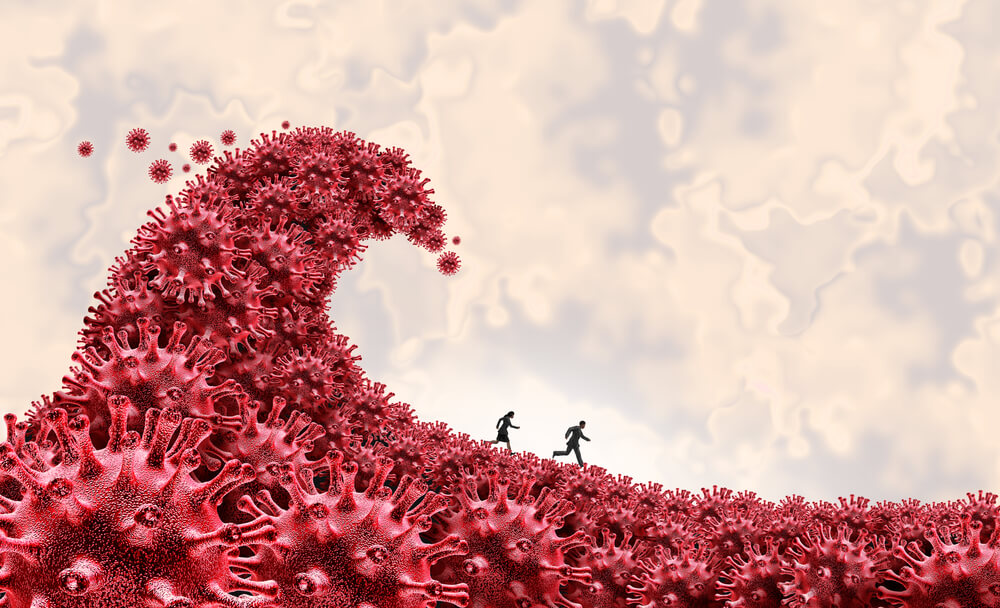 Centuries ago, the second wave of the Spanish flu pandemic took more lives than the first.

Virologists from several universities in the UK believe that there is potential for a second wave of the Covid-19 pandemic. How dangerous is it? BBC science correspondent James Gallagher asked British scientists about this.

What is the second wave?

You can imagine the waves at sea. The number of infected grows, then decreases again: each such cycle is a “wave” of coronavirus.

Oddly enough, there is no single scientific definition of a pandemic wave, says Mike Tildesley, a specialist in mathematical modeling of infectious diseases from the University of Warwick in England.

“The concept of 'wave' is interpreted arbitrarily,” he explains.

Some consider all the ups and downs of the number of patients with waves, but most often it is only the roughness of the first wave line. This situation is now in some US states.

To announce the end of the wave, the government must take control of the spread of the virus and achieve a significant reduction in the number of new infections.

One can speak of the beginning of the second wave if a steady increase in the number of new cases is noticeable. New Zealand, where the first infections were recorded after a 24-day break, and Beijing, where there is a new surge after 50 days without coronavirus, are not in this state.

However, some scholars believe that the situation in Iran now meets the criteria of the second wave.

What factors can provoke it?

Too significant weakening of quarantine measures.

The strict quarantine regime has caused serious disruptions in the lives of people around the world - it has destroyed jobs, affected people's health, and disrupted the education process. But the measures taken helped bring the virus under control.

“The hardest puzzle is figuring out how to maintain control while minimizing the devastating impact on people's lives,” said epidemiologist Adam Kucharsky of the London School of Hygiene and Tropical Medicine.

On the subject: Is the second wave of coronavirus awaiting the world: good and bad news from WHO

No one knows exactly how far one can go by weakening quarantine.

Because of this, in Britain, restrictive measures are being lifted in stages, and at the same time new control measures are introduced - for example, wearing masks and tracing contacts of infected people.

“In Britain and other countries, new outbreaks can happen very quickly if the quarantine is lifted to a level beyond which it will be impossible to control further spread,” explains Kucharsky.

It is already starting in Germany. There recently discovered a coronavirus in 650 slaughterhouse workers.

The problem will not grow if the authorities quickly detect clusters of infections, introduce quarantine at the local level and prevent the virus from spreading further.

In the absence of a quick reaction, such flashes can cause a second wave.

In South Korea, which was praised for effectively combating the spread of coronavirus, some restrictive measures had to be reintroduced after such outbreaks.

Will the second wave be similar to the first?

Only if something happens completely different than expected.

Virus reproduction index (R) - the average number of people to whom one infected person transmits the virus - at the beginning of the epidemic was three.

This meant that the virus was spreading rapidly. But our behavior has changed, people remember about social distance, and in this situation it is difficult to imagine that R will grow so much again.

“In no country will the quarantine simply end and everyone will return to their old life,” Kucharsky is sure. “Even in countries where the virus has not been brought under control, such as Brazil and India, the reproductive index is less than three.”

If the number of infections goes up again, this growth is likely to be relatively slow.

On the other hand, the second wave could theoretically turn out to be larger than the first - due to the fact that many people are at risk of infection.

“But if the incidence rises quickly, we can reintroduce strict quarantines to suppress the second wave,” said Mike Tildesley of the University of Warwick.

When will the second wave begin?

According to Adam Kucharsky, local outbreaks may appear in the coming weeks or months after the weakening of quarantine measures. But this does not guarantee a second wave.

Mike Tildesley notes that if quarantine measures are weakened significantly, the second wave may begin in late August or early September.

Winter can be difficult, given that usually coronaviruses spread faster in the cold season. Even a small outbreak in winter can lead to a new wave.

“Spring has certainly helped us,” says Professor Jonathan Ball, a virologist at the University of Nottingham. “But a second wave is almost inevitable, especially given the colder months ahead.”

“The main task for the authorities is to ensure that the peak does not overload the healthcare system,” the scientist adds.

On the subject: When to wait for the second wave of financial assistance in connection with the coronavirus and whether it will be

Will the virus become less dangerous?

According to one theory, viruses weaken over time - in order to spread faster from one carrier to another without killing them.

Even HIV seems to weaken over time.

“But there are no guarantees, this is such a 'lazy' theory of some virologists,” Professor Ball is convinced.

In addition, the process of alleged attenuation of the virus can take a long time. The current pandemic has been going on for more than six months, and so far there has been no clear evidence that the virus has mutated for early spread.

“I think the virus is doing well now. Many people have mild or no symptoms, but they can spread it, which means that there is no reason for the virus to weaken its own strength, ”says Professor Ball.

WHO reports largest daily increase in new cases of COVID-19

Unemployment benefits and coronavirus financial assistance: how they are taxed

WHO: quarantine weakening could lead to a second wave of coronavirus outbreak