Home Page loudspeakers The whole truth about life in America: 15 facts about the American dream

The American Dream is an expression that has taken root so much both in the United States and outside this country that many dream of immigrating to America and making this very dream come true. At the same time, potential immigrants often have little idea of ​​what awaits them in a new country and what the cherished American dream really is. 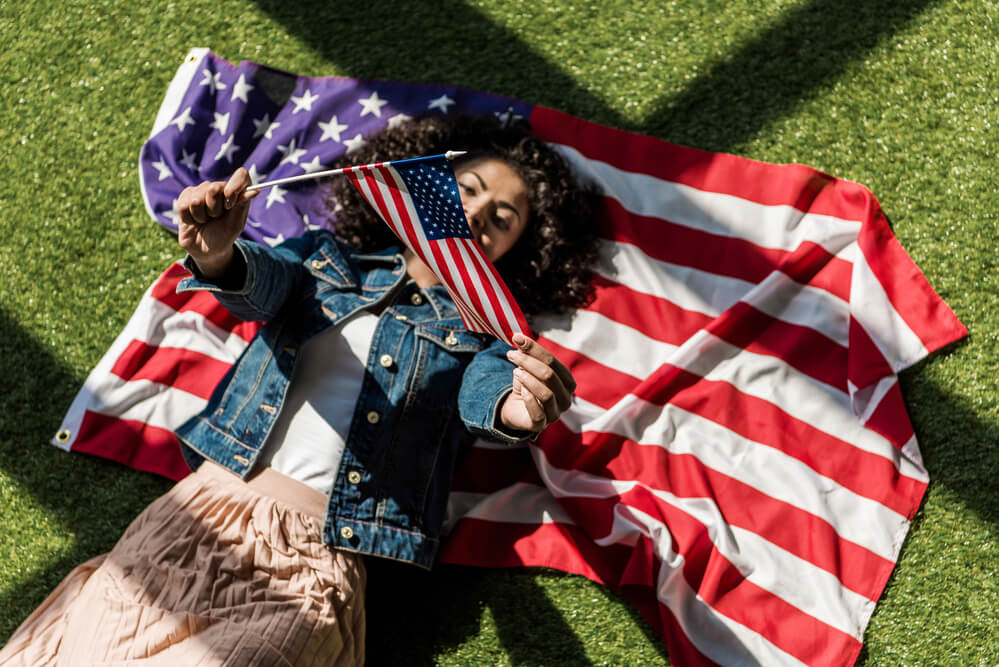 Oleksandra Ukrainko, who moved from Russia to the United States several years ago, decided to tell the whole truth about real life in America on her blog for “Yandex Zen".

In total, she got 15 facts about the American dream.

1. The biggest expense item for the average American is housing + utility bills. And it makes no difference whether the rented housing is paid for or it is the payment of the mortgage for your own property - this will be the item of expenses number 1.

2. Even having a good American education, you need guarantors and recommendations to get a decent, well-paid job. And if our recommendations are an additional bonus to a resume when applying for a job, then in the States it is an obligatory part of the required package of documents. Therefore, in America it is very important to make acquaintances and maintain friendly relations with everyone. Our immigrants have a hard time in this regard.

3. In America, only bedrooms are counted when counting rooms. The presence of a dining room or living room is assumed by default. So, a one-bedroom apartment is actually our kopeck piece.

4. According to American apartment standards, only the room that has a closet (or access to a dressing room) can be called a “bedroom”.

5. American wardrobes are not furniture, but part of a building. They are included in the project and are made during the construction of the house. Such a wardrobe will be the full height of the apartment, it will have light and you can enter it like a small room. In our country, such a wardrobe is known as a built-in wardrobe, but we only found out about it in the late 90s, and in the USA they were in every home at the end of the XNUMXth century. 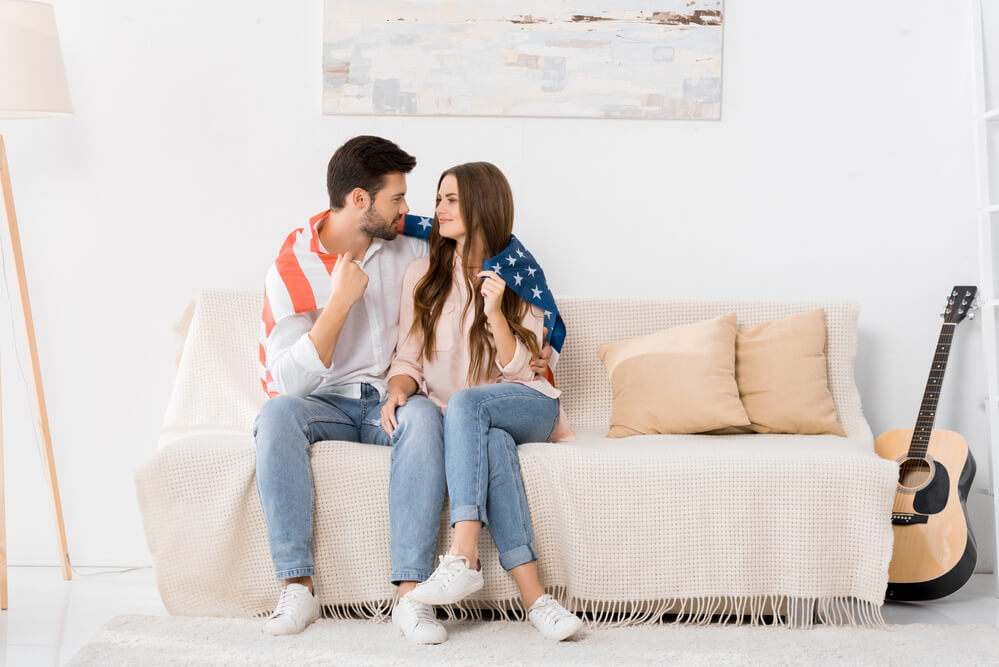 6. Every American kitchen must have a pantry - a small room with a door where you can store food supplies that do not require a refrigerator, as well as kitchen equipment or cleaning equipment. These pantries are the building part of the house, not the furniture.

7. To buy any alcohol, even beer, in the States you need to show ID (ID). This is due to the alcohol law from 21 of the year. Even if a lady of old age came for the “feverish” and in appearance it is clear that she has more 21, they will still be asked to show ID.

8. Americans are so obsessed with the cold that they cannot imagine their life without an assistant to cool the air. He is in every American home and apartment, and often, not even one. And, by the way, in the American apartments it is rare to find the split-air conditioning systems we are used to, the preference is given to noisy window air conditioners.

9. America has a lot of private territory. It can stretch over several hectares of forests and fields, and walking there is prohibited by law. It is not customary to fence your possessions in the States; where this private territory begins and where it ends, only the owner and the local sheriff know. All that can be found is a sign with the words “Private” on some tree or post. You cannot walk in such places, and in the evening and at night it is even dangerous - you can get a bullet or arrest.

10. In the States, for jokes of a sexist, racist or chauvinistic nature, one can earn a bad reputation or even a subpoena. Any taunts about appearance, as well as the role of women in society for the States, have long been taboo. 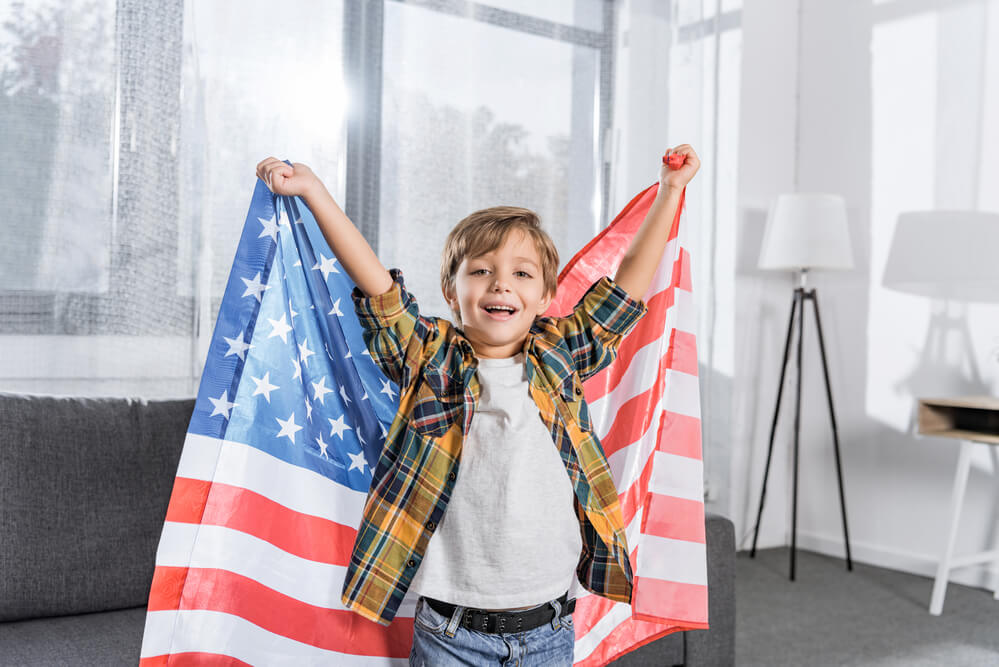 11. Americans are smiling and talkative, but they talk about detached topics: about the weather, politics, pets, TV shows and rarely about themselves. It is not customary to dedicate strangers (even friends) to the details of your life or simply pour out your soul and complain about life in America. They have a good time with friends, and with problems they go to a psychoanalyst.

12. In America, children should not be left without adult supervision. This applies to both the house and the street. It is customary for us - to leave the child watching cartoons, and hit the road for yogurt ourselves - in America it can turn into an impressive fine or even imprisonment and deprivation of parental rights. Such excessive custody is legally required for children under 12, and in some states the age is not specified at all, so you can follow up to adulthood.

13. The States have very wonderful coins, and God forbid you to deal with them. There are no numbers on them, and if you can read the inscriptions on them, then this will not help you in any way to determine their denomination. QUARTER DOLLAR, ONE DIME, FIVE CENTS, ONE CENT are 25, 10, 5 and 1 cent, respectively. And although FIVE and ONE CENT give an understanding of the denomination, the Americans call them a nickel (5 cents) and a penny (1 cent). My advice is to carry your bank card everywhere and don't mess with coins.

14. American medical services of high quality, but very expensive. And trying to be treated without medical insurance (which is also insanely expensive), you can go broke. However, the comicity of the situation is that before treatment, no one can tell you its cost or even the cost of a particular service or procedure. In fact, you have to buy what is initially unclear how much it costs.

15. Every state in America has a state sales tax. It fluctuates between 5-8% and is withdrawn from each purchase (for example, in Massachusetts it is 7%). It is not included in the cost of goods in most American supermarkets and is not reflected in the price tag, but it is regularly counted at the checkout. The situation is the same in restaurants: look at the menu, order food, and they bring a check - everything is 7-8% more than you expected when ordering.

How American society is changing with increasing life expectancy

From Colombia to Uncle Sam: The History of the American Symbol