Home In the U.S. Meetings with hackers and journalists: how Assange led intervention in American elections

WikiLeaks founder Julian Assange in 2016 during the US election campaign personally supervised the publication of stolen letters representatives of the Democratic Party. 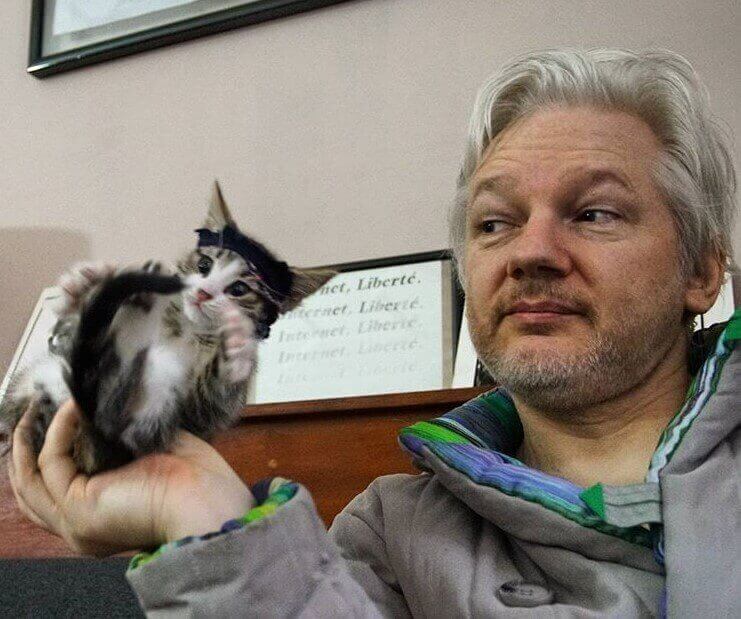 We are talking about letters stolen as a result of a hacker attack, which, according to Special Prosecutor Robert Muller, was conducted by Russian GRUsaid in investigation publications CNNbased on data from anonymous sources and reports of the Spanish security company UC Global, which monitored Assange by order of the Government of Ecuador. Basic data from the investigation chose the publication “Medusa".

At the London Embassy of Ecuador Assange was hiding June 2012 to April 2019.

After the elections in the United States, UC Global wrote in one of the reports that “there is no doubt that there is evidence” of Assange’s connection with the Russian special services. An unnamed Ecuador intelligence official confirmed the authenticity of the reports to the television channel. UC Global declined to comment.

On the subject: US authorities have fined Facebook $ 5 billion due to interference in the election of 2016 of the year

CNN claims Assange organized a command center at the Ecuadorian embassy. He ensured that he was provided with high-speed Internet access and telephone connection. Assange was allowed to hold secret meetings: he compiled a list of those who could freely visit the embassy, ​​and received the right to cross out the names of people from visiting logs. Some guests of the founder of WikiLeaks could not present documents or not show things during the search. In addition, the channel said, due to relations with senior officials of Ecuador, Assange was able to put pressure on the embassy staff.

All these opportunities, says CNN, Assange used in the key moment of the presidential election campaign in the United States. In June, 2016 of the year, UC Global reports, Assange held meetings at the 75 embassy - twice as many as the average for any other month. In particular, journalist Yana Maksimova came to Assange twice. She is a Russian immigrant who lives in the United States and works in Portland.

In the same month, Assange met with the staff of the RT channel five times. He spoke twice with the head of RT in the UK, Nikolai Bogachikhin, who at one of the meetings gave him a USB drive. Bogachikhin explained to CNN that he had met with Assange, because the TV channel was releasing programs with his participation. This was also stated by the chief editor of RT Margarita Simonyan.

In July, 2016, the Germans Andy Muller-Magun and Bernd Fix visited Julian Assange, whom CNN calls “world-class hackers”. The first of these, according to Robert Muller, could deliver Assange the letters stolen from the Democrats. Earlier, Muller-Magun denied any connection with this case. In total, before the elections in the United States, Assange and Muller-Magun met 12 times.

CNN described in detail what happened before WikiLeaks published a correspondence of Democrats. A few weeks before the publication, Assange asked Ecuadorian diplomats to improve the Internet connection. Then, on July 14, he held a four-hour meeting, attended by Muller-Magun and Fix. On that day, Russian hackers transferred the so-called “big archive” to WikiLeaks. 18 July the embassy guard left his post to pick up the package from a man whose face was hidden by a mask. The contents of the parcel is unknown. The Muller report said that on that day, WikiLeaks representatives informed hackers about receiving files.

After WikiLeaks in the fall of 2016, the year began to publish stolen letters Hillary Clinton's campaign head John Podesta, the United States began to threaten Ecuador. As a result, Assange was deprived of the Internet, but this did not stop the publication of letters. Then the embassy was banned from entering everyone except diplomats. Assange complained about this to the Ecuadorian Foreign Ministry - and the ban was lifted. After that, two WikiLeaks employees took about 100 hard drives from the embassy. Assange's access to the Internet was restored after the elections were held in the United States.

The CIA, the FBI, and the US National Security Agency initially claimed that WikiLeaks received stolen Democrats' letters from Russian hackers. Julian Assange denied that the Russian authorities were the source of the leak.

On the subject: Russian accused of interfering in US elections, spoke about the 'troll factory'

In May 2019, the US Department of Justice put forward charges against Assange on 17 points. Among them - the publication of secret documents, which, in the opinion of the accused, is protected by an amendment to the US Constitution, which guarantees freedom of speech. The founder of Wikileaks is also accused of illegally receiving and publishing information, the publication of which endangers the security of the United States. He faces up to 180 years in prison.

20 August 2010 in Sweden Julian Assange was charged with sexual harassment and rape, which he himself considers fabricated.

The case was repeatedly closed and resumed, and Assange himself moved to London, where on December 1, 2010, was arrested on the basis of a warrant issued by the Swedish authorities. Four days later he was released on bail.

While in the UK on a written undertaking not to leave, awaiting trial, Julian Assange sought asylum from the Ecuadorian government, hiding in the embassy of that country in London.

Within the walls of this embassy, ​​he spent almost seven years. During this time, the Swedish prosecutor's office closed the case against Assange on charges of rape.

But April 11 2019 of the year Ecuadorian authorities deprived Assange asylum. He was arrested by British police and detained on charges of violating the conditions of release on bail, as well as at the request of the American side.

Britain gave the President of Ecuador Lenin Moreno written assurances that Assange will not be extradited to the United States.

At the same time, in Sweden, the investigating authorities reopened the case of rape charges against Julian Assange.

American director interviewed Putin to create a film about Donbass