Home In the U.S. 'There's a limit to everything': Seattle police cleans protesters' 'autonomous zone' 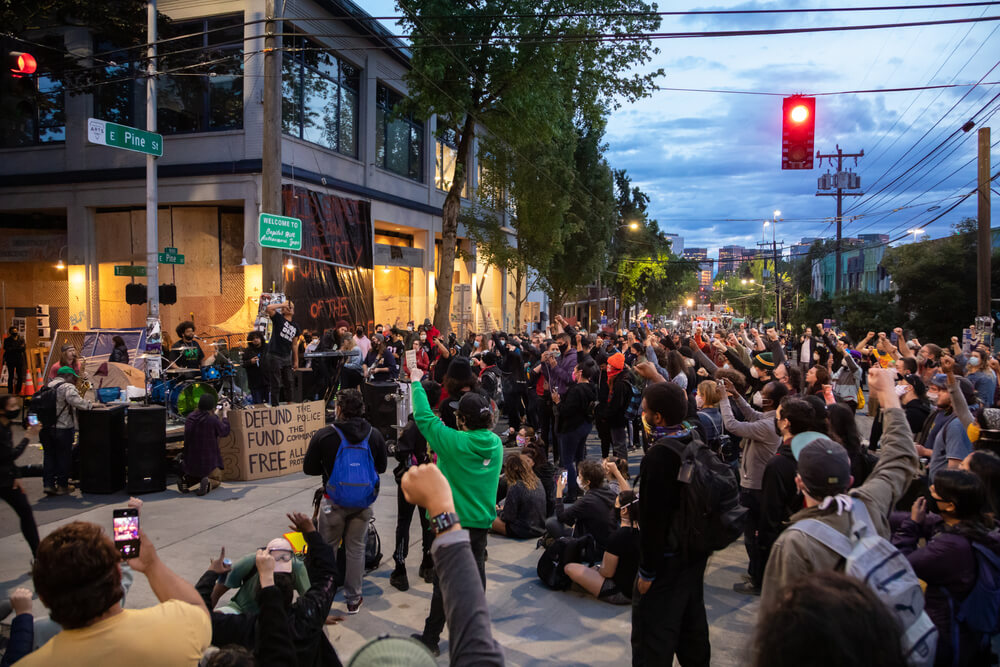 Seattle police again gained control of the East Police Station after clearing a protest area known as the Organized Protest on Capitol Hill (CHOP) and made more than a dozen arrests after Mayor Jenny Durcan declared the protest an illegal assembly after two deadly executions.

The police issued an order demanding to disperse at about 5 a.m. local time on Wednesday, July 1, according to which the protesters had to leave within 8 minutes. According to police, at least 31 protesters were arrested for refusing to disperse, resisting arrest, and attempted violence. One of the men was arrested for having a large metal pipe and a kitchen knife.

The eastern police station, which the police left last month after clashes with demonstrators, was cleared of protesters, police chief Carmen Best told reporters. Best said the police had not yet entered the building.

"Our job is to support peaceful demonstrations, but what happened on these streets over the past few weeks is lawlessness, it is cruel and simply unacceptable," Best told reporters.

City workers dismantled wooden and concrete barriers, while police remained at the scene. Best said police and other urban organizations will clear the area and the area as soon as possible.

Police also investigated several vehicles passing around the CHOP after officers saw people with weapons in their hands. The cars did not have visible license plates, police said.

On the subject: Monument Fall in the USA: why protesters demand the demolition of historical monuments

Police said that when special forces officers cleared the street from protesters, one woman started a fight. Local firefighters reacted to what was happening and she did not need additional medical assistance.

Durkan’s order was issued after a series of night shootings in the area, in which two teenagers died and three more were seriously injured. Police said other violent crimes were reported nearby as protesters seized several blocks in Capitol Hill last month.

“Officers who maintain today's order wear equipment of a deeper level of protection,” the police said. “The police use this equipment because CHOP affiliates are known to be armed and dangerous, and may be associated with gunfire, killings, robberies, assaults, and other violent crimes.”

Best said that although she supports peaceful demonstrations, "there is a limit to everything."

Best said the task of the police was to protect and serve the community, adding that eliminating the protest would not mean ending the department’s interaction with the protesters.

“We must continue our efforts to build confidence and redefine our role as guards in our city,” Best said.

The protesters took several blocks around the park and the eastern section of the Seattle Police Department for about two weeks. Police left the building after clashes with protesters demanding racial justice and an end to police brutality following the death of George Floyd in Minneapolis in May during detention.

On the subject: One US state changes flag due to protests

Protesters said they should not be blamed for violence in the area.

Critics, including President Trump, have increasingly called for the removal of protesters from the CHOP zone after deadly shootings.

The area was cleaned up the day after the Seattle Department of Transportation brigades used heavy equipment to remove concrete barriers marking the entrance to the protest area.

“Bugalu Boys”, “Proud Guys” and “Antifa”: which groups participate in protests in the USA

Jobs for Ours: Bilingual Cybercrime Analyst in New York

The explosion in Beirut hit the wedding video: the bride told how her happy day became a nightmare

Star'I was going to leave the family ': Aziza announced a secret affair with Nikolai Karachentsov

10 grammatical nuances of American English you need to know about