Home World Always there and does not snore: in Bulgaria they created a teddy bear that replaces a man, and Americans are delighted with him

Always there and does not snore: in Bulgaria they created a teddy bear that replaces a man, and Americans are delighted with him

In Bulgaria, they came up with a teddy bear for single women. He is 174 centimeters tall, has the build of a man and weighs just over three kilograms. This creation was created by business lady from Bulgaria Tonya Berdankova and her daughter Inna Markholeva. They position the bear as an emotional support toy. Read more about this publication Фокус. 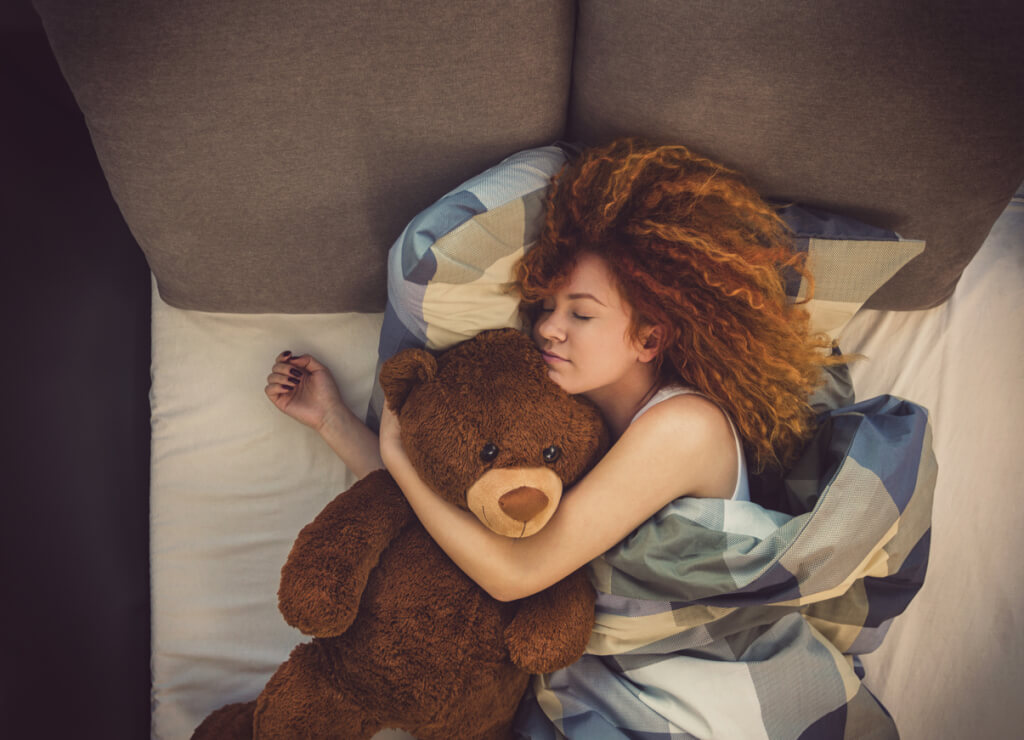 Loving Bear Puffy, or simply Puffy, is a milky brown bear. Such an obedient "man" will cost $160.

And although he is made in the form of a man, he has rather strange proportions - the broad shoulders of a heavyweight and a tiny head of a stuffed animal. Puffy is stuffed with high quality polyurethane foam. There are fingers on his hands, and he himself is made so that he can be changed. It is convenient to snuggle up to him, take his hand, cry on his shoulder and even sleep in an embrace.

“It replaces the absence of a person’s physical presence, especially on long lonely nights,” the authors of the toy note.

The bear was created last year when Tonya was trying to figure out how to spend the summer without her husband Peter, who worked out of town all summer season.

“My daughter joked: “Who will you hug? You'll have to come up with a replacement." Then this idea stuck in my head, I thought about it and that there are a lot of single women in the world for some reason, and they need to hug someone, ”Berdankova explained.

On the subject: How two friends created useful toys and contributed to the fight against autism

According to the woman, her husband was sympathetic to the appearance of a teddy bear.

“He knows that I like to hug something at night. We have one bear and we all use it. When my daughter comes to us, we even argue who will get it for the night, ”the author of the toy jokes.

Now Puffy, which began production on a large scale a few months ago, is especially popular in the Scandinavian countries and the USA, and the UK is not far behind. This success is due to the fact that the number of lonely people is growing in the world. Nearly a third of youth aged 20 to 34 live with their parents and are in no hurry to start a family, according to the Office for National Statistics, and a 2019 survey found that nearly 34% of adults still sleep with a soft toy.

"He is always there"

“I woke up early in the morning in the beautiful city of Varna in Bulgaria. I could have spent a few more hours in bed, but I must admit that I slept quite comfortably,” writes Iram Ramzan, one of the lucky owners of a teddy bear. “My companion never once complained, not even when I sprawled out on his broad chest or insisted that his arms stay around me all night. He didn't pull the covers and didn't snore. In fact, he was quite tolerable because he is a bear,” writes Dailymail.

"Yes that's right. I just spent the night in a hotel with a rather unusual teddy bear, the woman continued her story. “You can lean on him if you need a shoulder to cry on, or wrap your fingers around his arm to calm down. You can snuggle up to him on the couch with a book or watch a movie."

Iram notes that getting a bear is better than being constantly on dating apps.

“For many 30-year-old women like me, online dating has become exhausting. We got tired of Tinder and we got bored with Bumble,” she explained. “The best thing about this bear is that he is always there when I need to cuddle. There is no need to spend time getting to know him for days or weeks before something goes wrong.”

But there is also a hidden bitter truth in the fact that someone decided to buy this “man” for himself.

“Perhaps the saddest thing about this bear is a reminder of why you don’t have a real partner in your life who you can rely on and count on sincere support,” Iram concluded.

Genetics is not the main thing: 5 habits that will help you live to 90+ years