Home At home All because of protests: Belarus was deprived of the Ice Hockey World Championship

Belarus has lost the right to host the ice hockey world championship this year. This is due to concerns about security due to the political situation in the country. This was stated by the International Ice Hockey Federation (IIHF), writes Voice of America. 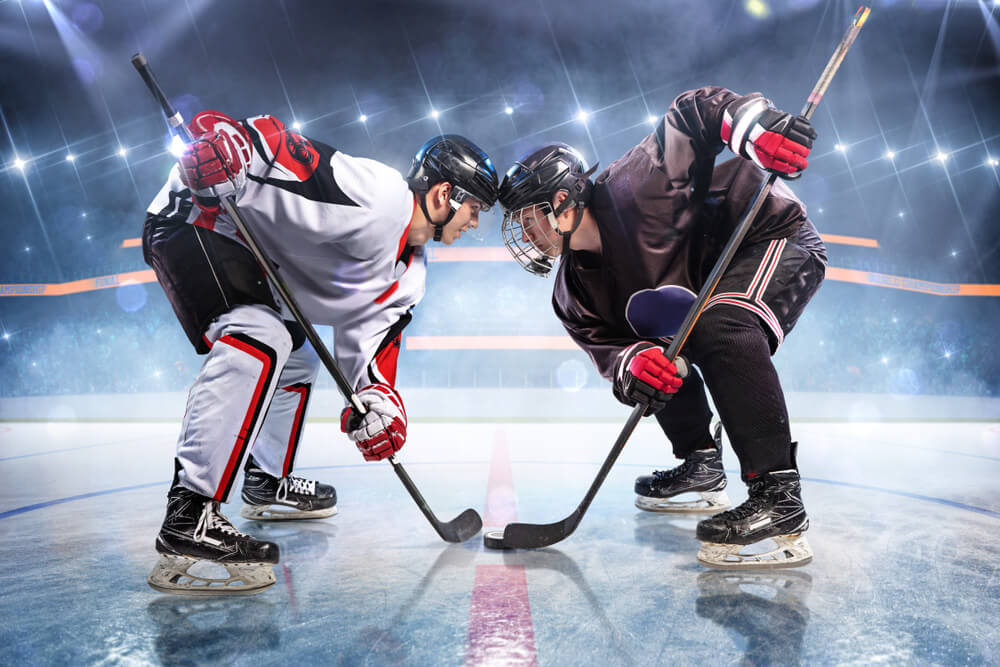 The IIHF's decision deprives President of Belarus Alexander Lukashenko of the opportunity to host the largest international event planned in Belarus. After the elections in the country in August last year, protests and rallies broke out, which continue to this day.

“The United States continues to support international efforts to independently investigate electoral violations in Belarus, human rights violations during the elections and the repression that followed. We support the brave people of Belarus, we support their right to free and fair elections, ”said then the current US Secretary of State Mike Pompeo.

Representatives of the Belarusian opposition called on the federation to deprive the country of the right to host the World Cup due to repressions against the protesters.

At the end of 2020, American congressmen and members of parliaments of a number of European countries addressed an open letter to the International Ice Hockey Federation with a request to deprive Belarus of the right to host the World Ice Hockey Championship in 2021.

On the subject: Safe and friendly: Belarusians have created a unique application for travelers

“We ask you to reconsider the possibility of holding the Ice Hockey World Championship in Belarus next year. Belarus, like any other country that does not embody the ethics of sportsmanship and human rights, should not enjoy the privilege of holding such a coveted event until the rights, freedoms and sovereignty of their people are fully respected and represented by their government ”, - the letter says.

In addition, the sponsoring companies of the championship said they would refuse to participate if the competition was held in Minsk. The IIHF announced that they would reconsider the holding of the tournament in Belarus. It was found that “it is currently impossible to ensure the well-being of teams, spectators and officials during the World Championship in Belarus”.

Lukashenko tried to assure the federation that Belarus can safely host the tournament. And the leader of the Belarusian opposition Svetlana Tikhanovskaya welcomed the decision of the International Ice Hockey Federation, stating that it was the result of active actions on the part of Lukashenka's opponents.

“This is a victory for every Belarusian who knows that hockey is a game, and Belarusians do not plan to play with criminals,” she wrote on social networks. "This is our common victory."

Alexandra Gerasimenia, three-time Olympic medalist and head of the Belarusian Sports Solidarity Fund, stressed that “this decision restored the faith of the Belarusian society in justice. Sports events cannot be held in countries where violence and torture are used against civilians. "

The IIHF said it will consider Latvia's status as a co-organizer, given its joint application with Belarus, as well as the possibility of hosting the tournament in one location to facilitate travel and implement medical measures. Latvian Foreign Minister Edgars Rinkevics said that his country will fulfill its obligations and assess whether it will be able to fully host the event, which will be held from May 21 to June 6.

Latvia has announced that it is ready to independently host the entire Ice Hockey Championship, but the final decision will be made by the International Ice Hockey Federation. Voice of America.

“I read the news about the decision taken in Zurich that the International Hockey Federation decided not to host the World Cup in Minsk. This decision, in my opinion, is welcome. This is what we have argued for a long time. I confirm that we are ready to hold our stage of the championship in Riga, as planned. We expect other decisions from IIHF, ”said Prime Minister of Latvia Krisjanis Karins.

Lukashenko greeted the delegation of the International Ice Hockey Federation very warmly. He said that in Belarus “protesters do not storm government buildings and the Capitol”. He noted that it is necessary to do so, "as it will be better for hockey, and Belarus will not hide resentment."

Even before the decision was made, the Latvian authorities put forward a kind of ultimatum to the IIHF - either the championship is held without Belarus or Latvia will refuse to participate.

The chairman of the human rights center Viasna, Ales Bialiatski, said that his organization, together with the International Federation for Human Rights, had previously made a statement that it was completely inappropriate to hold the Ice Hockey World Championship in Belarus. According to him, arrests and criminal trials take place every day in different cities of the republic.

On the subject: Order, adrenaline, psychotropic drugs: why the Belarusian OMON is behaving so cruelly

“The authorities do not react in any way to the assessment of the international community of what is happening in Belarus,” he added. “At the same time, Lukashenka considers sport as one of the props of his ideology, and in connection with the planned hockey championship, a comparison with the Olympic Games in Nazi Germany in 1936 always came to mind. I was in Garmisch-Partenkirchen and I perfectly understand how skillfully authoritarian regimes use sports to strengthen their legitimacy, their greatness. Lukashenka is acting absolutely according to the same scheme ”.

In his opinion, hockey is a favorite toy for Alexander Lukashenko: “All Belarus is built up with ice palaces, he has always personally supported hockey as a sport. And the fact that now the world community has shown adherence to principles and achieved its goal is simply wonderful. Sport should not be done with dirty hands. "

If the championship were nevertheless held in Belarus, Lukashenka could use it to strengthen his positions, Beliatsky said.

“Several hundred political prisoners are now languishing in prisons,” he stressed. - Among them is my colleague, who was imprisoned just yesterday. This is a human rights activist from Gomel, Leonid Sudalenko, who has been involved in human rights activities for 20 years. He was detained on charges of providing financial assistance to people who were fined for participating in peaceful demonstrations. What will be next? Repression fell upon journalists, human rights defenders, and trade union activists. In this situation, holding the World Championship in Belarus is like having a feast during the plague. "

Therefore, he believes that the transfer of the championship from Belarus is absolutely correct and fair.

"Hockey for Lukashenka is a kind of totem pole"

The head of the Mises Research Center, Yaroslav Romanchuk, agrees that the cancellation of the hockey championship in Minsk will affect the Lukashenka regime. In his opinion, this is even more effective than sanctions and resolutions.

On the subject: Belarusians held a rally in the US capital and turned to Biden

“Hockey for Lukashenka is a kind of totem pole, which he put almost at the very center of his economic policy,” he says. - For him, hockey is much more than just a sport. It was big politics, a kind of banner of his imaginary achievements. And, of course, the refusal to host the World Championship in Belarus, in my opinion, is a very painful psychological blow for him. In any case, nothing else, obviously, will not sober him up and will not make him think about his behavior. "

Romanchuk believes that such an event could throw Lukashenka off balance.

“I think he perceives this more acutely than measures associated, for example, with the imposition of sanctions against individual enterprises and individuals. So, without exaggeration, these are the most effective actions of the international community in relation to what is happening in Belarus, ”he notes.

Some residents of the country even feared that the championship would still be held in Belarus, and Lukashenka would further strengthen his position.

“These sentiments especially intensified after the last meeting of the head of the International Ice Hockey Federation with Lukashenka. But the decision that took place returned hope for justice and confirmed that the West will not agree with the regime in critical situations, ”concluded Yaroslav Romanchuk.

Why some are given a visa and others not: an anonymous interview with a visa center employee