Home In the U.S. Pandemic aggravates threat of deportation of immigrant doctors and their families from the USA

Immigrants make up nearly a quarter of all licensed doctors in the United States. Their disability or death will lead to the deportation of any family members dependent on them, writes NBC News. 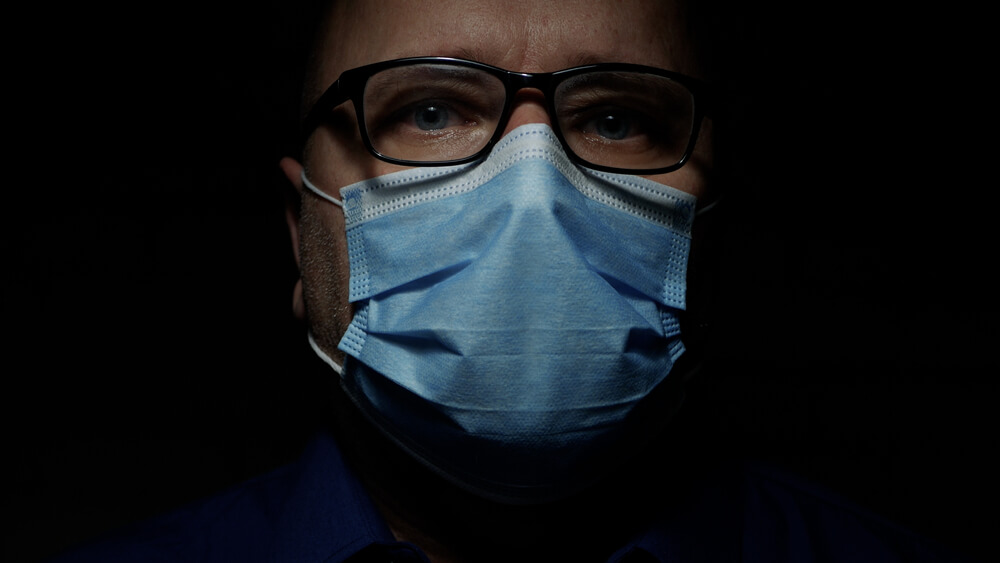 After Dr. Part Mehta moved to the basement in early March, he wrote farewell letters and put together a folder with important information for his family. He took these actions in response to an increase in morbidity and mortality in the context of the coronavirus pandemic: he had to prepare for an undesirable but increased likelihood of death due to exposure to the virus at work.

The folder that he prepared contains the credentials for logging into his accounts on social networks, the phone numbers of family and friends, as well as information about investments. It also contains detailed information on deportation procedures, since if he dies, his wife and two young children are at risk of being expelled to India.

“If I get sick and something happens to me, it’s over for my family,” he said.

Mehta is a general practitioner who works at the hospital, one of approximately 127 immigrant doctors in the United States, accounting for nearly a quarter of all licensed doctors in the country. According to the 000 Census of Federal State Medical Commissions, most of this group are from India, followed by specialists from the Caribbean, Pakistan, the Philippines and Mexico.

On the subject: Thousands of foreign doctors can get green cards: a new bill in Congress

Doctors like Mehta are in the U.S. on H-1B visas that are related to their employment. If for some reason these visa holders become incapable of work and cannot work, they and any members of their families living in the USA on H-4 visas will be at risk of deportation. According to immigration lawyer Greg Ziskind, if the holder of an H-1B visa dies, all family members who are dependent on an H-4 visa become unregistered immigrants and must immediately be expelled from the country.

The plight of immigrant doctors and their families was mainly due to the huge number of delays in issuing visas.

From fiscal 2007 to fiscal 2018, most H-1B visa applications were made by Indian citizens - approximately 2,2 million out of nearly 3,5 million - according to the US Citizenship and Immigration Service. And according to the Cato Institute center, an Indian employee faces a required waiting period of 90 years on average.

The only way to solve this problem is through legislation.

The Physicians for Access to Health Care in the United States (PAHA) group is one of the organizations that advocates legislative solutions to protect immigrant doctors. In early May, one of the bills supported by the group was presented in Congress, a bipartisan measure called the Health Workforce Sustainability Act. If passed, doctors and nurses could be issued 40 unused immigrant visas to help America fight COVID-000.

Ziskind said the bill would help many immigrant doctors - eliminate most of the green card backlog, but not solve other problems they face.

“This is a reason to rejoice a little, but it is by no means enough,” said Dr. Sanjeev Alur, President of PAHA.

He noted that the bill does not protect medical immigrants with J-1 exchange visas, through which most of them enter the country. According to Alur, J-1 restricts interns to working in a specific place, although they have been given some flexibility in the fight against the pandemic.

On the subject: Thousands of foreign doctors can get green cards: a new bill in Congress

Alur and Ziskind believe that immigrant doctors have been and are crucial to fill the country's shortage of doctors that has accumulated over the past two decades. According to Ziskind, this problem is most often noticed in rural areas, which, as a rule, are more difficult to recruit doctors than in large cities. According to the Association of American Medical Colleges, by 2032 there are an estimated shortage of nearly 122 doctors in the United States.

“You can't snap your fingers and cancel the need for international doctors,” Ziskind said.

Mehta, who works at a hospital in Peoria, Illinois, said he is worried about the possibility of becoming disabled or dying during a pandemic. This risk has always existed, but it has grown exponentially in recent months, the doctor emphasized.

According to the Centers for Disease Control and Prevention, medical personnel account for almost 20% of cases of COVID-19.

Mehta wonders why immigrant doctors are praised as heroes and front-line soldiers as long as they are physically capable of fulfilling their duties, but if they become incapable, they lose all value.

“It's strange enough that you are considered essential when it comes to saving lives, but you become irrelevant when it comes to immigration purposes. And then your family faces the risk of deportation if you die, ”concluded Mehta.

Medical insurance during the crisis: what to do to those who have lost their jobs and got sick COVID-19

Greenhouse for microorganisms: why disposable gloves do not protect against coronavirus

The tests do not end: what awaits those who were seriously ill with COVID-19, after being discharged from the hospital