Home Page In the U.S. For the first time in 40 years, the United States has a new federal holiday and an extra day off

US President Joe Biden signed a bill establishing Juneteenth (June 19), the date for the end of slavery in the United States, as a federal holiday. Writes about it CNBC. 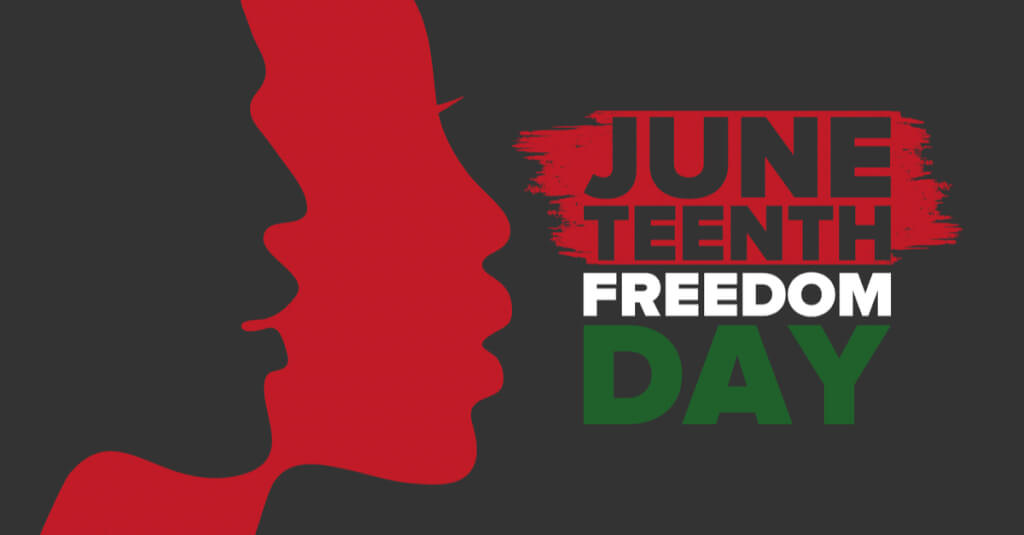 Federal workers will celebrate Juneteenth on Friday this year because June 19 is Saturday. The New York Stock Exchange will not close on June 19 this year, but will consider closing markets for a holiday in 2022.

Juneteenth National Independence Day will be the 12th official public holiday and the first new holiday since Martin Luther King Jr. Day was established 38 years ago in 1983 by then President Ronald Reagan.

Juneteenth celebrates the liberation of the last enslaved African Americans. On this day in 1865, Union soldiers led by General Gordon Granger arrived in the coastal city of Galveston, Texas, to deliver a decree officially ending slavery in the state and country.

On the subject: Juneteenth is celebrated in the USA: what kind of holiday it is and which companies gave employees a day off

The last deed of emancipation was issued a few months after the surrender of the Confederate army ended the Civil War, and more than two years after President Abraham Lincoln issued the Emancipation Proclamation.

Lincoln was assassinated on April 15, 1865, two months before his proclamation reached the last slave town.

The Juneteenth federal holiday law was passed this week and received widespread support in both houses of Congress. The Senate unanimously approved the bill on Tuesday, June 15, evening, and the House of Representatives passed it by 415 votes in favor and 14 votes against.

In the House Hall of Representatives ahead of the vote, some members complained about the name of the holiday, while others raised concerns about the cost of giving federal workers another day off. Some also opposed Democrats for putting the bill to a vote without prior permission from committees to study the law and propose amendments.

However, most Republicans in the House of Representatives, even those who objected to parts of the bill, ultimately voted in favor.

This day gets its name from the combination of the word "June" (june) and the end of the number 19 (teenth). On June 19, 1865, Union troops led by General Gordon Granger arrived in Galveston to break the news to the last remaining Confederate supporters that they had lost the Civil War and that all slaves were to be freed. The newly freed slaves celebrated freedom with “prayer, feast, song and dance,” and the following year, according to the Encyclopedia Britannica, the first official holiday, Juneteenth, appeared.

While President Abraham Lincoln abolished slavery in the Declaration of Emancipation of January 1, 1863, rebellious Confederate strongholds scattered throughout the South delayed widespread implementation of the declaration. After Confederate General Robert Lee's reluctant surrender at Appomattox, Virginia to Union General Ulysses S. Grant, Granger was finally able to reach Galveston to announce Lincoln's declaration and free the last remaining victims of slavery in the United States.

Why did the news go on for so long, and why did slavery in Galveston continue for more than two and a half years after Lincoln abolished it? Legend has it that an envoy on horseback with news of freedom was killed en route to Texas, while other historians blame Galveston's isolated nature as a barrier island on the eastern outskirts of Texas and their limited access to communications. But Professor Nolive Rooks, Ph.D., director of American studies and professor of African studies at Cornell University, said the delayed end of slavery was driven only by greed.

“Quite frankly, the idea that people in this part of Texas were unaware of the end of the war is completely ridiculous,” Rooks said. “There were wired services, there were newspapers, and the big plantation owners were very rich, and the rich had access to information. They were cruel people. At that time it was the ruling class in the United States, the elite, many of them were rich, who could not be illiterate or backward. They were cruel and inhuman, but not ignorant. "

At the time, Galveston was publishing his Galveston Daily News, and on June 3, 1865, two and a half weeks before Granger's arrival, a message from New Orleans was published detailing the end of the war and the return of the Confederate prisoners. However, since then, according to Rooks, Juneteenth has been "passed on" through black communities, and in 2020, at the height of the modern civil rights movement following the death of George Floyd, interest in the holiday has renewed.

2020 Census Results Published: How They Will Influence US Policy