Home Educational program Eight secret airplane tips that make flying safer, even if at first glance it doesn't seem like that

On an airplane, even a simple toilet door can save your life. And not because it's the only obstacle between you and the guy who ate a burrito at the airport before boarding. In fact, it has a hidden security feature. What else on the plane is intended for the safety of passengers, the publication said Business Insider. 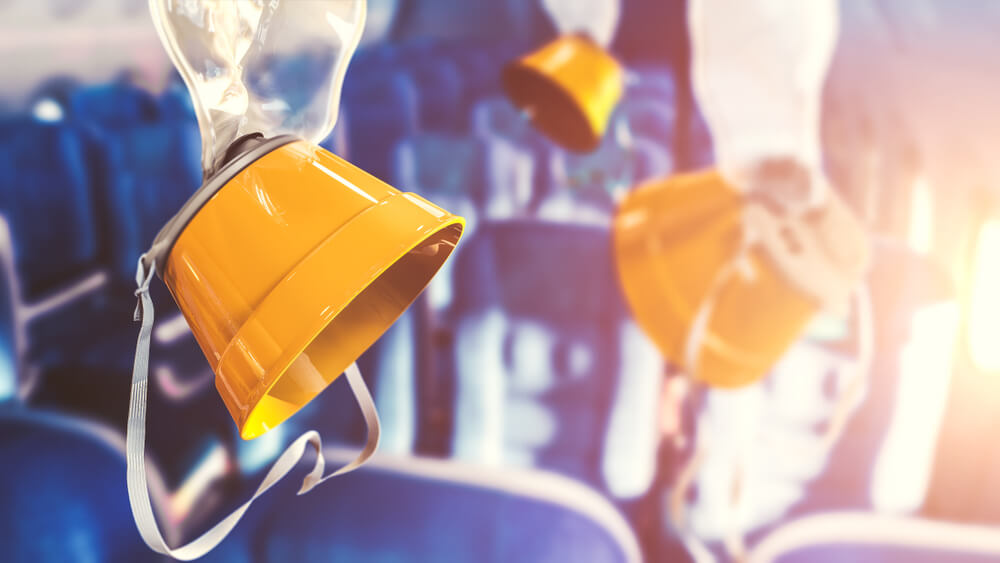 In the event of an emergency where the pilot has to land on the water, you will be grateful for these little yellow hooks. Their number and location on each wing varies from plane to plane, but they all do the same thing - help keep passengers safe. The hooks are the anchor for the ropes that passengers use to hold and pull themselves along the wing. Ropes and hooks can also be used to tie rafts to the aircraft so they don't float away.

Let's say there is a depressurization in your plane. You know what to do - pull on the mask to lengthen the tube, cover your nose and mouth with a yellow mask.

Airplanes do not have oxygen cylinders. They are too heavy and bulky to be practical. Instead, there is a chemical oxygen generator on a panel above your head. This is a small canister of sodium chlorate, barium peroxide, and a pinch of potassium perchlorate. And when all three are mixed together, an extremely hot chemical reaction releases oxygen.

Your seat cushion acts as a flotation device, but did you know it is fireproof? Let's go back a few decades. During the 1967 test of the first Apollo mission to the moon, three astronauts died when the inside of the capsule caught fire. An investigation revealed that the plane was filled with flammable materials, including foam in the seat cushions.

Consequently, NASA has undertaken a number of studies to find a way to cover flammable objects with a flame retardant material. Therefore, in 1984, the Federal Aviation Administration issued new regulations regarding the flammability of aircraft seats. In fact, it is estimated that 20 to 25 lives are saved each year because their places do not catch fire.

Above some of these fire resistant seats, you may see a small black or red triangle. These triangles actually represent what is called "William Shatner's seat." This is a reference to the 1963 episode of "The Twilight Zone" in which Shatner's character sees a gremlin on the wing of an airplane. The triangles signal the crew from which windows the wings are best visible in the event of a flap malfunction or to check if they have been de-iced.

When you looked out the window, you might have noticed a small hole. This is usually not very good for the window, but in this case it is necessary. This is called a drain hole. And this prevents the airplane window from exploding. This is because the air pressure inside the plane is much greater than outside, which can cause any normal window to explode.

But the windows on the plane are made up of three panels: inner, middle, and outer. The outer panel takes on pressure, the middle one works as a fail-safe, and the inner one only so that passengers do not come into contact with the other two. The hole also allows moisture to escape from the crevices, so the windows do not fog up or freeze.

This simple act can give you peace of mind and potentially save your life. Before takeoff and landing at night, crews often dim the lights in the cockpit and ask passengers to lower the curtains. This is so that their eyes have time to get used to the darkness. In the event of an evacuation, the eyes of passengers will already get used to the darkness outside. If the lights were left on, their eyes would take time to adjust, and they would end up spending precious seconds stumbling blindly rather than quickly evacuating.

Hidden lock in the toilet

In fact, a crew member can open the hygiene room door at any time, whether you have locked it or not. Outside, on the doors of most of these airplane rooms, there is a sign reading "Toilet". And under this little sign there is a latch that opens the door from the outside. This allows the crew to access the toilet in the event of an emergency.

While in the closet, you may notice an ashtray. “And if you think that smoking on airplanes is prohibited, you are absolutely right. Smoking on airplanes has been banned by US airlines since the late 1980s and can result in a fine of up to $ 25. Even with the threat of a fine, the FAA does not risk it. Ashtrays in toilets are on the list of minimum equipment required for an aircraft. Trash cans on liners are mostly filled with flammable materials such as napkins. So throwing a cigarette butt into one of them will not do anything good.