Julissa Arce told the publication CNBChow she managed to become vice president of an American company by the age of 27, although she was in the United States in the status of an illegal immigrant. 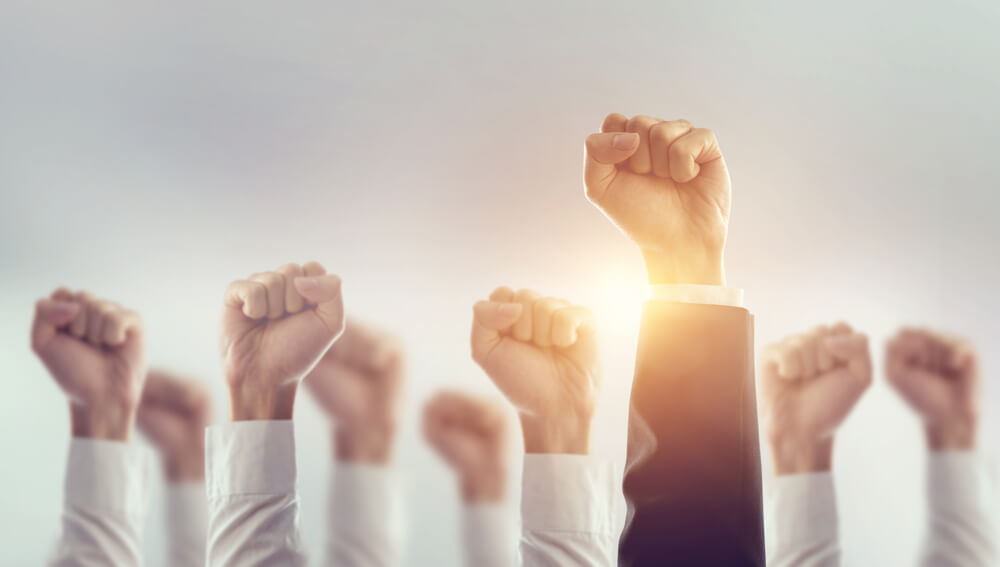 I was in my sophomore year at the University of Texas at Austin when I saw a poster that read, "Earn $ 10 Over the Summer by Doing an Internship on Wall Street."

For a young woman with $ 5 in her bank account, $ 10 seemed like wealth and the solution to all my problems. I thought, "This is where I need to be!"

Even though I was in business, I knew very little about Wall Street and even less about how to get an internship. I soon realized that the chances were not in my favor: I am a woman, Hispanic, I had no connections and no documents for work. Wall Street was a boys' club and I didn't have a membership. Be that as it may, my eyes were focused on Wall Street and I did my best to get there.

After attending an Information Session for Educational Opportunity Sponsors (SEO), an organization that attracts outstanding students from under-represented minorities to Wall Street, and speaking with a recruiter from Goldman Sachs, I learned a couple of things. First, if I was going to work on Wall Street, then I must work at Goldman Sachs. Second, in order to get an internship at Goldman Sachs, my grades had to be near-perfect, I had to do other internships, be in leadership positions, and somehow stand out from the other 17 applicants.

On the subject: How an immigrant from Uzbekistan refused to do business on Wall Street and went to Russia

As a sophomore, I was not yet qualified for an internship at Goldman Sachs, but I started to create a plan to get there. First of all, I started looking for another internship. With the help of the Latin American Career Alliance (HACE), she completed an internship at the Chicago Fire. It was free, but the experience was invaluable.

I couldn't afford to live in Chicago with an unpaid internship, so I worked part-time at HACE. I lived with my family an hour and a half away to save on rent and read How to Make Friends and Influence People twice. For extra money, she dressed up as a mascot during special events for fans of the Chicago Fire. It turned out that dressing up as a mascot will always be the subject of conversation with recruiters, and that's what stood out on my resume.

Back on campus, I checked several points in my plan: I had excellent grades, I was sworn in as president of the Hispanic Students' Association of Entrepreneurship, and I had another significant internship. Then I realized that in addition to the $ 10, an internship could lead to an amazing career on Wall Street, where $ 000 could eventually become my two-week salary.

I also realized that to be successful on Wall Street, I need mentoring and networking, two things that SEO offers.

On the subject: Revelations of a Belarusian from Wall Street: “I adored my job until my clients lost 17 million dollars”

I applied for SEO and was accepted for a Wall Street Summer Internship. The only problem was that SEO doesn't accept requests for where to place students for the summer. I could easily get into another firm. Therefore, she did not rely on chance, but called the recruiter of Goldman Sachs, kept in touch with. Told him that I would like to spend the summer at Goldman through an SEO program. He made one phone call to SEO and my internship at Goldman was secured.

When I joined Goldman, I came up with another plan to turn my internship into a full-time job. After being offered a full-time job, I turned that plan into How to Become the First Hispanic Partner at Goldman. I came up with this plan after reading books such as How to Make Friends and Influence People, The 7 Habits of Highly Effective People, and others.

My strategy was as follows:

Each new year, I sat down with my boss and set expectations for the next year - measurable, tangible elements that I could compare to my results. Then I arranged another meeting in the summer and shared my successes on the issues that we had outlined in the winter. At the same time she asked: "Am I on my way to promotion this year?" and "Given the team's earnings and my contribution, what increase can I expect?"

On the subject: The wolf of Wall Street: how a Russian learned that he was facing a multimillion-dollar fine, but was able to escape

By the age of 27, in my five years at Goldman, I had gone from analyst to assistant and from assistant to vice president. I went from earning $ 10 as an intern to over $ 000 as a vice president.

I reviewed my plan every year, and after being promoted to vice president, my plans changed. Surprisingly, I no longer wanted to aspire to become the first Hispanic female partner in GS. True, I learned a lot during my time on Wall Street.

Lesson # 1, which I learned, is that there is always a way out. Traveling in a world still ruled by men was not easy. It was not easy to see my future, when every day I was afraid that I would be caught for lack of documents. But where there is will, there is a way out.

I left Wall Street, but in my new career as a writer, speaker, and lawyer, I continue to employ the same strategies that helped me navigate the Wall Street maze.

In his history, Arce does not focus on his illegal status in the United States. However, in 2016, the girl made a sensational come-out all over the country: she announced that she actually managed to realize the “American dream” and become vice president of a large company without legal status in the United States. She came from Mexico. More about her story can be found in Orsay's book My (Underground) American Dream.

Relocation, Adaptation, and Business: Three Kyrgyz Success Stories in the US

He, she, they: how not to get into trouble with appeals to the USA