Home World The US military filmed three UFOs that were chasing them: the Pentagon confirmed the authenticity of the recording

The Pentagon has confirmed the authenticity of recently leaked videos and images showing numerous UFO sightings by the US Navy. The government is preparing to publish the long-awaited first-of-its-kind UFO report this summer. Fox News. 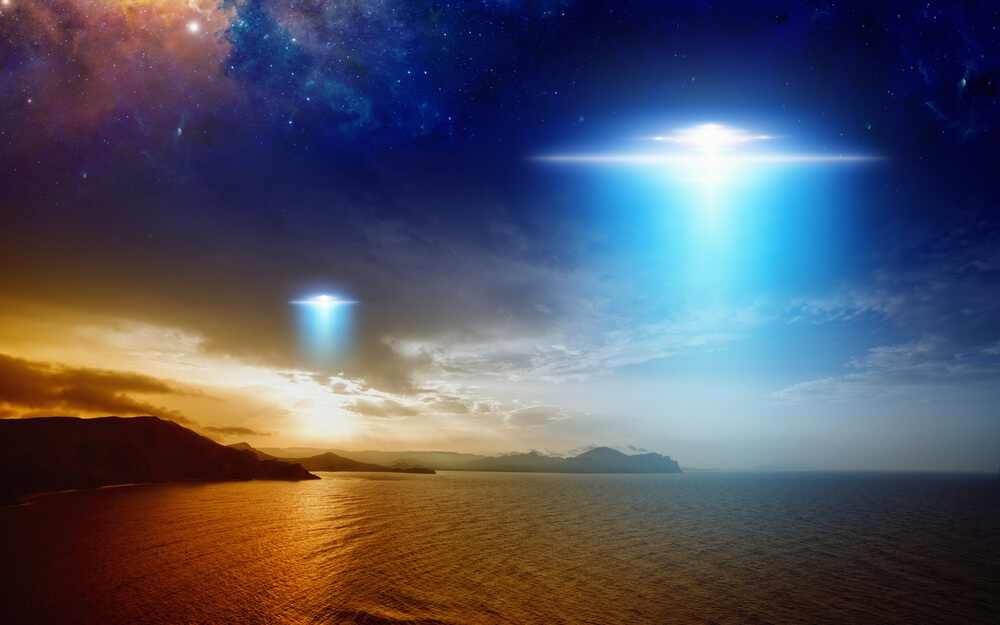 The 18 second video shows what is described as three pyramidal UFOs hovering over the USS Russell warship at night in July 2019 off the coast of San Diego... At one point, the pyramid-shaped ship was reportedly hovering 700 feet (213 m) above the Russell's tail.

This is the first video, filmed in July 2019, to be made available to the public. In it, mysterious UFOs, described as unmanned aerial vehicles, chased at least three US warships during their exercises for several days.

It is reported that a few months earlier, in March, an FA-18 pilot used his mobile phone to photograph three different unidentified aircraft, including two UFOs. Later they were named "Metal Airship" and "Sphere".

According to Mysterywire.com, an unidentified plane captured by a pilot in March 2019 could remain stationary in strong winds, which is beyond the capabilities of known balloons or drones.

“I can confirm that the photos and videos mentioned were taken by the navy,” said Defense Department spokesman Susan Gough. "The Unidentified Aircraft Task Force (UAPTF) has incorporated these incidents into its ongoing research."

On the subject: CIA released thousands of secret UFO documents: where to find them

Videos and images were leaked to director Jeremy Corbell, who directed the documentary "Bob Lazar: Area 51 and the Flying Saucers," and to KLAS TV Chief Reporter George Knapp.

Corbell and Knapp independently confirmed that the leaked documents were images that were part of a series of secret briefings designed to educate members of the U.S. intelligence community about UFOs traveling in restricted airspace.

Three photographs, allegedly from USS Omaha, show a "spherical" UFO descending into the ocean. According to Corbell, the submarine tried unsuccessfully to locate the unidentified aircraft.

“This is outstanding technology,” Corbell said. “Whoever uses these technologies, they are far more advanced than anything in the US arsenal, and that should be a warning sign. We need to find out the intentions of the operators of these vehicles. ”

The Pentagon's Unidentified Aircraft Task Force (UAPTF) is currently investigating what these unidentified aircraft are. The UAPTF was formed in the summer of 2020 with the aim of improving the Department of Defense's "understanding of the nature and origin of unidentified phenomena," especially "incursions by unauthorized aircraft into ranges or designated airspace." She will present her paper to Congress in June 2021.

The fact that the UAPTF is still investigating these new incidents as unidentified aerial events means they have already ruled out that they are balloons or regular drones from another country, Corbell said.

“These vehicles do not use the flying techniques we know,” Corbell explained. "These are gravity-powered aircraft, which are transmediums - they can travel from space to the air and to the sea."

The Pentagon's outspokenness and its decision to even admit that videos and images of pyramidal planes and UFOs are in fact real worries UFO enthusiasts and experts around the world. They hope this is the start of something bigger.

Last April, the Pentagon released three videos of UFOs captured by naval pilots who froze in awe before unknown objects flying and maneuvering at incredible speed.

The government is expected to release a UFO report in June this year, which former intelligence director John Ratcliffe said will show "to be honest, there are far more sightings than have been made public."

On the subject: The Pentagon created a department to study UFOs: social networks exploded with jokes

“We're talking about objects seen by Navy and Air Force pilots, or found in satellite imagery, that can perform actions that defy explanation,” Ratcliffe said. "For example, movements that are difficult to reproduce because we do not have the technology to travel at speeds above the sound barrier without sonic boom."

According to the National UFO Reporting Center, the number of unidentified objects in the air in 2020 increased by about 1000 across the country to more than 7200 sightings.

“Overall, we are receiving more reports than a few years ago,” said Peter Davenport, director of the UFO Report Center.

Since November, he has received five reports from the cockpit of unidentified objects flying at high altitude: “This is unusual. I don’t remember getting five reports in just a few months in 27 years. ”

Corbell said he does not know if the latest UFO images he has received show aliens visiting our planet. However, he is confident that the public should demand from our government a transparent investigation of their origin.

“UFOs are real, and they are here, but we do not know who they are or what their intentions are,” Corbell summed up.

Several UFOs chased US warships off the coast of California