Edition The Guardian reports that 6500 migrant workers have died in Qatar ahead of the FIFA World Cup. The shocking figure is probably not final as preparations for the 2022 tournament continue. 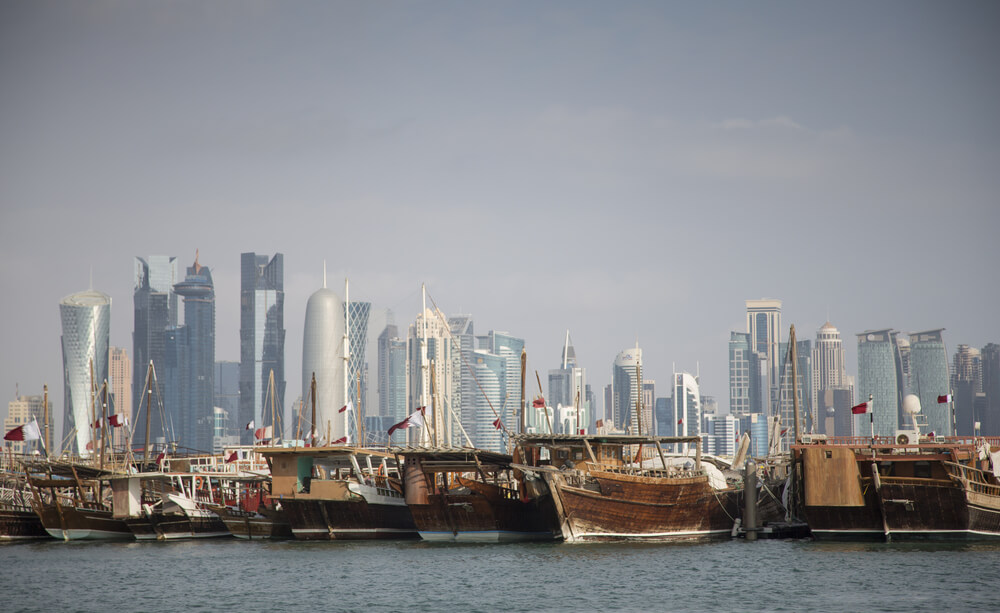 More than 6500 migrant workers from India, Pakistan, Nepal, Bangladesh and Sri Lanka have died in Qatar since it won the right to host the World Cup 10 years ago. The results, compiled from government sources, mean that an average of 12 migrant workers from these five South Asian countries have been dying every week since the night in December 2010, when the streets of Doha were filled with enthusiastic crowds celebrating Qatar's victory.

Data from India, Bangladesh, Nepal and Sri Lanka showed that in the period 2011–2020. 5927 migrant workers died. Data from the Pakistani Embassy in Qatar reported 824 deaths of Pakistani workers between 2010 and 2020.

The total death toll is significantly higher as these figures do not include deaths from a number of countries that send large numbers of workers to Qatar, including the Philippines and Kenya. Also excluded are deaths that occurred in the last months of 2020.

Over the past 10 years, Qatar has embarked on an unprecedented construction program, mainly in preparation for the football tournament in 2022. In addition to seven new stadiums, dozens of major projects have been completed or are underway, including a new airport, roads, public transport systems, hotels and a new city that will host the FIFA World Cup final.

It is likely that many of the deceased workers were involved in infrastructure projects for the FIFA World Cup, says Nick McGeehan, director of the Gulf Workers' Rights Group.

“A significant portion of the migrant workers who have died since 2011 were in the country only because Qatar won the right to host the FIFA World Cup,” he said.

The findings expose Qatar's failure to protect its XNUMX million migrant workforce, or even to investigate the apparently high death rate among predominantly young workers. The statistics hide countless stories about families who were left without their main breadwinner, struggled to get compensation and did not understand the circumstances of the death of their loved ones.

Gal Singh Rai from Nepal paid nearly $ 1400 to be employed as a janitor at a camp for workers building the Education City World Cup stadium. A week after arriving, he committed suicide. Mohammad Shahid Mia, from Bangladesh, was electrocuted in his workroom after water spilled onto exposed electrical cables. In India, the Madhu Bollapalli family never understood how a healthy 43-year-old man died a "natural death" while working in Qatar. His body was found lying on the floor of his dorm room.

The grim death toll in Qatar is reflected in long tables of official figures listing causes of death: multiple blunt injuries from falls, asphyxiation from hanging, unidentified cause of death. The most common is the so-called "natural death", which is often associated with acute heart or respiratory failure.

According to figures obtained by the Guardian, 69% of deaths among Indian, Nepalese and Bangladeshi workers are natural. Among Indians alone, this figure is 80%. Such classifications, which are usually done without autopsy, often do not provide a legitimate medical explanation for the underlying cause of these deaths, the newspaper notes.

On the subject: How dire diagnoses cut off the American dream: the stories of our immigrants

In 2019, it emerged that the intense summer heat in Qatar is likely to be a significant factor in the deaths of many workers. The Guardian's findings were corroborated by a study commissioned by the United Nations International Labor Organization, which found that at least four months a year, workers experienced significant heat stress when working outdoors.

A 2014 report by the Qatar government's own lawyers recommended conducting a study on deaths of migrant workers from cardiac arrest and amending the law to "allow autopsies ... in all cases of sudden or sudden death." The government did neither.

The Qatar government says the number of deaths - which it does not dispute - is proportional to the size of the migrant labor force and that these numbers include white collar workers who died of natural causes after living in Qatar for many years.

“The mortality rate among these communities is in the expected range for the size and demographics of the population. However, every life lost is a tragedy, and we are working hard to prevent every death in our country, ”the Qatar government spokesman said in a statement.

The official added that all citizens and foreigners have access to free, first-class medical care, and that the last decade has seen a steady decline in the death rate among migrant workers due to health and safety reforms in the labor system.

Road traffic accidents (12%), work accidents (7%) and suicides (7%) are other important causes of death among Indians, Nepalese and Bangladeshis. The death rate from coronavirus, which remains extremely low in Qatar, did not have a significant impact on the numbers: just over 250 deaths across all nationalities.

The Guardian study also revealed a lack of transparency, rigor and detail in the registration of deaths in Qatar. Embassies in Doha and governments of sending countries are reluctant to share data, possibly for political reasons. One South Asian embassy said it could not share the cause of death data because it was only manually recorded in a notebook.

“There is really a lack of clarity and transparency around these deaths,” said May Romanos, an Amnesty International Gulf researcher. "Qatar needs to strengthen its health and safety standards."

A spokesman for the committee organizing the World Cup in Qatar, when asked about the loss of life during the construction of the stadiums, said: “We deeply regret all these tragedies and have investigated each incident to learn lessons. We have always maintained transparency on this issue and challenged inaccurate claims about the number of workers killed on our projects. ”

In a statement, representatives of the International Football Association (FIFA), the world's governing body for football, said FIFA is fully committed to protecting workers' rights on projects.

“With very strict health and safety measures in place ... the incidence of accidents on construction sites for the FIFA World Cup was low compared to other major construction projects around the world,” they said without providing any evidence.