Home Incidents During the flooding due to Hurricane Ida in Louisiana, an alligator attacked a man: the body was never found

During the flooding due to Hurricane Ida in Louisiana, an alligator attacked a man: the body was never found

Hurricane Ida destroyed homes, left millions of people without electricity and killed at least four people. But, in addition, along with the water, danger came to the cities. In Louisiana, an alligator attacked a man. The edition told in more detail USA Today. 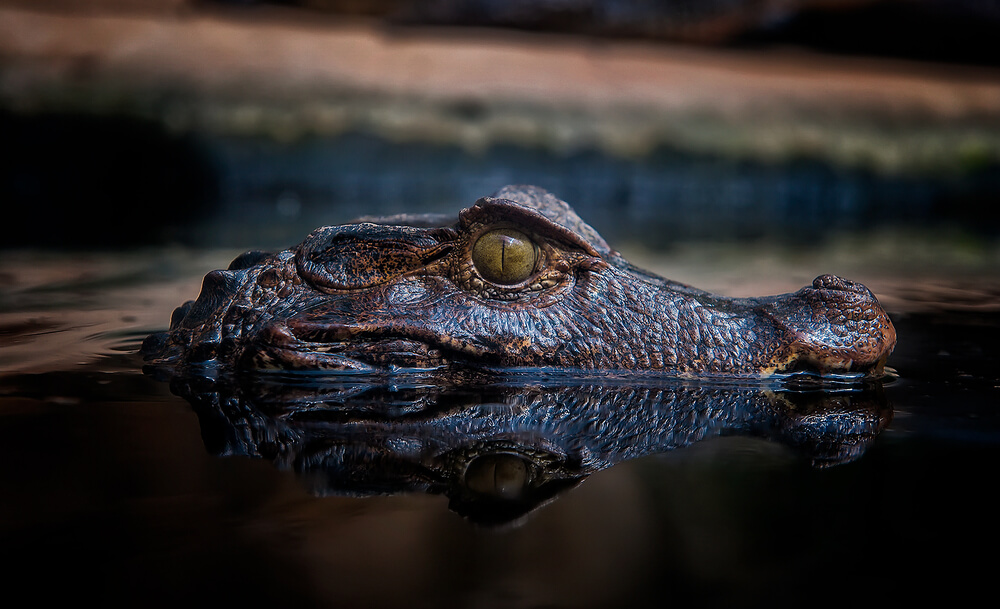 The man's wife witnessed the attack, which took place near the town of Slidell, said Jason Gobert, a spokesman for the St. Tammany Fire District # 1.

Gobert said the alligator bit off the man's hand and his wife ran for help. When she returned, he disappeared into the water. The man's body was never found.

Sheriff's office at St Tammane said the woman heard a noise outside and saw an alligator attack her 71-year-old husband. She helped him climb a few steps and get out of the water. But after she went to get medicines and called for help, he was gone.

The frightening nature of alligator attacks in flooded communities after the storm is something officials discussed earlier.

Jefferson County spokeswoman Cynthia Li Sheng noted that some of the marshes have been flooded, and there is a real danger for rescuers and those living in the area.

“This is an area full of swamps, alligators and very dangerous conditions,” she said, noting that first responders had to wait for daylight to survey the area and rescue anyone who needed help.

She added that in some areas there was flooding "above chest level, to the roof."

Although there are about 5 million alligators in the south, reptile attacks during or after hurricanes are rare.

Researchers at the University of Florida (UF) reported in 2019 that alligators tend to hide in their natural habitat if a storm is approaching. Reptiles have sensors that allow them to detect changes in pressure before a storm breaks out.

"They are much smarter than humans," said Joe Wasilewski, a biologist at UF who has worked with crocodiles and alligators for over 40 years. “They seek refuge instantly. They have burrows or caves that they call their home, usually under mud or a channel, and believe me, the first thing they do is hide there. "

But researchers say alligators do pose a threat after a storm, especially in areas near bodies of water. They may venture through flood waters to areas where people live.

"When happens hurricane, the temperature is quite high, the water gets more water, and when the level rises, alligators tend to move, ”said James Perran Ross, a biologist at the University of Florida and an expert on alligators.

Over the years, alligators have been seen both during and after severe storms in the south.

After Hurricane Sally hit land last year, a woman saw a large alligator making its way through her settlement in Gulf Shores, Alabama. And before tropical storm Eta hit Florida last year, a giant alligator was seen wading through a golf course in Naples, Florida.

Hurricane Ida made landfall late Sunday night, August 29, in Port Fourchon, Louisiana, exactly 16 years after Hurricane Katrina, the catastrophic hurricane that killed more than 1800 people on the Gulf Coast in 2005.

After reaching land, the hurricane held the 4th category for 6 hours. Since then, it has weakened to a tropical storm. In total, as a hurricane, Ida spent 16 hours on land.

Hurricane Ida left serious damage behind it. The Guardian.

New Orleans Mayor Latoya Cantrell said that while Ida caused serious damage to the city, a worst-case scenario did not happen. “Another Katrina hasn’t shown up,” she said.

Officials confirmed that the dams around the state were unaffected by the storm, saving the state from even more severe flooding.

Incredible time-lapse: #HurricaneIda's surge from Lake Pontchartrain at Frenier Landing in LaPlace as storm tide ultimately sweeps away camera, which never stopped working-wound up in a tree! About 40sec in notice black pick-up truck & white van that get swept by the surge. #LAwx pic.twitter.com/EWTcWfFPk1

New Orleans' biggest problem right now is the citywide power outage, which affects more than a million residents. On Sunday night, the main tower fell into the Mississippi River during a storm. Officials said it was unclear when electricity would be restored. In total, more than a million people were left without electricity during the storm.

US President Joe Biden held a public meeting with Louisiana officials and said that the death toll from the hurricane, currently at four, is "likely to rise." The leaders assured the public that large-scale rescue efforts were under way in areas of the state affected by severe flooding. The National Guard in New Orleans said there are more than 4900 rescuers working across the state.

Florida lost ground: the leader of the ranking of the best states for retirees has changed