Home In the U.S. How much does the US cost the obesity epidemic

How much does the US cost the obesity epidemic 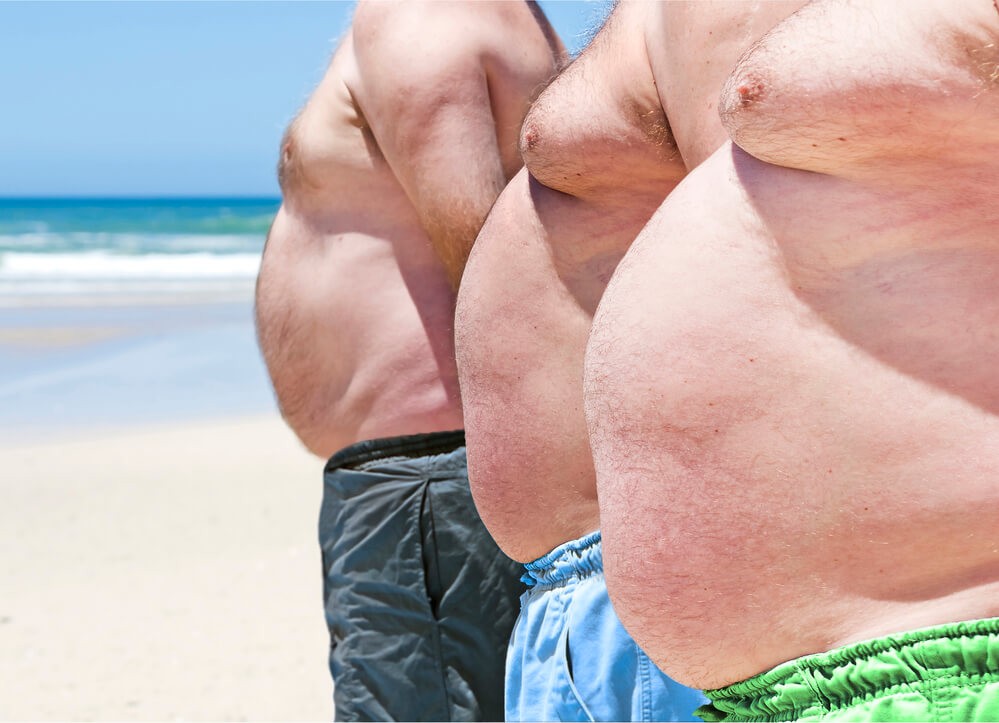 Sleeve gastrectomy of obesity is an operation that consists in a longitudinal resection of the body and fundus of the stomach in such a way that a long and thin “sleeve” with an inner diameter of about 1 cm is formed from the lesser curvature of the stomach. This leads to the fact that a person consumes smaller portions of food and feels less hunger, since such a change in the structure of the stomach leads to a decrease in the release of hormones responsible for hunger.

Such operations are the most common method of surgical control of obesity in the US, writes The agenda.

Severe obesity (with a body mass index of 40 or more) - a type of obesity that causes significant harm to the health and well-being of society - is growing at an alarming rate in the United States and could affect 2030% of American adults by 11.

Diets and exercise are prescribed for most Americans who are overweight, but only a small fraction of them have succeeded in resisting those extra pounds. Doctors who perform sleeve gastrectomy say that only 3% of their patients could lose weight on their own, such an operation is the last hope for obese people. With a positive combination of circumstances, after such an operation, they will lose about 75% of their weight.

The cost of such an operation is $ 14-25 thousand, depending on the location. Some insurance plans will cover these costs, calculating that it is cheaper than paying for the treatment of chronic diseases of these patients who will develop due to excess weight for decades - the cost of such treatment is on average $ 200 thousand.

Scientists have tried to calculate how much the country is costing an obesity epidemic. This amount includes the direct medical costs of treating diseases associated with obesity, including type 2 diabetes, heart disease, stroke, high blood pressure, arthritis, and related cancer. There are also indirect costs: loss of productivity, more disease, additional infrastructure to serve more severe patients and clients.

In Memphis - the "hardest" metropolis in the United States - in 2016 Over the course of the year, obesity’s additional health care costs amounted to $ 538 million, more than half the budget of the city’s public school system. In Tennessee, the annual additional health care costs due to obesity are $ 2,29 billion, which represents more than 6% of the total state budget.

Endocrinologist Jay Cohen, who treats patients with diabetes caused by obesity, estimated that a patient with diabetes costs the health system an average of 3 times as much as a person who does not suffer from chronic diseases and overweight.

In West Virginia, one of the most obese states, direct medical costs due to obesity are $ 1,4-1,8 billion per year, and additional indirect costs (such as loss of productivity) are $ 5 billion. Obese patients seek medical attention. using 7 times more often compared with patients with normal weight.

Despite the fact that obesity is already leading to significant costs in the US, the problem will intensify. Representatives of the baby boom generation (born in 1940-50-ies) suffer most from obesity, and they only enter the age when health problems begin to manifest themselves.

Zhou Yang, a professor at Emory University who studies the effects of obesity on the US medical system, found that overweight men spend an average of $ 190 657 more on medical expenses than their normal weight, while women with obesity spend $ 223 629 more than women with normal weight. An analysis by researchers at the University of Washington in 2016 showed that at the country level, the annual medical expenses associated with obesity amounted to almost $ 150 billion, which is more than 4 times the federal budget to help other countries almost enough to finance all the expenses of the US Department of Veterans Affairs.

The other costs are not easy to quantify, but they are of equal concern to scientists. For example, it has been found that vaccination is not always effective when it is used in obese patients, in particular, we are talking about influenza and HIV vaccines. The US military is also suffering, as it becomes increasingly difficult to find soldiers in good physical shape - over the past 50 years, the percentage of overweight young Americans has doubled. Overall, overweight and obese military personnel cost taxpayers $ 2 million a year in lost productivity and $ 105 billion a year to treat obesity-related military illnesses.

Maintenance and transportation of heavier people increases the cost of the transport system and infrastructure, and as already noted, reduces the productivity of employees. Scientists estimate that by the 2030, the loss of productivity of workers due to excess weight will be from $ 390 to $ 520 billion per year.

Seven reasons why overweight Americans are getting bigger

Foods that you can lose weight

American girls grow up faster. The reason is overweight