Home Page World Instead of signaling: companies in the US are hiring remote workers in India to scream at robbers via video link

A video surveillance company pays remote workers in India to yell at burglars and thief employees who are trying to get something out of the store without paying. The publication told about this in more detail. Vice. 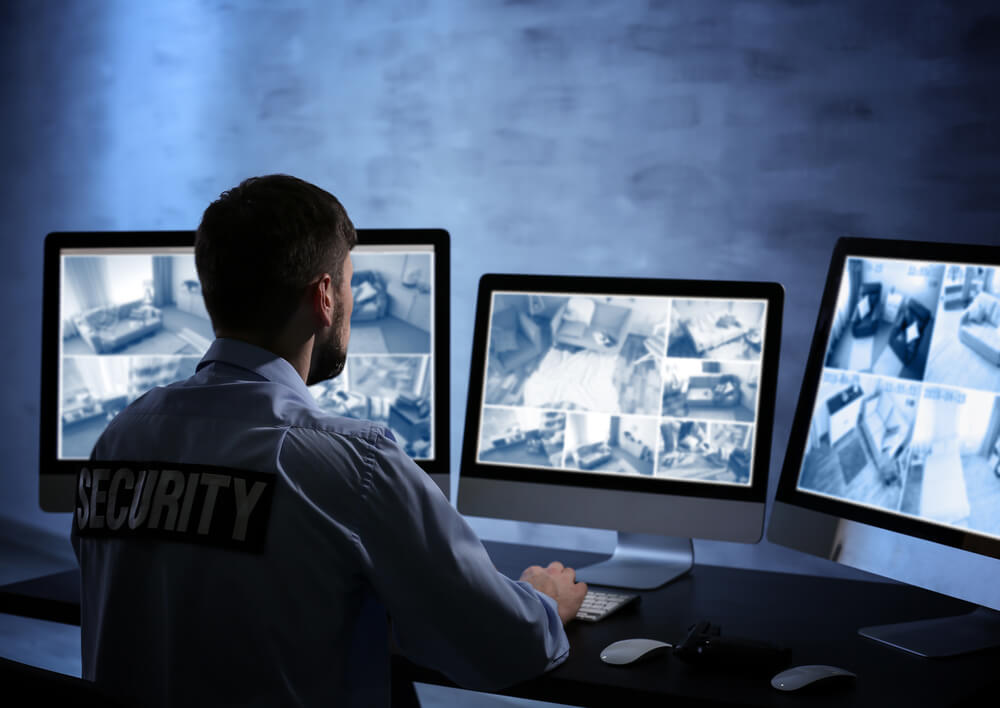 A short video from security cameras shows a salesperson in a small convenience store taking a bottle of coffee from the refrigerator and drinking it. As he returns to the cash register, a voice comes from a speaker on the ceiling, asking him if he scanned the item and paid for it.

In another video, the cashier is standing behind the counter and talking to someone outside the frame. There is a ding sound, and a voice from above asks the cashier who the other man is - he's here to pick up the cashier at the end of his shift - then asks the man to stand on the other side of the counter.

These videos are just a few examples that the Washington-based company Live Eye Surveillance is using to showcase its flagship product: a surveillance camera system that constantly monitors stores and allows a remote operator to intervene when they see something suspicious.

For $ 399 per month, a person from Karnal (India) will watch live video from your store or office 24 hours a day, 7 days a week.

Live Eye is one of many companies capitalizing on the increasing adoption of workplace surveillance tools during the pandemic, which human rights experts say corporations have used to deploy spy tools in the name of security.

“We use insecurity about the risk of robbery as an excuse to attack workers,” said Eva Blum-Dumontet, senior fellow at Privacy International. - This is really a reason to rethink the way we work. Basically, what happens to workplace surveillance is that employers try to track their employees to make sure they match their performance expectations. It is very harmful to the mental health of employees. "

On its website, Live Eye lists several major corporations as clients, including 7-Eleven, Shell, Dairy Queen, and Holiday Inn. Many of these businesses are franchised, and it is unclear from Live Eye whether the surveillance systems were acquired by corporations or purchased by individual franchisees.

A former 7-Eleven field consultant who oversaw several stores, said he was worried when the store owner showed them Live Eye Surveillance commercials. The consultant, who asked to remain anonymous to protect contacts with the company, said the surveillance system was “a solution to the problem,” because employee theft and shoplifting actually cost very little to 7-Eleven franchisees.

In one example of videos that Live Eye sends to potential customers, two black-clad robbers, one armed with an assault rifle, walk into a store and force a salesperson to open a cash register. When he starts to open the cash register, the Live Eye system calls and a voice informs the robbers that the police have been called. They run out of the store.

“This is how someone gets killed,” said the former consultant. - You can't scare someone with a gun. This violates 7-Eleven's policy. There is a reason why silent alarms are silent in banks and other businesses. "

The company issued a statement that said, “7-Eleven, Inc. cares deeply about the safety of our employees and customers. We provide every 7-Eleven store with a basic security system that includes video surveillance and alarms, but independent franchisees can install their own system on top of what is provided. "

The pandemic has led to the proliferation of workplace surveillance tools among both workers and white-collar workers, Blum-Dumont said, but it is having a disproportionate impact on low-paid employees.

“There are many people who have lost their jobs, many people who do not have much choice whether to take a job or not,” she said. “This is why employers get away with these forms of surveillance, which have a serious impact on employees.”

Florida resident filmed a 'dinosaur' in her yard: the network is wondering what kind of creature it is

25 professions that may soon disappear due to automation