Home Page In the U.S. US authorities on the example of pizza showed the Americans the danger of the Russian threat

The US Department of Homeland Security (DHS) warns that Russian agents may try to divide the Americans using heated debate - as an example, the dispute over whether pineapple is a suitable filling for pizza. 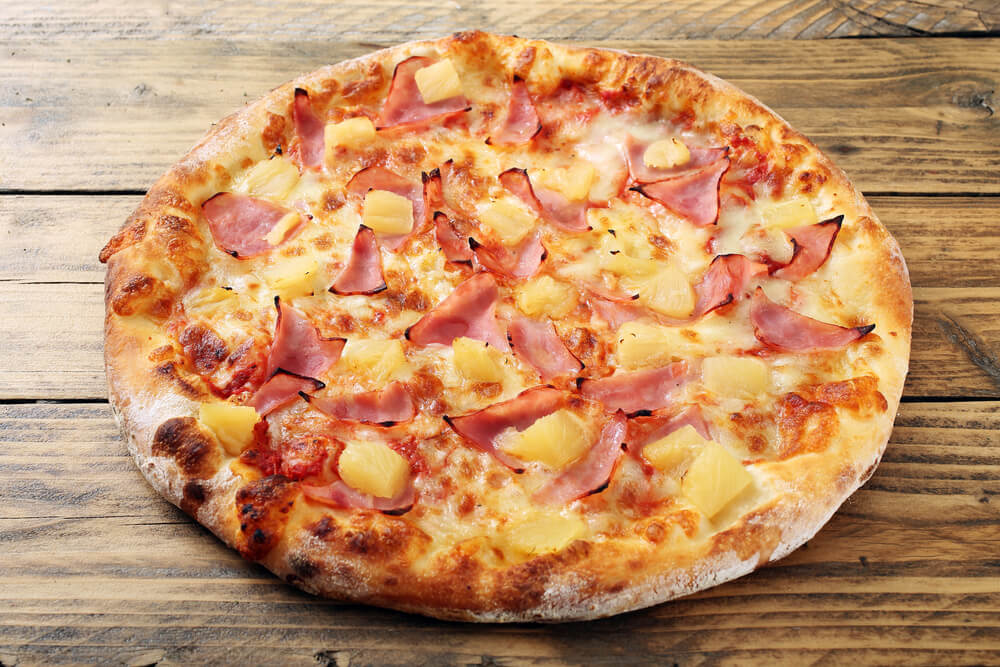 This seemingly funny warning seeks to convey an important message, notes ABC News. Published July 17 by the Agency for Cybersecurity and Infrastructure Security, warning aims to help Americans identify and defend against propaganda campaigns from Russia and other foreign opponents.

The DHS warning says Russian agents are capable of simultaneously insisting that "speaking out against pineapples in pizza is not American style!" and promote posts with the slogan "Millennials are destroying pizza!"

“Foreign influencers are constantly looking for opportunities to fuel already hot issues in the United States,” the DHS message said. “They don't do this to win an argument; they want to divide us. "

According to the warning, foreign intervention usually follows certain patterns.

First, foreign agents reveal a controversial problem, though probably not as stupid as the question of whether pineapple is a suitable pizza toppings.

"Regardless of how you cut pizza, Americans argue about fruit filling," the DHS document says.

On the subject: Meetings with hackers and journalists: how Assange led intervention in American elections

When targeting, foreign agents check the activity of social media accounts, often reusing or renaming accounts “to pollute this debate with inaccurate information and make our positions more extreme, provoking conflict or 'trolling' people on the Internet,” the warning said.

It also says that “the most extreme version of the arguments on both sides of the problem” often later becomes a “legitimate source of information,” conveying a message to a wider audience. 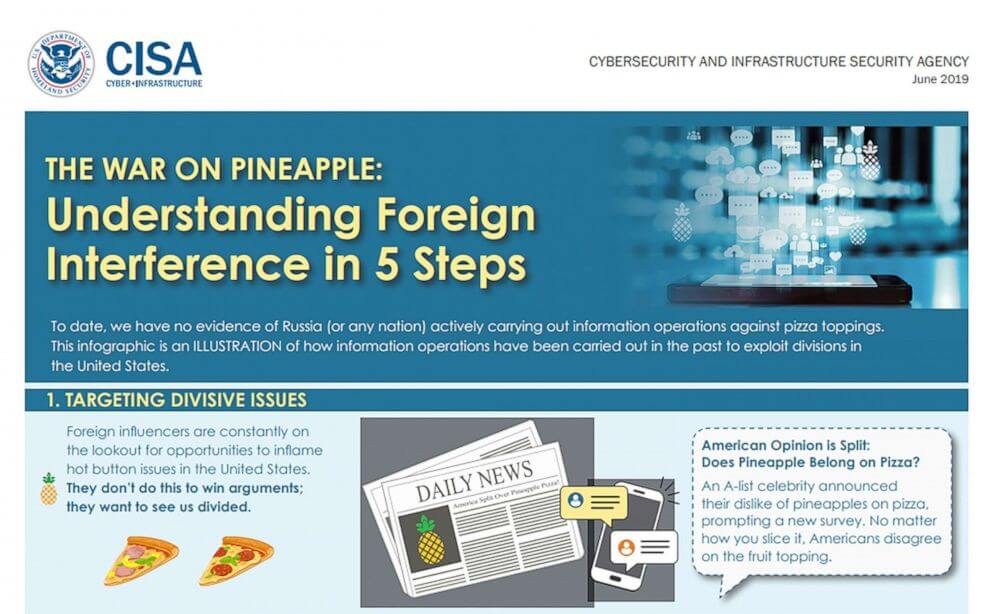 The final step of foreign intervention is that agents take advantage of the controversy started in cyberspace and turn it into something "very real - when Americans yell at Americans," warns DHS.

“In the past, Kremlin agents have organized or sponsored protests to further fuel discord among Americans. They create event pages and ask subscribers to go to them, ”the agency said.

The department cited an example: if the “war with pineapple” would be a more serious problem, a foreign agent could tell the followers of the Internet wave: “Join the pizza lovers in the center of the city, go out for the pineapple march!”.

On the subject: Former US President Carter has said that Trump is in power thanks to the "Russian intervention"

However, DHS jokingly explained that: “To date, we have no evidence that Russia (or any other country) is actively conducting information operations against pizza toppings.”

Russia's widespread intervention in the 2016 presidential campaign of the year forces the US authorities to prepare for what may happen in the run-up to the 2020 presidential election of the year.

Russian President Vladimir Putin is not only seeking to weaken the United States in the coming years, but also to keep power in his hands, said Suzanne Spalding, a former high-ranking DHS official who helped lead the US efforts to counter Russian cyber attacks.

“He doesn't want [Russian citizens] to see the United States and liberal democracy as something they should strive for. He wants to portray it all as a democracy in chaos, ”Spaulding said at Aspen Security's annual conference in Aspen, Colorado.

When it comes to cyber operations against foreign opponents, Russia is “practicing jujitsu”, trying to use the First Amendment and America’s freedom of speech “against us,” Spalding said.

In Congress, prepared new sanctions against Russia because of the Ukrainian sailors

In the United States gathered to fight with Russian corrupt officials