Home Incidents 'It looks like their mom gave birth on Monday': man jumped into river to escape elephant, only to be attacked by crocodile

Zimbabwean Winders Xianene, 34, was able to escape an elephant attack by jumping into a river, but lost an arm and a leg in a brutal crocodile attack, reports Dailymail. 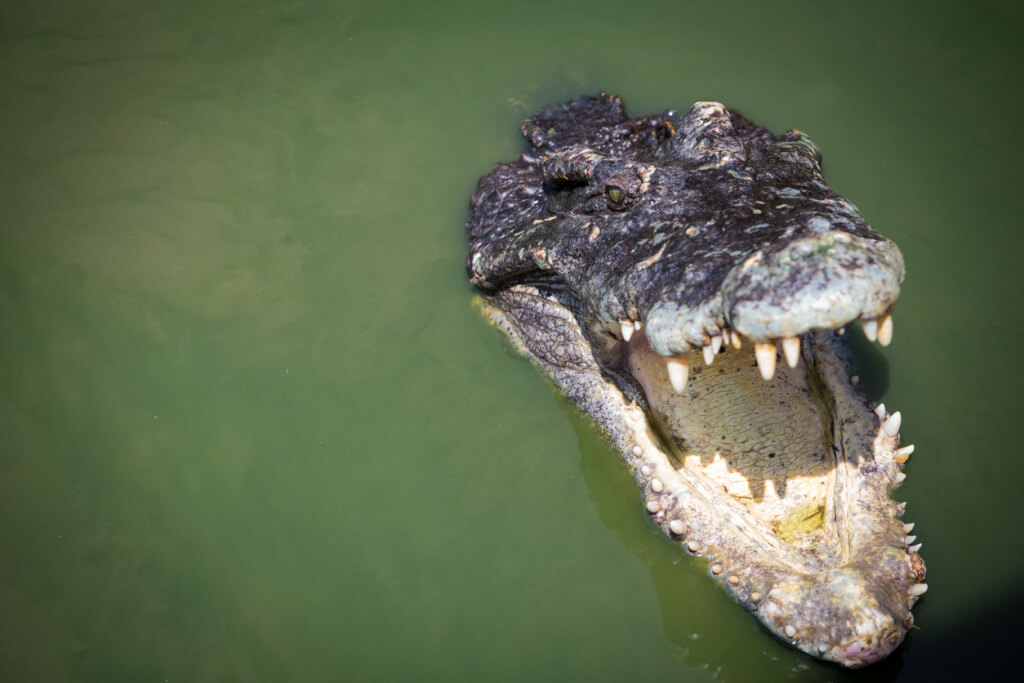 The man was driving to a fishing spot near Mlibizi, a village in western Zimbabwe, last week when he confronted the first of the two attackers.

Local reports say the elephant charged Xianen, who realized his only way to escape being trampled to death was to jump into the river.

On the subject: North Carolina woman tried to castrate her 5-year-old stepson

Acting quickly, he jumped into the water and tried to swim away from the huge animal. But it was then that he met another deadly enemy.

Reports said that as the man increased the distance between him and the elephant, he felt a sudden sharp pain in his leg.

In telling this story, Xianene said that he realized that he was attacked by a crocodile, and when he tried to escape from its jaws, the crocodile also bit his hand.

Despite the difficult situation, the 34-year-old man did not give up. He said he stuck his hand into the crocodile's mouth to its tongue, causing it to choke.

Then he began to call for help, and the locals heard his cries. People were able to come to his aid by opening the crocodile's mouth and making it swim away.

Sianene's brother Fanikiso Mkombwe said his brother was taken to the hospital after an ordeal and although his life was saved, his arm and leg were amputated.

“Winders was on his way to the Mlibizi River when he saw an elephant rushing towards him,” Mkombwe told the Zimbabwean news agency Sunday News. “It was then that he decided to run and jump into the river, trying to escape the elephant. Unfortunately, he was attacked by a crocodile in the process."

“He was going to go fishing on the Mlibizi River. He has since been admitted to Mpilo Hospital and his leg and arm have been amputated,” Mkombwe added.

Winders himself told local media after his ordeal that he felt a sudden sharp pain in his left leg after entering the water. He said that he looked around and saw a crocodile, which then tried to tear off his left arm.

“I climbed onto the crocodile and held its head tightly, thrusting my right hand into its large mouth. I knew I had to live at all costs, so I made sure to keep my grip. Crocodiles have a small tongue so they don't want anything to touch it as it hurts them. The crocodile began to calm down when I put my hand in his mouth,” he said.

Winders told how people who heard his screams entered the river and opened the mouth of the reptile with a log. He told local media, “The pain I felt was very intense, but I focused on staying alive. I now believe that God is working in a mysterious way because people rarely survive when faced with these two animals."

“This is a tragic incident - a resident of the village of Binga was left disabled after being attacked by a crocodile,” said Tinashe Farawo, a spokesman for the Zimbabwe Parks and Wildlife Authority. “We urge people to stay away from bodies of water and treat them with care. People should refrain from fishing in these waters, as they may be infested with crocodiles."

The Zimbabwean poet Aubert Dube, having learned about Winders' ordeal, recently presented the disabled man with a wheelchair.