Cindy McCain, widow of US Republican Senator John McCain, will be an observer at the presidential election in Ukraine. 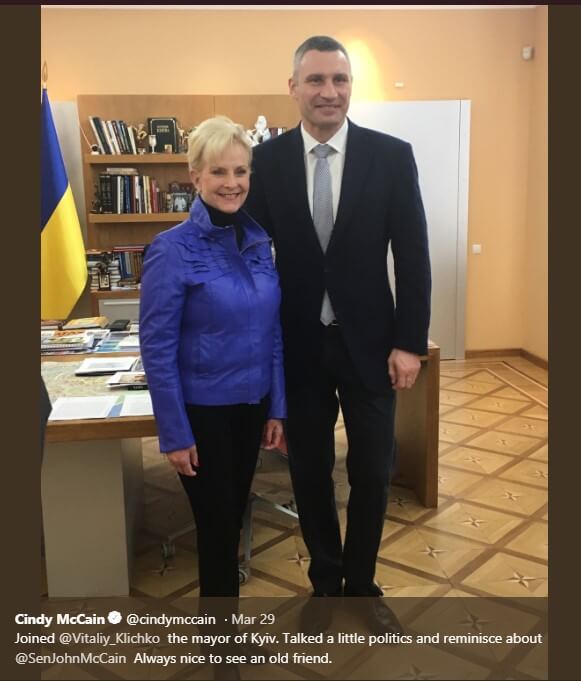 She wrote about this on Twitter, reports New Time... Under the photo with Vitali Klitschko, Cindy McCain noted: "It's always nice to see an old friend."

McCain, along with Daniel Twining, will lead the mission of the International Republican Institute. She had already arrived in Kiev and met with the mayor of the capital, Vitaly Klitschko.

“I don’t know a better way to honor my husband’s memory than to demonstrate continued support for freedom in a country he has been so deeply involved with,” McCain wrote.

The senator's widow added that her husband was an ardent supporter of the Ukrainian people and their will. He called his visit to Ukraine during the Euromaidan "one of the most expensive experiences he has ever had."

“Now I understand why he loved Ukraine,” the widow said, posting a photo in which the senator takes pictures of people on the Maidan of Independence in Kiev at the height of the 2013 events. 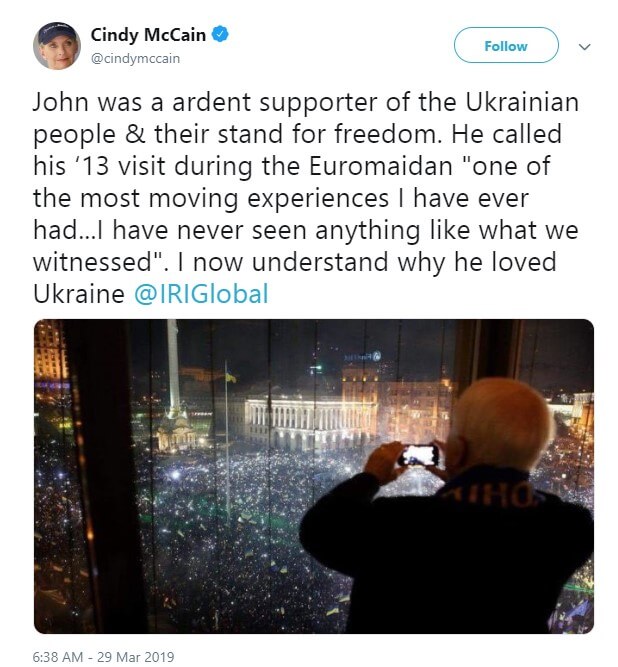 US Senator John McCain departed the life of 25 August 2018 of the year. at the age of 81. In the last years of his life, he struggled with incurable brain cancer.

Let's remind that the presidential elections in Ukraine will take place tomorrow, March 31. Surveys show the advantage of three candidates - here you will find speech portraits of eachbased on their own election rhetoric.

Zelensky or Poroshenko: where Ukrainians living in the USA can vote in elections

Five leaders of the presidential race in Ukraine: briefly about each