Home In the U.S. The number of carnivorous bacteria has increased in the waters of the United States: contact with them is deadly

The amount of coastal waters that can harbor harmful Vibrio bacteria has increased by 56%. One of the species is carnivores, reports INSIDER. 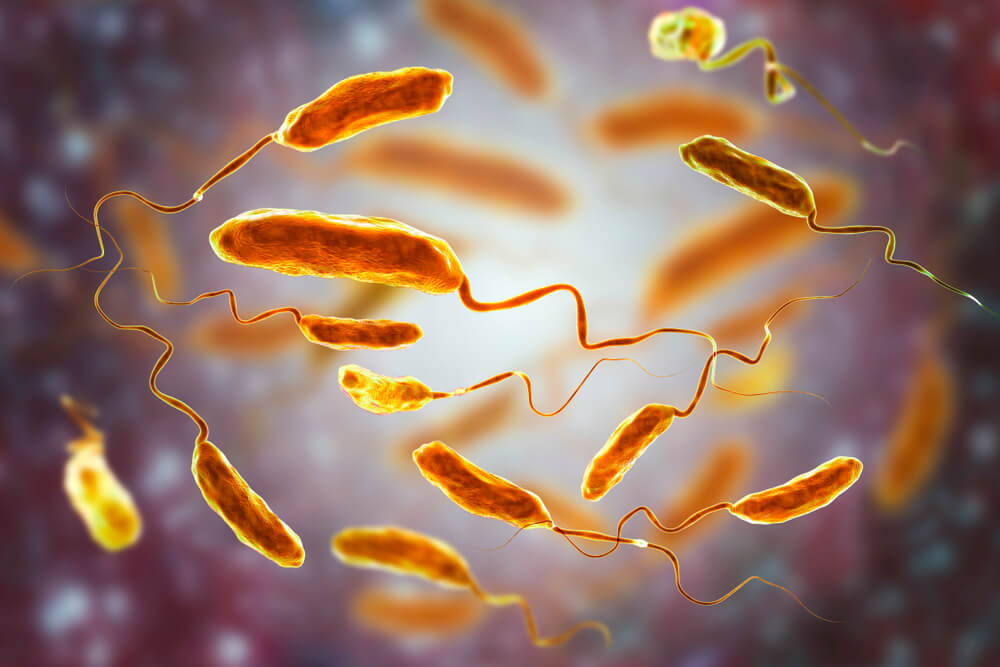 Rising sea temperatures are expanding the habitat of the Vibrio bacteria found in warm brackish water.

The proportion of the coastline that Vibrio bacteria can thrive on has increased 1980% since the 56s.
This is one of the many factors that cause climate change to worsen human health.

The amount of coastal water that harmful bacteria can live in has increased 56% in the past few decades, according to a report released Wednesday.

This family of bacteria, called Vibrio, is found in salty or brackish coastal waters, including the United States and Canada. The infection caused by the bacteria, vibriosis, is usually spread by eating raw or undercooked seafood or by contacting a wound with seawater contaminated with the bacteria.

Mild cases resolve in about three days, but Vibrio can also cause serious illnesses, including gastroenteritis, life-threatening cholera, dangerous infections, and sepsis.

One type of Vibrio bacteria, Vibrio vulnificus, is called carnivorous because the bacteria can aggressively destroy body tissue. These infections, although rare, often require intensive care or amputation. They can be fatal, killing one in five people infected, usually within two days, according to the Centers for Disease Control and Prevention.

The bacteria infect the skin and tissues underneath it (the fascia that surrounds muscles; nerves, fat, and blood vessels), often spreading rapidly - sometimes at a rate of about an inch (2,5 centimeters) per hour - leading to toxic shock syndrome.

A person who has contracted the bacterium may experience nausea, diarrhea, chills, and a fever. As the disease progresses, the skin becomes bright red, swollen and shiny, blistered and, in the worst case, open wounds.

Symptoms usually begin a few hours after the injury and may include severe pain or soreness, similar to a “pulled muscle”. According to the Centers for Disease Control and Prevention (CDC), puffiness with red or purple spots may appear on the skin.

The reasons why Vibrio is becoming an increasing threat is because sea surface temperatures are rising and seawater is becoming saltier. This is one of many disturbing findings from The Lancet's sixth annual report on health and climate change. In it, researchers from academia and the United Nations tracked 44 indicators of health impacts associated with climate change.

“As the COVID-19 crisis continues, every country faces some aspect of the climate crisis,” Anthony Costello, executive director of the report, said in a statement, adding: “The Lancet Countdown contains over 40 indicators and too many of they are alarmed. "

The connection between rising sea temperatures and waterborne diseases such as vibriosis is alarming. Coastal habitats for bacteria at certain latitudes in the northern hemisphere have increased from 7% in the 1980s to 10,9% in 2020, according to the report.

On the subject: An American woman has been sick with COVID-19 for a year: what is the reason and who is at risk of a protracted coronavirus

Most bacterial infections occur in the summer.

Each year in the United States, about 80 people contract vibriosis and 000 die from these infections. Since Vibrio bacteria thrive in warm water, 100% of these infections occur between May and October, according to the CDC.

The bacteria are not just a threat to humans: in April, after hundreds of dead fish were washed ashore in New Jersey, the bacterium Vibrio was the culprit, according to the Associated Press.

"There are suspicions that if there are wider temperature swings in the fall and spring, it could exacerbate the consequences of these events with mortality," the state Department of Environmental Protection said.

While 100 human deaths a year is a low toll from a public health perspective, rising sea temperatures could lead to a wider spread of Vibrio - and, most likely, infections and deaths from the family of bacteria.

Other important indicators highlighted in the Lancet report include an increased potential for mosquito-borne disease and the relationship between extreme heat and poor mental health, including suicidality.

Costello said that when countries gather next month to negotiate the COP26 climate in Scotland, he thinks this could be an opportunity to simultaneously respond to climate change and the impact of COVID.