Home In the U.S. Congress is preparing to approve the results of the presidential election: the National Guard mobilized in Washington

Washington Mayor Muriel Bowser has mobilized the National Guard in the face of protests by supporters of President Donald Trump over a planned congressional vote to confirm President-elect Joe Biden's victory. The National Guard of the District of Columbia announced this on January 4, writes Radio Liberty. 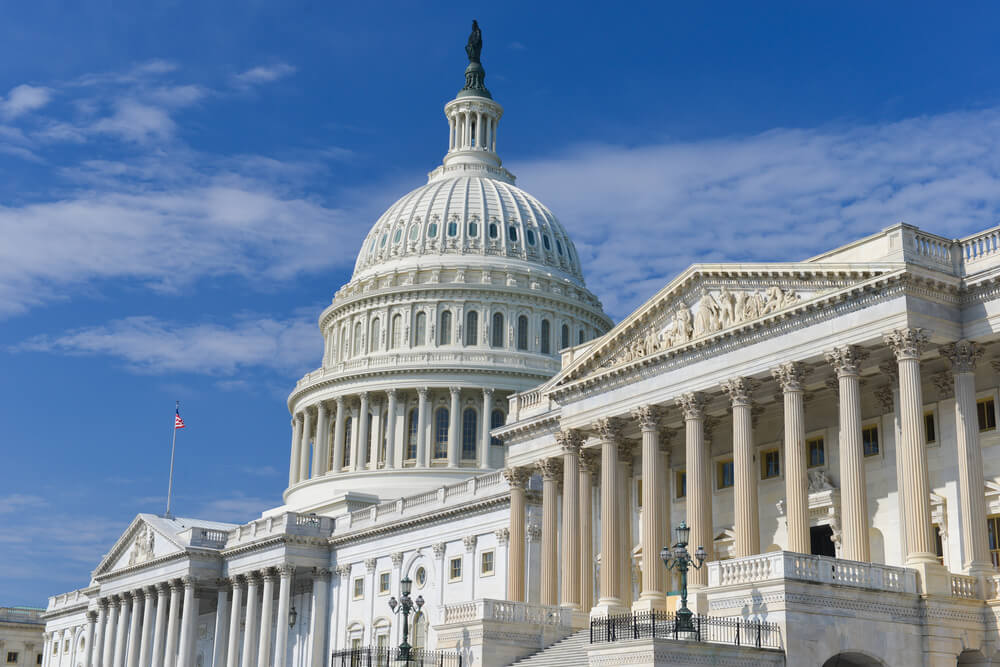 More than 300 National Guard soldiers will reportedly be ready to provide crowd control and assistance to fire and rescue services.

Bowser requested the deployment of the National Guard on January 4 and asked locals to stay out of the city center on January 5 and 6, and to avoid confrontation with anyone "looking for a fight."

Democrat Bowser expressed confidence at a press conference that the US Constitution "will survive" and that Biden and Kamala Harris "will be President and Vice President of the United States" after their inauguration on January 20.

Acting local police chief Robert Conti said the action had been taken because “some individuals intend to bring firearms to the city and they simply will not tolerate it.”

It is estimated that the expected 15 people at the rallies will include representatives of nationalist groups who have openly carried weapons during other protests.

City police have placed signs in the city center warning that carrying any type of firearm is illegal in the US capital. This city has strict gun laws.

Trump supporters plan to rally in the US capital on January 5 and 6 to support the incumbent's unsubstantiated claims of widespread election fraud.

The protests coincide with a January 6 congressional vote that is expected to approve the electoral college vote that confirmed Biden's victory.

The president himself encouraged protests. On January 3, he hinted that he might speak at one of the rallies, spreading the announcement of the action on Twitter with the message: “I will be there. Historical day ".

I will be there. Historic day! https://t.co/k6LStsWpfy

Trump continues to deny the victory of Democrat Joe Biden, which the Electoral College approved 306 to 232.

Congress has a constitutional mandate to count and validate presidential election results, which is usually a simple formality. But this year, at least 12 Republican senators and about 140 GOP members of the House of Representatives have pledged to vote against confirming the electoral vote, citing Trump's allegations of electoral fraud.

On the subject: Republicans in Congress massively refuse to approve of Biden's victory

Trump, who refused to acknowledge Biden's victory, continued to dispute the election results despite the fact that representatives of both political parties, governors of key states, and the US Department of Justice concluded that there was no widespread fraud.

In addition, nearly all of the lawsuits from Trump's and his allies' legal team were dismissed by judges, including two by the Supreme Court.

After a member of the House of Representatives and a Senator submit an objection, the two Houses of Congress separate to discuss the document for two hours and vote on whether to continue counting in light of the objection. Both houses must vote by simple majority to agree to the objection, then it will count towards the vote count. Otherwise, the objection is dismissed.

If both houses of Congress confirm the objection and no candidate receives the required 270 electoral majority as a result of the objection, the 12th Amendment to the Constitution dictates the congressional procedure for electing the president and vice president. At the same time, the House of Representatives votes to elect a new president. Members of the House cast one state vote, choosing between the three candidates who receive the most votes from the Electoral College. The Senate votes to elect a Vice President, each senator has one vote.

New members of Congress were sworn in on January 3, and it will be the newly elected Congress that will vote on the results of the election. After the 2020 elections, Democrats retained a majority in the House of Representatives. Republicans will control the Senate during this joint meeting, regardless of the results of the second round of elections in Georgia on January 5, as Vice President Mike Pence will remain in power to act as a potential casting vote.

Old new home: where Trump will live after leaving the presidency