The US Capitol was briefly evacuated around 20:18 pm on April 30 after police found the plane they said was a "probable threat". In fact, it was the members of the Golden Knights of the US Army, who made a demonstration parachute jump and landed in the National Park before the baseball game, reports NBC. 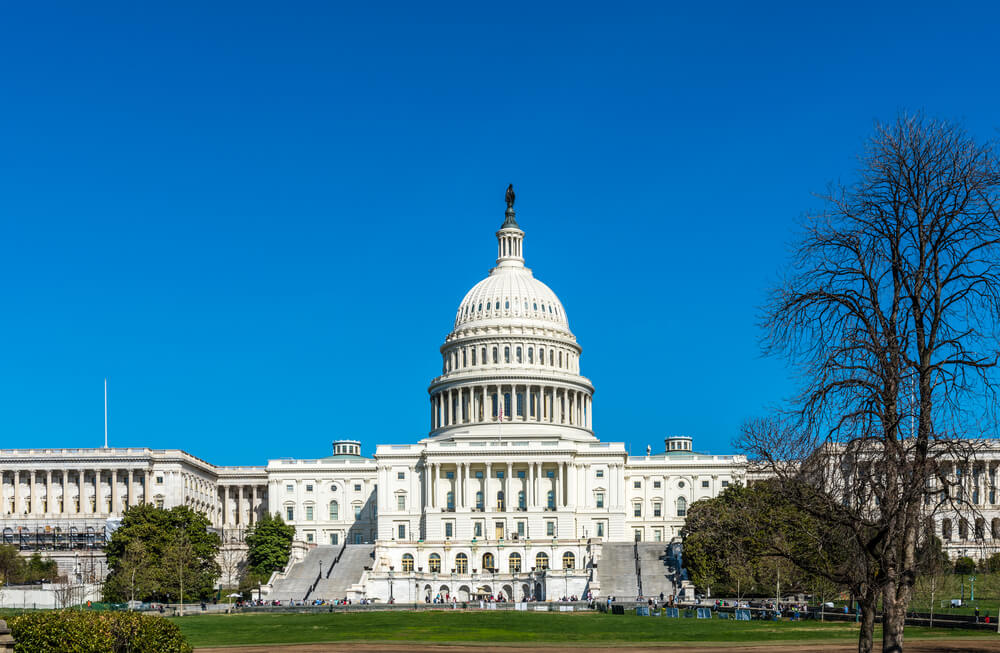 A US Capitol police alert forced congressional staff to leave the Capitol and Legislature Building around 18:30 p.m.

The incident revealed a staggering communication failure between the military, the Federal Aviation Administration, and the Capitol police. And this after Washington focused on improving security due to the attack on the building on January 6, 2021 by supporters of Donald Trump.

House Speaker Nancy Pelosi denounced the Federal Aviation Administration on the evening of April 20. She stated that his "apparent failure to notify the Capitol police of a pre-planned action at the national stadium is outrageous and inexcusable."

“The FAA takes its role in protecting national airspace seriously. The agency will conduct a thorough and prompt analysis of events this evening and share updated information, the agency said in a statement. “We know that our actions affect others, especially in our country's capital region. We should contact our law enforcement partners in a timely and frequent manner.”

The US Capitol Police were not given advance notice of the Golden Knights' planned jump.

Kelly LeGaspi, a spokeswoman for the US Army Recruiting Command that was behind the Golden Knights demonstration, released a statement saying, "We are looking into all aspects of the event to ensure all procedures are properly followed to coordinate both the flight and the parachute demonstration."

Many of those working on Capitol Hill have been on edge for more than a year after hundreds of Trump supporters broke through stunned police officers, smashed windows and doors and ransacked the Capitol as Congress voted to confirm Joe Biden's election victory.

During the April 20 incident, the twin-engine aircraft took off from Joint Base Andrews in Maryland and circled in severely restricted airspace near the Capitol when the warning was issued. Radar tracking data shows that the De Havilland Twin Otter aircraft remained out of restricted airspace over the Capitol building and other government compounds at all times. Air traffic control records show an army aircraft coordinating its flight with a control tower at nearby Ronald Reagan Washington National Airport.

Investigators are still working to determine why the event was not properly coordinated with law enforcement officials in Washington, according to two people familiar with the matter.

The capital region is protected by several anti-aircraft missile systems, as well as combat crews on duty around the clock.

Officials believe that based on a preliminary check, the pilot may have misreported the takeoff or was not properly cleared. They were not authorized to discuss the matter publicly and spoke on condition of anonymity.

Pelosi said: "Congress looks forward to reviewing the results of a thorough ramifications analysis that will determine exactly what went wrong today and who in the Federal Aviation Administration will be held responsible for this outrageous and frightening mistake."

The plane landed in Andrews around 18:50 pm after paratroopers descended into the middle of the National Park field. The stadium, home of the Washington Nationals baseball team, is just over one mile from the US Capitol.

One witness to the chaos at the Capitol was Airyann Dolan, wife of Nationals pitcher Sean Doolittle. She tweeted: “I was walking my dogs past the Dirksen Senate office building. All of a sudden, people started running out all at once. They told me to turn around and leave as quickly as possible. Some of them were calm, but most of them were genuinely excited.”

The Capitol building reopened a little after 20:00.

Not an optical illusion and not a natural phenomenon: an impressive hole appeared in a lake in California

A resident of Pennsylvania raped 4-year-old twins: he was arrested only on the second attempt

'I can't deny what is happening in Ukraine': American conductor quit Mariinsky Theater after 15 years of work