Home culture A comic book about Zelensky was released in the USA: this publishing house also has adventure books about Trump and Bush Sr.

TidalWave Comics, a publishing house of graphic novels, offers comics for every taste: from thrilling plots with Ukrainian President Volodymyr Zelensky to the biographical history of Elizabeth II. The comics are available in digital and print form across multiple platforms. 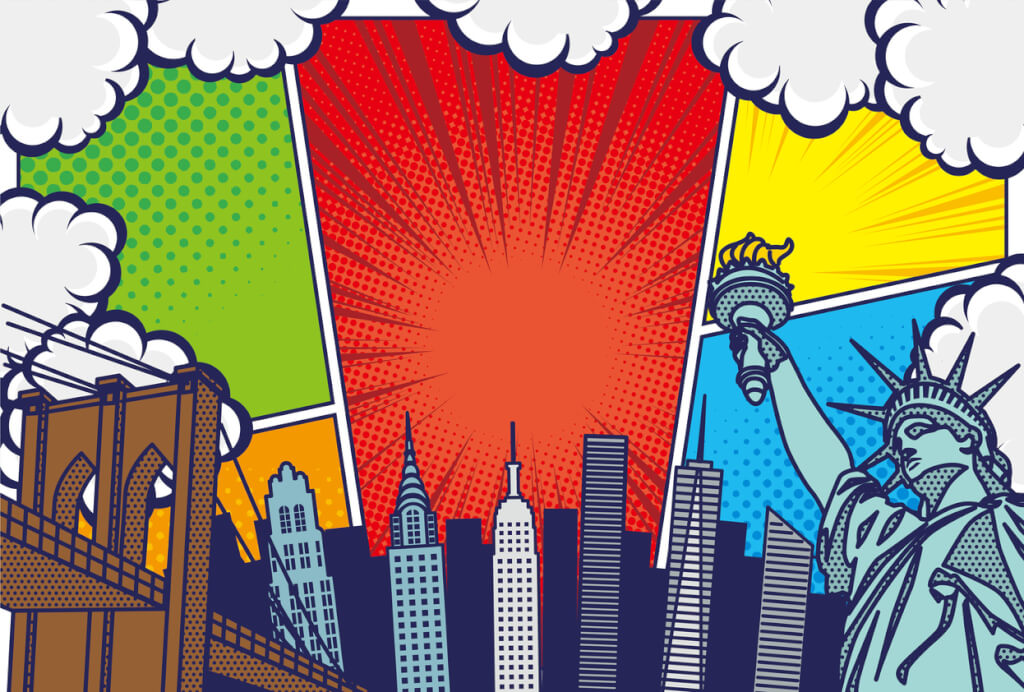 Graphic novels, short stories, exciting audio dramas on different platforms and in different genres will not leave indifferent fans of this style and just interested readers.

“As a reluctant reader, I found the form of comics to be readily available, so I have always believed that comics can entertain and educate,” said publisher Darren J. Davis.

On the subject: What to read this holiday season: Bill Gates has published a list of his favorite books

TidalWave Comics has added a comic book about the President of Ukraine to its "Political Power" series, with Vladimir Zelensky as the main character.

Political Power: Volodymyr Zelensky comics were released on May 18. Part of the profits from the comics is donated to the International Red Cross to support Ukraine.

This 22-page book, written by Michael Frizell and drawn by Pablo Martinena, is available digitally and in print and can be found on multiple platforms. A special collectible hardcover copy of the comic is also available.

Former actor and humorist Volodymyr Oleksandrovych Zelensky has taken over as the sixth president of Ukraine. For years, tensions between Ukraine and Russia have escalated as the Russian Federation aggressively annexed the Crimean peninsula. At this time, Ukrainians were implementing reforms and social changes that alienated Ukraine from Russian norms and regime.

“It was a difficult script to write. The publisher and I wanted to focus on a man outside the current media spotlight, Ukraine's war with Russia, and Zelenskiy's standoff with Putin. Who is he? What makes him work so selflessly? Why is he the right leader for Ukraine now? This is what I was interested in when I started the research,” said writer Michael Frizell.

“This book means a lot to me because of my Ukrainian background. All my grandparents immigrated from Ukraine. I wanted to use this tool not only to tell a story, but also to help in some way at the same time,” Davis said. Volodymyr Zelensky has a fascinating history.”

The biographical comic format allowed the TidalWave writers to delve into history and explore what shaped Zelensky as a person. Several media outlets, including CNN, FOX News, The Today Show, Time, and People, have featured a series of biographical comics for the company.

Available in paperback in printed form on Amazon here.

Hardcover on Amazon for sale here.

Amidst the turmoil of hopeful Republicans, in 2016 American businessman Donald J. Trump announced his candidacy for President of the United States. What happened as a result of one of the most controversial elections in modern history? This is covered in a 60-page tome Trump comics. There are pin-ups from TidalWave artists. You can read the story of Trump's rise to the top from a young age, how his family instilled ambition and energy in him, and how he combined that with skill and earning drive to build his empire.

Also, TidalWave Comics has a series of comics about other odious politicians and party representatives: Joe Biden, Kamala Harris, Pete Buttigieg and Alexandria Ocasio-Cortez and others. You can order here.

Queen Elizabeth II is one of the most iconic women since World War II. She became queen at 25, beginning the longest reign of any monarch in history at seventy years and 214 days. Yet few appreciate the richness and seriousness of Queen Elizabeth's role, seeing her as merely the figurehead of the Commonwealth of Nations, which currently has 53 countries. Her children, grandchildren and great-grandchildren ensure the continuation of the House of Windsor for generations. TidalWave invites you to learn about her fate in a touching dedication to her life and work.

You can order here.

TidalWave Comics has also added the life story of George W. Bush to its Political Power series, which focuses on political figures from around the world. This comic will be released in honor of the anniversary of his death on November 30th.

This is the story of George W. Bush, the 41st President of the United States. The TidalWave comic takes an insightful look at the incredibly rich and impressive life of this civil servant, war hero and entrepreneur.

“President George W. Bush passed away on November 30, 2018, and we wanted to honor his legacy with this candid biographical comic,” said publisher Darren J. Davis.