Home In the U.S. The first test for Alzheimer's disease goes on sale in the US

In the US, a test has begun to diagnose Alzheimer's disease. This blood test can make it much easier for people to determine if they have dementia. What is this test and how to pass it, the publication said. Fox Business. 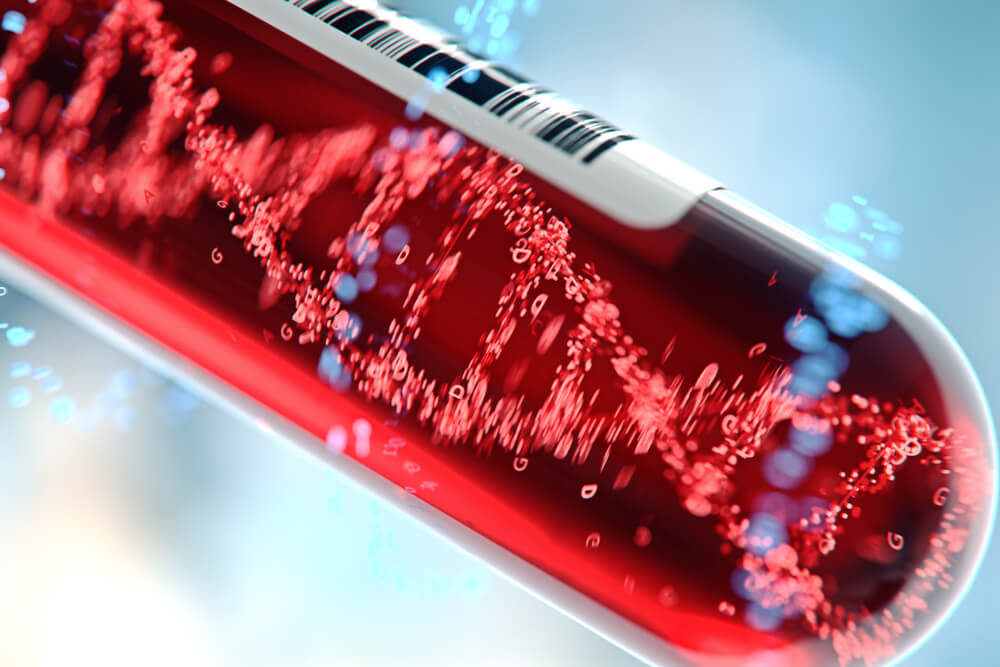 Independent experts are wary because key test results have not been released and the test has not been approved by the US Food and Drug Administration (FDA) - it is sold under more general rules for commercial laboratories. But they agree that a simple test that can be done in a doctor's office has been around for a long time.

More than 5 million people in the United States and millions more worldwide have Alzheimer's, the most common form of dementia. To be diagnosed with the condition, people must have symptoms such as memory loss as well as evidence of a build-up in the brain of a protein called amyloid beta.

By far, the best way to measure protein levels is with an expensive PET brain scan, which is usually not covered by insurance. This means that most people cannot do it and wonder if their problems are related to normal aging, Alzheimer's or something else.

On the subject: Artificial intelligence has simplified the treatment of diseases: it has solved a problem that scientists have not been given for 50 years

The test, invented by C2N Diagnostics in St. Louis, MO, aims to fill this gap. Founders include Dr. David Holtzman and Randall Bateman of the University of Washington School of Medicine, who led the study.

The test is not intended for general screening or for testing people without symptoms - it is for people 60 years or older who have thinking problems and are being screened for Alzheimer's. The cost of the test is not covered by insurance or Medicare; the company charges $ 1 per test and offers discounts based on income. Only doctors can order an analysis, the results come within 250 days. It is sold in all but a few US states. The company has also received marketing authorization in Europe.

It measures two types of amyloid particles and different forms of protein, which indicate if someone has a gene that increases their risk of disease. These factors are combined into a formula that includes age, and patients are assigned a score that indicates a low, moderate, or high likelihood of amyloid accumulation in the brain.

According to Bateman, if the test places them in the low category, “that's a good reason to look for other options,” beyond Alzheimer's.

“There are thousands of things that can cause cognitive impairment in someone,” from vitamin deficiencies to medications, Holtzman said.

“I don’t think PET is anything different from the testing we are doing now, except that it’s a blood test, not a brain scan,” he said.

The company has not released any data on the accuracy of the test. The company's promotional materials compare the test with a PET brain scan - the current gold standard - in 686 people aged 60 to 91 with cognitive impairment or dementia.

“If the PET scan showed amyloid accumulation, the blood test also gave a high probability 92% of the cases and missed 8% of them,” said CEO Dr. Joel Brownstein.

If the PET scan was negative, the blood test ruled out 77% of amyloid accumulation. The remaining 23% tested positive, but this does not necessarily mean that the blood test was incorrect. Published research suggests the test can detect amyloid buildup before it becomes apparent on a scan.

On the subject: Test developed to detect 50 types of cancer: it will be available in the USA

Braunstein said the company will seek FDA approval. He said the results of the study would be published and supported the decision to start selling the test now.

"Should we abandon this technology if it has a big impact on patient care?" - he asked.

Dr. Eliezer Maslia, head of neuroscience at the US National Institute of Aging, said the government has funded some of the test-related work as well as other types of blood tests.

“I would be careful about interpreting any of these words,” he said. "We are inspired, we are interested, we are funding this work, but we want to see results."

Heather Snyder of the Alzheimer's Association said she would not approve the test without FDA approval. The test also needs to be studied in large and diverse populations.

“It's not entirely clear how accurate or generalizable the results are,” she said.

Test developed to detect 50 types of cancer: it will be available in the USA